With many characters to choose from, Dislyte has quickly started to rank as one of the most popular games worldwide. Characters existing from Greek and Norse mythologies give the player base something to grab onto. The controller, support, defender, and fighter Esper aspect adds even more fun to the game. Amongst these Espers, Berenice in Dislyte happens to be one of them, who we will uncover everything there is to know about! Get more information on how to get an excellent main DPS to pair with Berenice by following our Dislyte Reroll Guide!

If you are completely unaware of her, Berenice is 3-star support which is quite easy to acquire from the gacha known as “Echo.” Keep in mind that she is not meant to be a fighter, neither is she meant to be a main-DPS unit, and she is solely there to be on the sidelines while the main DPS does the damage. Also, read our Best Dislyte Characters and learn about the top-tier Espers you can use for harder story content!

She can grant her fellow Espers a shield with her support capabilities before the fight even begins. The shield is solely based on her max Health Points, which greatly helps keep the main DPS and other supports and controllers alive in combat, and it lasts for 2 turns before disappearing. Before reading further, consider going through our Dislyte Esper Fusion guide.

One of her stronger abilities is that she can apply the “Def Down” debuff on enemies, which makes them a lot more vulnerable and susceptible to Esper attacks, which helps gain victory even faster. Berenice in Dislyte is surely an underrated character, and she is slowly starting to rise the charts.

With her “AP Down” debuff ability, she shines against bosses like Fafnir and story content while also being able to do admirably well in the Cube Miracle. Let’s discover more about her! If you want to build more 3 star Espers that are viable in combat, then our Dislyte Tang Yun guide is the one for you!

Three main skills accompany every Esper, also reiterated as S1, S2, and S3 skills, alongside there being a Captain ability too, which allows them to give the entire party a combinative buff. Berenice also has these three main skills, as seen below:

One of the first Berenice skills includes Feline Grace, which entails her attacking the enemy a total of 3 times, and each attack will inflict damage that is equivalent to 25% of her base attack. There is a 30% chance that she will also apply a “Def Down” debuff to enemies for a total of 2 turns.

With instant combo in hand, this is considered her S2 skills, which grants her the ability to unleash attacks against enemies a total of 3 times, all of which will inflict damage that will equate to 50% of her base attack. There is also a 30% chance that she can reduce the opponent’s AP by 15%. The cooldown for this is 4 turns.

Last but not least, her last skill offers her and her fellow Espers a shield that will absorb damage based on 15% of her max Health Points. The shield itself runs out after 2 turns, which is enough for the main damage dealer to obliterate opponents by them. If any other fellow Esper is already buffed up, the shield strength will be enhanced by 30%.

Now, if players decide to make her the captain of their five-Esper team, they can expect the overall Resistance of the team to increase by 20%. Just like Berenice, Gabrielle is also another excellent Esper, and you might want to check out our Dislyte Gabrielle Guide in order to build her!

As for the ascension phases, Esper Berenice has six main phases that players can level up to get a certain amount of buffs that can help them out in combat. Below listed are the phases:

Another important aspect of building any Esper includes gearing them up with the best of the best relic sets that they need to min-max their kit. Players who want to use Berenice as support in Dislyte for their party will require a solid set, which they can check below in the three most popular recommended relic sets.

One of the most popular Berenice Relics sets is the Wind Walker Set x4, which grants Berenice 25% extra speed as it’s a four-piece set bonus. With this in her arsenal, she can perform pretty well in combat and help her main fighters win the battle.

Perhaps the most used 2 piece set is the Adamantine Set x2 for Berenice. With this in her hand, she can provide all fellow Espers with a starting shield that will be able to absorb damage that is equivalent to 15% of her overall HP.

Subsequently, another important set that players can work with is the Ocean Waves Set x4, which gives Berenice the chance to get rid of cooldowns for all abilities by one turn. This allows Berenice and other Espers to cast down their abilities onto opponents and render them useless.

As for the second most popular set, players can go for the Master Grove Set x2, which will buff up Esper Berenice’s HP by 25%, which is important because she can take in as much extra HP as possible.

The final most popular set that Dislyte Berenice can use is the Abiding Panacea Set x4. While it is not the best relic set for her, it can be a last resort for when players do not have any others, and essentially what it does is that it will increase the overall Healing Efficacy by 30%. This allows her phase 3 ascension to come even more handy in battle.

As for the final relic set, the Sword Avatara Set x2 is not a bad option either. Essentially what it will provide for Berenice is that it will give her a 25% chance to counterattack anytime an opponent launches an attack against her.

Since Esper Berenice is three-star support Esper, there are certain places where she will shine, while there are also areas where the Berenice Playstyle will not suit some people’s preferences. However, overall she is a solid character that deserves a chance on everyone’s team. If you are a complete beginner at Dislyte, then educate yourself on how the game works by reading our Dislyte Beginner Guide!

With that, we will wrap up our Dislyte Berenice guide! We hope you enjoyed it! If Berenice is not to your liking, then you might want to read up on our Dislyte Li Ling Guide, as he is one of the most overpowered DPSes available! 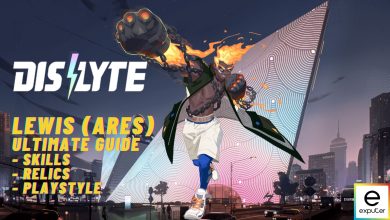 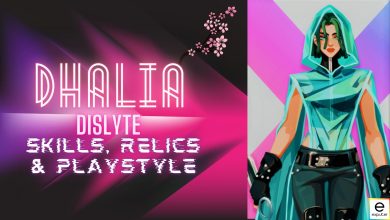 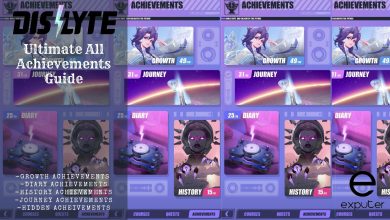 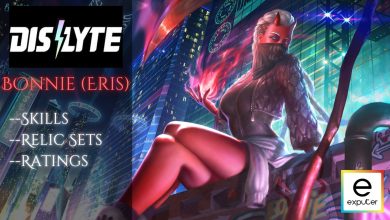 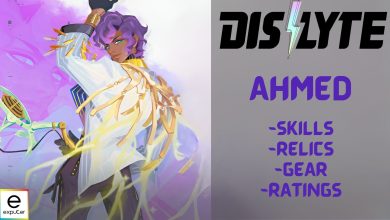