Now, as we mentioned earlier, there are several ways through which you can get your hands on this powerful Command Materia. In specific, there are a total of 4 methods in the game, which end with you having the Blast Wave Materia in your arsenal. Those four ways are as the following:

First, let us tackle the method that requires you to fuse different types of materia to acquire the all-mighty Blast Wave. Now, through testing and researching, we found a couple of fusions that could lead to you having a Blast Wave Materia. However, we would like to add that we believe there are more fusions possible that could lead to a Blast Wave depending on the level of the materia you are using.

Furthermore, the materia fusion recipes that we were able to figure out are as the following:

And for those wondering Materia Fusion is a technique through which you can fuse together different Materia and create a new unique materia. However, the materia that you receive depends on the level of the materia and the materia itself that you use.

Yes, you can be rewarded with the Blast Wave materia if you know which chest you have to open and during which mission. And in our case, the specific missions are the following:

Now that you know the missions, all you need to do is go through these missions and look in every possible corner during the mission to find chests that could possibly hold your precious Blast Wave.

Completion Reward Of A Mission

Another way possible way for you to get the Blast Wave is to complete a specific mission that will reward you with it. The mission that you are supposed to complete is  M-3-3-6: Regain The Mako Facility. In our opinion, it is the easiest possible way through which you can get the Blast Wave, and it is also a guaranteed reward. However, you should keep in mind that this is the only mission in the entire game that will reward you with the blast wave.

Stealing It From A Boss

Yes, you are also able to steal the blast wave from an enemy. However, the enemy that you are supposed to defeat in order to get the Blast Wave is the Martial Tank which is a literal tank, which translates to it having a massive amount of HP. Its HP is easily above 100,000. Furthermore, the Martial Tank is a boss that you can find in the following two missions:

A word of advice from us is that you should be fully prepared before you take on this boss and focus more on having an arsenal that can provide you with the most amount of damage per second.

Above are the stats of the powerful Blast Wave materia skill that astonishingly only costs 12 AP to perform. And the main ability of the materia is to throw the enemies out of the battle area, which automatically eliminates them. When you activate the materia, Zack will lunge into the air and drive his sword down into the ground, leading to a shock wave that will send the enemies flying all around.

In a game like Crisis Core Reunion, Zack’s sword is not the only way to defeat a powerful foe. You can invest your resources and time towards Materia to obtain some unique, special, and best materia that could give you an advantage over your foes in the game.

Also, you can gain the attribute bonus, which adds +1 for each level you achieve up to the max level. Yes, it is definitely a materia that you should have, as it will come in handy when you are stuck in sticky situations.

And with this, we bring our Blast Wave Crisis Core guide to an end. In it, we thoroughly discussed how you could obtain the Blast Wave Materia because you will be urged to obtain it due to its wonderful abilities. However, if you believe that we left something out, please let us know in the comment below. 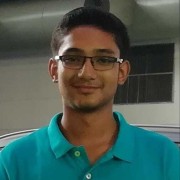