Heike Soul is one of the rings in Crisis Core Final Fantasy VII Reunion that will grant several buffs to the player. There are a lot of effects attached to the ring, like making Zack immune to all Elemental Attacks and increasing the items obtained from the enemies. However, the players won’t be able to obtain it until they complete all the missions in the game.

How To Get Heike Soul

Unfortunately, the players would only be able to get the Heike Soul after completing all the missions in Crisis Core. However, the ring is worth it as it is one of the most powerful items in the game.

We recommend using the ring in combination with the Genji Helmet and Genji Shield to make your build even more powerful.

Following are all the effects granted by the Soul of Heike in the Crisis Core Reunion.

The best part about Heike Soul is that it will give you a combined effect of the following items or materia in the best possible way to make your attacks more powerful than before.

The best part about Heike Soul is that it will grant you the effect of many items in Crisis Core.

By using the Heike Soul, your HP limit will be set to 99999. Therefore, you will be able to fight the end-game bosses like Minerva quite easily, and you will not have to worry about your health all the time. Another great effect of Heike Soul is that you will get the MP and AP limit set at 9999.

The damage limit will be set to 99999, allowing you to deal the maximum damage to enemies. Since you will get the effects of the wizard bracelet from Heike Soul as well, you will get plus 60% in MP, 25% SPR and +5 VIT. Any elemental attacks will allow you to absorb HP from them, including the lightning ice and fire-based attacks.

Also, the Heike Soul ring will allow you to use the perk of Doc’s code ring as well; therefore, in critical situations, they will be able to consume the potion automatically in Crisis Core. Just like the Brigand Glove ring, the Heike Soul ring also has an additional effect that will guarantee a successful steal from your opponent in the game.

Your luck will increase significantly, and the items you steal or the items dropped by enemies will always be rare. Any items or Gil dropped by the enemies will be doubled. You will be able to use Libra, which will allow you to detect the status of your targeted enemies.

The smart consumer effect that you get from Heike Soul will increase the effectiveness of all consumables in Crisis Core.  The impact of your attacks on enemies will be increased significantly, and your defense will improve as well.

However, keep in mind that since it will give you the effect of the curse ring as well so you will always be cursed.

This week includes our detailed guide on Heike Soul and how to get it in Crisis Core Final Fantasy VII Reunion. In order to get the maximum effect out of the ring, we recommend that you pair it with the Genji armor set. 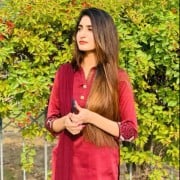