Dark And Darker is a game that is best known to be played as a team but considering that players are going to be wanting to test out their strengths, the High-Roller allows players to go solo, which is where players might need help figuring out what the Dark And Darker Best Solo Class might be and might need assistance in how the overall playstyle runs, abilities and more!

Now, one of the first things that players should keep in mind is that there aren’t a lot of classes that can solo the High-Roller modes; since the difficulty of the game mode has already been amped up, players need to be careful with the classes that they pick out whenever they are diving head-first into solo-playing.

Players will have to choose carefully if they want to go for an onfield fighting style or if they simply want to rat away their game, and classes will be categorized according to the preferred playstyle.

Now, when it comes to the overall playstyle of the rogue class, players who decide to go as a rogue will be able to take advantage of their invisibility. Rogues can take forth a deceptive look, being able to slip through other players without letting them know of their existence to carry out their deeds.

The invisibility allows for ultimate stealth gameplay, and players won’t have to hide out consistently if they dare to go solo. There’s a reason why the rogue is described as a sly assassin; they’re literally able to move between the cracks without making too much sound and can easily get through any fight or situation.

Moving onto the perks, players will be able to use the following perks:

Moving on, let’s talk a little bit about why players might want to choose the Rogue class in the first place, and their pros are listed below:

While the class is pretty good at being solo, it doesn’t mean that it doesn’t come with its cons:

Another class players might want to try out as going in solo-play will be the ranger. While it might not be the Dark And Darker Best Solo Class, it still holds credibility as a pretty solid alternative.

With the ranger being your chosen option, players will be able to make use of the surviving capabilities since the main reason that players might even go for a solo-play as a ranger is simply being able to stay at a safe distance and sniping enemies from as far away as possible without needing come face to face with them.

Players can also set their eyes on their enemies, seeing where they are coming from, and tracking all the more easier, making the ranger class a pretty solid option if you are daring to go as a solo player.

As for the select weapons, players will simply be able to use any ranged weapons on hand to play as anger.

Moving onto the skills that are offered for the rangers, they are going to be as follows:

As for the perks for the ranger class, they will be as follows:

If you’re going to be a solo player and want to commit to it, then players should know why they might want to choose it:

Other than that, with pros also come the cons of rangers, which will be a few:

Last but not least, we have the cleric class, which won’t be a class where players prioritize doing great damage or being in front of the enemy players. Still, it will rather be the Dark And Darker Best Solo Class if you want to focus on rat-type gameplay rather than going head-on.

The cleric class can take advantage of its faith to be excellent healers, especially when you are playing solo. Players want to keep in mind that if you want to play as a cleric and carry out rat-type gameplay, then you want to have quite a few invisibility potions on hand.

The main way that players will want to play as a cleric is that if you can hear any enemies come in close to you, then you should be able to pop an invisibility potion and simply go invisible for a set period until you let them pass.

There will be a total of 5 abilities that players will be able to use whenever they are playing as a cleric:

When it comes to the perks for the cleric class, they are going ot be listed as follows:

Players will also be able to make use of a few cleric spells, which will belong to different tiers as follows:

Apart from that, clerics will also be able to have quite a few advantages that players will be able to take advantage of:

With the few advantages that the cleric class has, there’s a reason why players are advised not to play and fight if they are soloing as a cleric since the cons will be as follows:

Now, there will be a few tips and tricks that players might want to follow if they decide to be solo players.

The main reason that players want to do this is simply for better survivability. If players are caught before they can run, hit or attack, it does not give them any reaction time. Therefore, it is crucial to react fast.

And there we have it! Three classes that players can use while soloing, and with that, we will wrap up our Dark And Darker Best Solo Class guide! If you are completely new to the game, you might want to read up on our Dark And Darker Tips And Tricks guide, which will give you a rundown of the best starter tips players should follow to progress further!

You might also want to check out our Dark And Darker Best Classes guide, which will give you an in-depth showcase of how all classes operate! 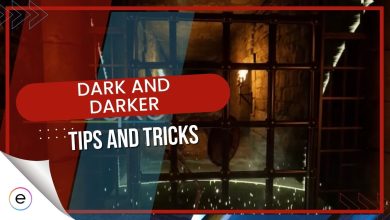