Diablo Immortal is an RPG game produced by Activision Blizzard. Also, It’s available on Mobiles and PCs. It comes with unique and State-of-the-art gameplay and features. Apart from that, fascinating characters are available with unique skins. You can even upgrade your characters with a wide variety of excellent items.

It’s the latest game in the Diablo series. Multiplayer game comes with incredible action, which can be played online. Diablo immortal revolves around loot. One of the core elements is finding progressively powerful weapons and items.

Most ferocious are legendary items that must be farmed to progress. While you are at it, go through Diablo Immortal How to Become Immortal and Secrets guides.

Legendary items are genuinely crucial for turning your character into a blood-sucking monster. These items enhance your character skills and improve your rating in combat.

In this guide, you will learn about legendary items in detail. Also, we will expound on details like how to farm them, find them, and much more. Before going further, have a look at our guides like Diablo Immortal Shadow Lottery and Exploits guides.

How To Farm Legendary Items In Diablo Immortal

Mainly, there are two effective ways of Farming legendary items in Diablo immortal. The first revolves around Codex. When you are in Codex, you will find certain dungeons that are marked.

The second way is challenging but equally rewarding. However, it’s crucial to complete the main quest and reach level 60. After that, reach Westmarch and open the world map. Then, select the difficulty level. “Hell 2”. At this difficulty level, enemies hit harder and have more health.

Now, you can gain more experience points from enemies. Also, there is an increased chance of Legendary items dropping once you kill these monsters. Keep clearing dungeons at higher difficulty levels, and you will have a higher chance of receiving these items.

In short, there are four ways for Diablo Immortal Legendary items Farming.

Purchasing is another way to farm Legendary items in Diablo Immortal. But you can not buy them directly. Instead, you have to buy a Legendary crest to have a higher chance of receiving Legendary items at Elder Rift events.

In each Elder rift, a dungeon will be generated randomly with a huge number of monsters you can kill. Also, go through our guides like How To Get Skill Stone In Diablo Immortal and Skarn Helliquary guides.

Apart from that, the Battle pass also allows you to earn in-game currency, which can obtain more Legendary Crests and Legendary items.

How To Get Legendary Items

Various opportunities are available in the game to collect Legendary items. However, a few activities have a high probability of receiving these items than others. Also, we have a tip for you. Killing monsters is one of the most effective ways.

So, try to kill multiple monsters in quests. Here is a list of activities with a guaranteed Legendary item drop chance. Once you get a drop, the next step is farming Legendary items in Diablo Immortal.

Legendary items drop are pretty random, and there is no one place where you can get them. However, they are targetable with correct knowledge of locations. Each item in the set is dropped at a different location.

So, we have a list of all set items and their locations. Knowing all the locations makes Diablo Immortal Legendary items farming easy. On the subject of the set locations, go through our Best Diablo Immortal Set Items guide to know more.

Legendary items are available for all equipment slots, including shoulder, chest, legs, main-hand weapon, and off-hand. On the other hand, we have six classes for characters that can be upgraded with Legendary items.

These classes contain Barbarian, Crusader, Demon Hunter, Necromancer, Monk, and Wizard. A complete description of Diablo Immortal classes and items is as follows:

Before going further, check out our guide on Diablo Immortal Best Class.

Well, it’s all we have about Diablo Immortal Legendary items farming. We explained each and every aspect in great detail.

Upgrade characters using your favorite skin and farm Legendary items like a boss. For further queries, drop your comments. 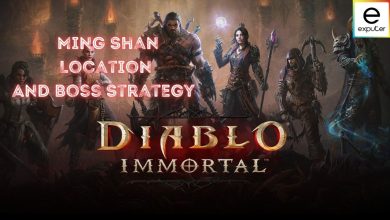 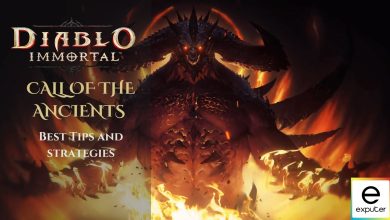 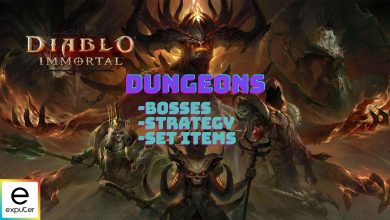