The all-new Diablo Immortal where you fight ancient bosses and reveal the secrets between Diablo 2 and 3. Diablo Immortal features a wide variety of quests, bosses, and RPG elements. The game has many demon bosses, of which the most noticeable and important are the World Bosses. Also, consider reading our

Amongst these bosses, one of the most powerful and attractive in loot is the Diablo Immortal Sandstone Golem. Another one of the demon bosses is Vitaath, who has been recently added to the Helliquary. But to take on such end-level bosses, the player must also be of high level. To reach a high level, there are a few ways, and these ways are discussed in Diablo Immortal Max Level guide.

If you are looking to defeat the Sandstone Golem, you will require a strong build class. Diablo Immortal features a total of six build classes which are the Barbarian, Necromancer, Demon Hunter, Wizard, Monk, and the Crusader. To choose which class suits your playstyle the most, give Diablo Immortal Best Solo Class guide a quick read.

You might also need to learn some of the best Diablo Immortal tips and tricks up your sleeve to defeat the Sandstone golem, as he is a very feisty World Boss. However, if you are looking to take on the Sandstone Golem, then first you have to locate him.

How To Find Sandstone Golem in Diablo Immortal

The Diablo Immortal Sandstone Golem is not found, he is summoned. To summon him you first have to collect 5 Lost Pages that are found in the area of the Library of Zoltun Kulle. These pages randomly spawn in the vicinity of the Library. Once you have collected all 5 pages then they can be fused together to form a Portal Tome. At one time you can have 5 Portal Tomes.

Each time you one of the Portal Tomes it will open a portal to Kulle’s Secret Chamber. However, sometimes it opens up a portal to the World Bosses. Be sure to visit every portal you open as it consumes a portal tome. And also keep in mind that if you enter someone else’s portal it will cost you a portal tome. To increase the chances of opening the World boss portal open the portals with a group of friends at the same time.

There are two World Bosses that spawn in the vicinity of the Library. One of them is the Fleshcraft hydra and the other is the Sandstone Golem. The Sandstone Golem is located to the northeast of the Chaos Enige across the magical bridge.

There is only one true strategy that you will find to be very effective in defeating many types of bosses in Diablo Immortal including the Sandstone Golem. First, you will require a strong class setup as I mentioned before. Once you have built your class, you will need to upgrade it as much as you can. Keep in mind that you will require a high DPS ( Damage per second ) build as the Sandstone Golem has a lot of HP ( Health Points ).

Now, the strategy that we recommend is to group together a strong and united team that will fight alongside you. The boss has a lot of HP so all your teammates will have to fight together. The main goal is to produce the highest possible DPS so that the boss is depleted of his HP.

Except that just keep spamming your most powerful and fast attacks to do as much damage as possible. If you keep this strategy in mind then it won’t take long for the mighty Sandstone Golem to fall victim to your terror.

After defeating the Diablo Immortal Sandstone Golem you will receive 2 to 3 random items as rewards and a random amount of experience. However, the boss does drop guaranteed pieces of Enchanted Dust which are widely used to upgrade your equipment. So you can farm the Enchanted Dust from the Sandstone Golem.

This concludes our guide on the Diablo Immortal Sandstone Golem which is one of the World Bosses in-game. We discussed how to meet the requirements to get him to spawn and possible rewards that are dropped by defeating him. 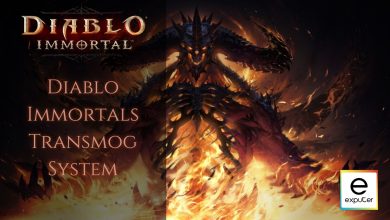 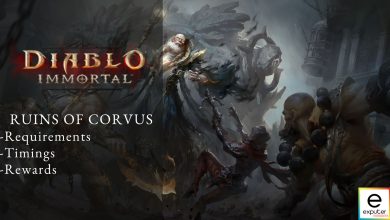 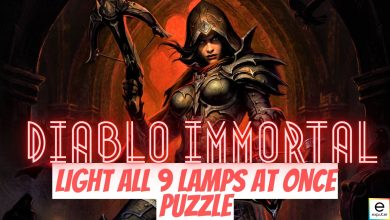 Diablo Immortal Light All 9 Lamps At Once [Puzzle] 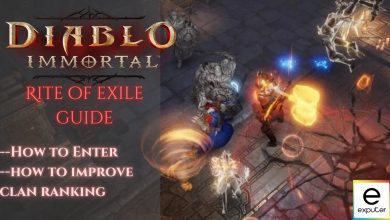 Diablo Immortal Rite of Exile: How To Enter 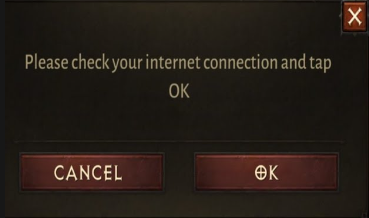