The all-new Diablo Immortal is a free-to-play action RPG. Which also features multiplayer cross-platform gameplay. The game’s timeline is between Diablo 2 and 3. The game has a faction system that is very different from other games in its category. The factions in Diablo Immortal directly affect the story of the game. Hence, making them a key feature of the game. In Diablo Immortal, there are three types of factions. Namely Immortals, Adventurers, and Shadows.

The Adventurers is a faction that is in between the bunch. Not evil nor good. This is basically where you start the game. While the Immortals are the ones that will defend the Cycle of Strife. Next are the Shadows. Our guide will be covering all the information that you could require on the Shadows Faction.

What Is Diablo Immortal Shadows Faction

Diablo Immortals PVP is heavily based on the two major factions, which are Immortals and Shadows. The basic objective of Shadows is to defeat Immortals and to take over their place in the Cycle of Strife as the new defenders. But first, you have to join the Shadows, which majorly depends on luck. However, to join, you must have a strong build. We suggest reading Diablo Immortal Best Solo Classes: Builds & Playstyle to uncover your true potential.

How To Join The Shadows?

Firstly to join the Shadows, you at least have to be level 43 as well as complete the Bilefen storyline. If you meet both the requirements, then you can join the Shadows. Mainly there are two methods to enter into the Shadows, and both require you to be chosen in the Shadow lottery. To level up faster, give Diablo Immortal Max Level: Tips To Level Up Faster a quick read.

The first method is to get chosen in the lottery, which takes place in Westmarch Tavern thrice a day. For this, you have to talk to the Mysterious Patron. It is where luck comes into play. Talk over and over again with the Mysterious Patron until you succeed in receiving an invitation from the Shadows.

Once you have completed the above tasks, you will receive Akebas Signet. And you can now join the Shadows in their dark ways. To complete these, you can choose different builds according to your playing style. Some of the major builds that we have covered are Demon Hunter, Crusader, Necromancer, and the Barbarian build in Diablo Immortal.

The alternative method of joining the Shadows is to receive an invitation from an existing member of the faction. However, the member needs to be a  friend who also needs to win the lottery again for you. You will also require the Akebas Signet for this method.

What Are the Tasks Of A Shadow Member?

Once you have become a Shadow, your main task is to defeat the Immortals through the Rite of Exile. However, to join the Rite of Exile, you first need to join a Dark Clan and complete the task given to your clan. The best of the best clans are selected for the Rite of Exile. So first, raise your rank as well as your clans rank. To do that you have to take part in several activities.

For the new members of the Shadows it will be the activity that they will complete repeatedly to unlock more ranks as well as activities. In this activity, you will have to defeat enemies that will get stronger as you progress through each floor. By doing this you will earn Marks that are used to raise your rank. You can find the activity in the Court of Whispers, which is the base of operations for the Shadows. You will have to interact with Noun to start this activity.

The next activity is the Contracts, which are unlocked by using Marks to increase your rank to Initiate 2. These contracts can be taken from the bartender in Westmarch Tavern. However, they are weekly contracts that will reward you with up to 700 Marks by the end of the week.

This is one of the best ways to gather loot and items. Thus making it popular amongst players. Basically, you have to raid the vaults of Immortals. From this, you will earn legendary items and gear. The quality and quantity of the loot depend on the number of Essentia that is gathered during the raid.

Twice a day a shadow member can take place in battleground 8v8 mode to earn up to 75 hilts. These hilts are used to buy crests in-game. However, to participate in these battlegrounds, you need to be at least level 55. To participate, talk to the Captain of the battleground in Westmarch. You can also spend these hilts to obtain some of the best gems in Diablo Immortal and earn certain buffs.

Each rank in the Shadows faction gives a percentage buff to defense and damage; hence it is quite useful. The percentage depends on the rank and tier. There are four tiers in each rank. The ranks in order of low to high are:

In the rite of exile, the top 10 dark clans will be chosen to fight the immortals.  You have to win half matches at least to proceed further. After winning half matches, the Challenge of the Immortals starts. Where you have to defeat a huge immortal raid boss with the help of your friends; if this boss is defeated, then the Shadows become the new immortals of the server. They can also choose to bring two more dark clans to the Hall of immortals.

With it, we conclude our guide on the Shadows Faction. We tried our best to cover all the key points, and we also hope that this guide helped you in your decision to join which faction. 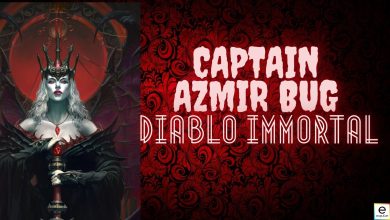 Diablo Immortal Aspirant’s Key: How To Buy, Farm & Use