If you want to know more about the best espers in Dislyte, then consider reading our Dislyte Tier List. And if you are new to the game, we advise checking out our Dislyte Beginners Guide.

Role of Dhalia in Dislyte

She has a stern attitude, but despite that, she is very popular and is adored among her students due to her heroics. Even if you are a favorite student, don’t think about slacking on your homework because no detail escapes her veteran eye.

How to Summon Dhalia in Dislyte?

Espers in Dislyte are summoned in the game through a system which is called “Echo”. Echo is extremely similar to the summon systems that are featured in other Gacha games, like the wish system in Genshin Impact.

Dhalia, in particular, is a Ripple Dimension exclusive that you will have to farm to get. She is exclusive to the dimension, so it means she cannot be summoned from anywhere else. It makes getting Dhalia quite a chore for people who don’t spend too much time on the game.

There is also a lucky roll which is similar to echo. So, you can hope that you get the esper that you desire from it. This tiresome process of getting the character you want is very common in Gachas. When you pass the hurdle and get Dhalia, she is a very solid support class that you can even build into a full tank.

Why Should You Use Dhalia?

Dhalia is one of the strongest espers in Dislyte, and the main reason to use Dhalia is to be a great support class. If you enjoy playing support, she is one of the best choices because she can straight-up be built into a tank unit.

What is a Gacha Game?

A Gacha game is a videogame whose main gameplay focus implements the Gacha System. The word “Gacha” comes from an old type of vending machine that was used in Japan and sold toys.

The toys came out randomly from the vending machine, and you could not pick on your own. The echo system and other Gacha systems in Gacha games are exactly like this. You can only hope you get lucky enough to get the character you wanted.

Skills of Dhalia in Dislyte

In Dislyte, when during combat when espers fight, they use powerful attacks and abilities. Of course, every esper has their own set of unique skills and abilities. They can support, defend or attack. When an esper engages in battle, it evolves their abilities.

What type of abilities an esper possess depends on their specialty. In our case, Dhalia specializes in support, and she possesses the Flow element.

All four of Dhalia’s abilities concentrate on healing her teammates and making sure that they don’t die. Let us now discuss all of these abilities in detail.

Sneak Attack is Dhalia’s first skill. It is an ability that inflicts 110% Attack(ATK) damage to an enemy, and the special effect of the skill is that it also has a 50% chance of stunning an enemy for one turn.

Umbra Attack is Dhalia’s second skill. This is a vicious ability that attacks the enemy three times, and each hit deals damage equal to 50% of the Attack(ATK). There is a 70% chance of inflicting Speed(SPD) Down for two turns. It also inflicts the Freeze status on the enemy.

Captain abilities in Dislyte are special abilities that can only be used when the esper is chosen as the team leader or captain. We highly advise you to use an esper whose ability can benefit all allies and not just themself.

Dhalia’s captain ability is support one. It makes her an ideal choice for the captain as her ability assists all the allies. Dhalia’s ability increases the health of all allies by 30%. This can help you greatly when fighting the Ritual Miracle and Sonic Miracle bosses.

Relic sets are items you can mix up and equip on your espers to buff them and their abilities. These are also very similar to the relics you can equip on your character in Genshin Impact. For a support class like Dhalia, we recommend the following sets:

The first recommended set for Dhalia is x4 Wind Waker, which increases Speed(SPD) by 25%, and x2 Adamantine, which makes it so that all ally espers start the battle with a Shield that is equal to 15% of max HP. This lasts two turns.

The second set that we recommend is x4 Wind Waker, similar to the first set, and x2 Fiery Incandescence which increases your C. Rate by 20%.

The third set that we will recommend is for the games PvP. Like the other sets, you must equip x4 Wind Waker and then equip 2x The Light Above as this begins the battle with immunity and lasts for one turn.

For a more detailed look at all the relics found in Dislyte so that you can make your own cool sets, we advise you to check out our Dislyte Relic Guide.

The playstyle of Dhalia is a supportive one. Her main purpose is to make sure her teammates don’t die and perform well. With the sets, we have recommended you will be able to be the best support Dhalia possible. Dhalia is a very solid healer.

Try to stick behind, and don’t rush yourself for the kill. Support your team and make sure they are all doing their best this way, you will have the power of others, and you will be using your own too. The playstyle for almost all the support espers is based on the phrase “Slow and Steady Wins the Race”.

All the espers become more efficient whenever you ascend them using Starimons. Starimons are the pivotal items for the progression in the game. Using a Starimon on an esper ascends them and increases their level cap alongside boosts their abilities as well. Each esper can be ascended six times.

When you ascend Dhalia for the first time, she will get a 70% increase in her Attack(ATK) power and will receive x15 Basic Flow Wave.

After Dhalia reaches her second ascension level in Dislyte, she will get a +950 increase in her Health(HP) and will receive x20 Basic Flow Wave.

When you ascent Dhalia for the third time, she will get an upgrade to her Sonic Camo skill. She will also receive x25 Basic Flow Wave and x15 Advanced Flow Wave.

When Dhalia gets to ascension level 4, she will get a 10% increase in her Health(HP). She will also receive x20 Advanced Flow Wave and x10 Elite Flow Wave.

After Dhalia reaches her ascension level 5, she will get a 15% increase in her Accuracy(ACC). Dhalia will also receive x30 Advanced Flow Wave and x15 Elite Flow Wave.

This is the maximum ascension level an esper can reach in Dislyte. When Dhalia reaches it, she will get a 10% increase in her Speed(SPD). She will also get x40 Advanced Flow Wave and x30 Elite Flow Wave.

Pros and Cons of Dhalia Dislyte

Now that we have discussed Dhalia in detail, let’s have a basic idea of her pros and cons. She is an excellent esper, so there are very few cons and many pros.

That is pretty much all you need to know about Dhalia in Dislyte. I personally really like her mainly because I enjoy playing support classes in MMORPGs. I also dig her design.

Dislyte was developed by Lilith Games, the third-largest videogame publisher and developer in China. If that name sounds familiar, you might know them if you have played ARK Arena or Rise of Kingdoms. So far, the game has garnered quite positive reception.

If you are having trouble with something or are looking for something in Dislyte, consider checking out our Dislyte Wiki. We are sure you will find whatever you want there.

The game has also gained a lot of popularity alongside its critical success. Dislyte on Google Play alone has 1 million players. We would love to hear your thoughts about Dislyte in the comment section below.

Dislyte is an RPG that features a turn-based combat system. The game was released this May and gained much popularity because of its art style, characters, and aesthetics. The game’s main focus is on the Gacha System, which allows players to unlock some of the characters by using the game’s spins. 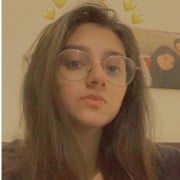