Like many other games like Raid Shadow Legends, the marketing campaign for Dislyte includes sponsoring content creators on YouTube for their promotion. One of such content creators is Jonathan Aryan Jafari better known as JonTron who recently uploaded a sponsored video on his YouTube channel for the promotion of the game. After its upload, the video was able to gain more than a million views in just about ten days. So, in this article, we will be talking all about the promotion video posted by JonTron on Dislyte.

In addition to the unique gameplay, the excellent marketing campaign has played a major role in the success of Dislyte. If you are interested in character guides for Dislyte then Consider reading our Dislyte Drew and Berenice Esper guides. 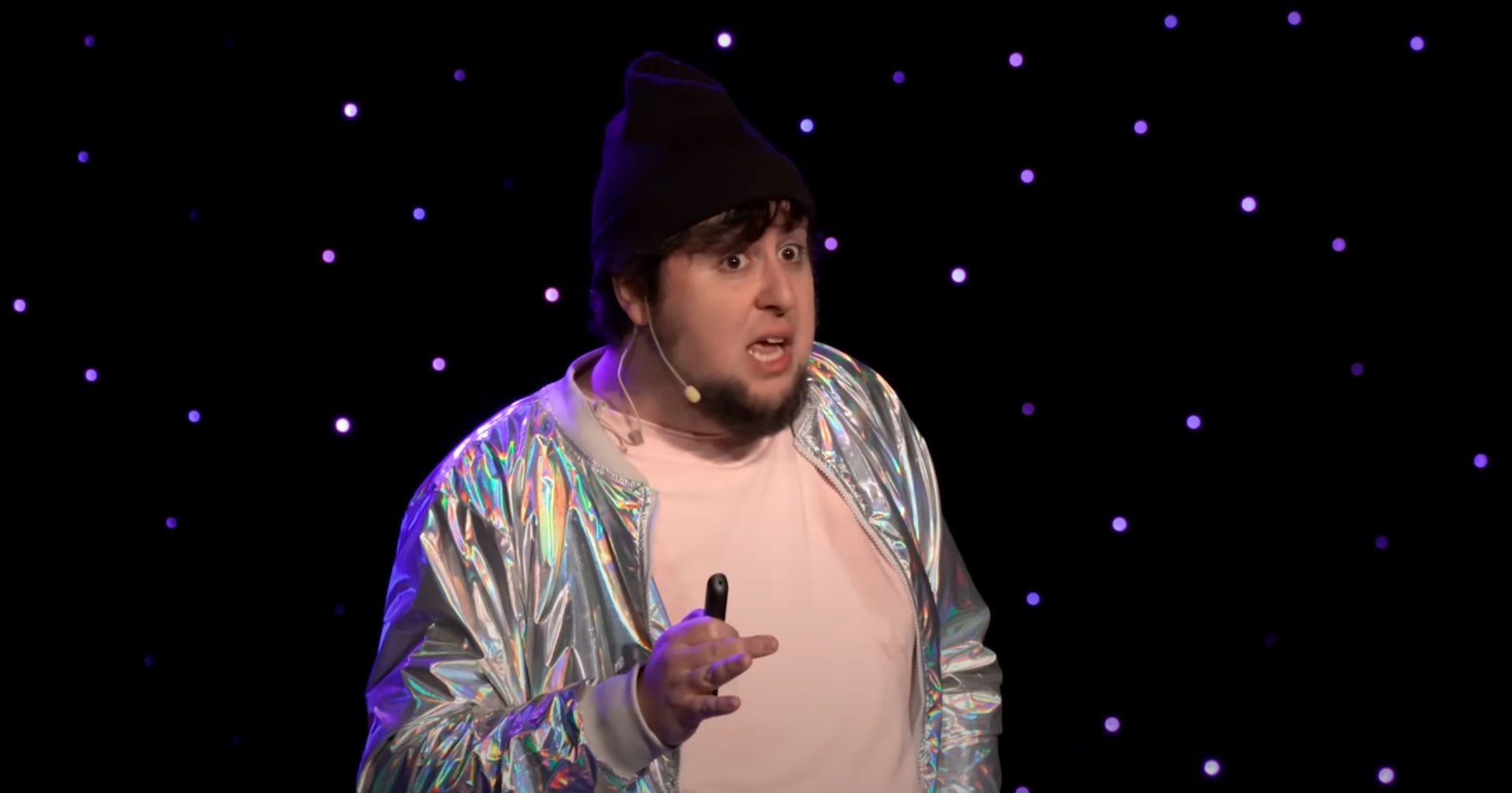 Notorious for his irregular upload schedule, JonTron is an American YouTuber who runs a YouTube channel by the name of JonTronShow. His channel mainly revolves around gaming, comedy, and reviews. With over 6.5 million subscribers, he is a big name in the content-creating arena.

We all know that sponsored videos and segments can be a bit boring to watch. However, JonTron is famous for cleverly disguising his sponsored segments into complete videos. The way he presents his sponsors in a comedic skit is never boring for his viewers. His peculiar video format makes him an excellent candidate for marketing any game.

This brings us to the topic of this article which is the promotion video by JonTron on Dislyte.

A video was posted on JonTronShow on the 15th of May 2022. Its title was “You Will Not Recover from Watching this Video – JonTron”. The video starts with an animation that seems like a parody of what we usually see in TED talks. The changed name for the organization is now introduced as “Talks inspiring talks (Spontaneously)”.

This leads most of the viewers to believe that the video will be a comedic sketch based on TED talks.

As the video progresses JonTron now introduces the premise of his talk which is supposedly called “The Science of Being Cool and the magic behind it.” To this point, there is not even a single mention of a sponsor or even a video game. Every average viewer is now hooked on the concept of a parody for TED talks.

The Talk and The Man Himself

The talk begins with JonTron chaotically taking the stage in a comedic fashion. He then proceeds to deliver a funny and inspirational talk about the secret behind becoming as cool as him. The magic happens once he starts going through his slides.

The Magic (JonTron On Dislyte)

As he talks about his transformation from being a normal person to the cool guy he is now, he casually refers to this change as a Miracle. This is where he starts referencing the Miracles from the game on his slides. This sudden reference to the game makes it confusing to even comprehend what is going on.

As the talk proceeds, JonTron finally decides to reveal the secret behind how he got to be so cool. This is of course revealed as Dislyte the mobile game. After this Jon proceeds to talk for two minutes about how his audience should not give up a chance to become an Esper against the Miramons.

The skit ends around the four-minute mark, and we are cut back to a much more formal introduction for the sponsors of Jon’s video where he then proceeds to tell us more about the game.

The Premise & Game Setting Of Dislyte

After its initial release on January 10th, 2022, the relatively new tactical turn-based RPG Dislyte has been steadily growing in popularity. With an overall 4.5 and 4.7 rating on Google Play Store and Apple store respectively, the game has now reached over one million downloads on Android alone.

The game is set around an alien invasion in the year 2027. The general premise of the game is around the mysterious obelisks called Miracles that bring monsters of destruction called the Miramon.

The players play as Espers who are heroes with powers of mythological characters. The game cleverly blends the elements of ancient Chinese, Greek, and Egyptian mythology with the futuristic urban environment of 2027. This bizarre and unique combination makes this game special and fun to play.

Now that was all that you need to know about the video by JonTron on Dislyte. If you found the above information helpful or interesting then let us know in the comments below.