The genre of this game is fighting and action, which allows you to launch attacks on enemies. Although it seems easy to play, it gets rather tough as you make your way through it. You will get to play many characters like Troubleshooter and Crusader in DNF Duel. While you’re at it, consider reading DNF Duel character tier list.

The recent trailer of this game was announced by Nexon and Arc System Work, in which a new character in DNF Duel will come forward. That very character is called the Troubleshooter and he is one of the best characters in DNF Duel.

Once you see the trailer, you will realize that the game looks very much influenced by Dungeon Fighter Online, you will also notice that it has Guilty gear traits.

In our guide, you will be seeing traits, abilities, and attacks of a newly introduced character in the game, called Troubleshooter. Before you go any further, make sure to look at some of the best combos in the DNF Duel. We have also curated a guide on Grappler in DNF Duel that you can check out.

Who Is The Troubleshooter In DNF Duel

Troubleshooter is a character with a sharp brain and keen observation. His attacking game is exceptional. He makes DNF DUEL very interesting and mind-gaging. His attacks are empowering and destructive. The troubleshooter can be a good rival to Kunoichi in DNF Duel.

Troubleshooter is the kind of warrior who has made his place on the battlefield by conquering numerous deadly fights. He is known as the end to destruction due to his highly eruptive and volatile guns and bombs, which turn the ground into mare smoke and dust.

To overcome his thirst, his use of alcohol is high however a subtle curve around his lips never straightens. To see how he ranks, check our ranking system in the DNF Duel guide.

The character of the game has made his way through numerous deadly attacks and has always stood firm on his feet at the end. One of his most important fighting traits is using traps, and up swinging himself. The character would use his two most important weapons, a Square sword, and a Shotgun.

Additionally, he is named the “jovial menace of the battlefield” because of his use of deadly attacks through bombing. Several trailers have been released of the game to keep the players exciting and looking.

Recently, a new character came forward on May ’22, along with CRUSADER, BERSERKER, KUNOICHI, HITMAN, GRAPPLER, RANGER, and VANGUARD.

The most important part of the game is the combos that the players can use. It is beneficial and vital for the players to know the combos of each specific character to bring him into shape and do counterattacks.

In this guide, the player would be able to create their types of combos for the characters. However, you would still need to get your grip on some of the combos to stay relevant and move forward.

The best kind of combo for all the beginners trying to place their foot in the game. This combo can be applied to any of the characters, starting with a medium and then onto the skill attack instead of going backward to the light attack.

This is the basic, first formula to be used while attacking. In some cases, this may not be put into action but most of the time, it is vital to attack in this particular way.

Troubleshooter is the most reliable and best character if you’ve just started playing. He is the best attacker with all his guns and swords, his hit is rather deadly and if in case his grenades take time to load up, it creates mix-ups in which the enemy might think all your combo abilities have ended.

This combo attack begins with an attack from the troubleshooter’s shotgun (MEDIUM), after which comes up the sword swing in which your opponent goes up in the air (DOWN+SKILL).

After this attack, another attack appears in the form of a quarter circle that attacks magically and releases two far bigger and fatal shotgun attacks than the previous ones which mislead your enemy (DOWN+RIGHT+MAGIC). If you use the magic combo one more time, it would release a third shotgun blast that is the most dangerous of all.

This combo is an easy one to apply and even keep in your mind. Beginning with an attack that would knock the enemy down (JUMP+MAGIC), then moving towards the sweep attack (DOWN+MEDIUM), and then finally hitting with a two swing that launches the opponent back to the ground, (MAGIC).

This combo can be used with the Troubleshooters Awakening Ability. The magic that is used in this combo, attacks the enemy in such a way that it launches the enemy at a place where it can be easily attacked. The sweep attack is only there to exceed the attack limit and make the opponent ready for a second attack.

Following are some of the best awakening abilities of Troubleshooter that he can use DNF DUEL.

Following are some of his normal moves.

This is yet another important move executed by Troubleshooter in DNF DUEL, in which he hits his weapon on the ground but to use this move, 5A must be used first.

The use of a shotgun is made in this move by the Troubleshooter, as a form of service but it is a rather disastrous move.  Moreover, it can be an anti-air for all the players who are trying to lane in the field.

Troubleshooter attacks the ground next to him. This move can be used to attack or explode the grenade used by 214M earlier.

In this move, the Troubleshooter can hit the cross up by moving his weapon as an arc widely in DNF Duel.

These are the moves used worldwide. In this particular move, Troubleshooter reaches for his enemy’s feet and launches a mine under them in DNF DUEL. What makes this move dangerous and deadly is 214M. Additionally, if you throw the opponent off as they are about to get up, the net thrown during their wake-up will end their white health.

In this, the troubleshooter uses his animation of 2S, to cancel the guard. Moreover, to stop himself from the pressure of other characters, he would need a generous hitbox.

Use the 🅱️+ S combination.

He has the following awakening moves.

The awakening move is the most important in DNF DUEL. In this, the Troubleshooter attacks a mine which then launches another attack on a mine under the enemy. Additionally, the horizontal range is sacrificed by the vertical range, which makes it harder to attack the screen in the middle than to hit a corner.

Use the A+S combination.

Following is his Mana Skill.

Three igniting slashes are used in the DNF duel for Troubleshooter to strike more attacks.

This is the first strike done by Troubleshooter in the game that causes a knock over, releasing all the extensions with |AS j.M

This kills the force that the enemy is looking for and kills the chances of a third-time strike.

Another hit strikes that allows a new hit also there appears to be a space in between the 2nd and 3rd hit that is used for punishment.

DNF Duel is one of a kind game when it comes to fighting games. All of its characters are powerful. Moreover, a Troubleshooter has the kind of energy that could be used to easily destroy the enemy in seconds. People have been hooked on it since the trailer came out and clearly cannot wait to get their hands on it.

This type of niche is also not everyone’s favorite but if you have a thing for armed weapons and love destroying your enemy and get that feeling of victory all the time, then this for sure is a game for you. 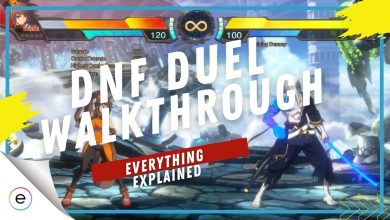 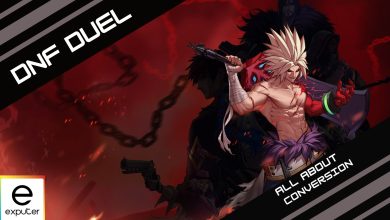