COD Warzone game features a massive, sprawling battleground where up to 100 players can duke it out in chaotic Last team standing matches. So with a game like it built on such an enormous scale. It has its bugs and glitches to tinker with, including issues like the Dev error-5476 and Dev error-6039 on display. Today we are specifically going to discuss the eight different ways how to fix the Dev error 5761 in Warzone without any worries.

The game is easily a top contender for the most popular Call of Duty title in the franchise. But besides that, the game is heavily overlooked for the number of tedious error codes which hinder your experience in the game.

Several unique issues have plagued the game in many ways. It includes game-breaking error codes too. One of these is a fatal error code that disables your Current Profile Access in Warzone.

The guide will entail most of the causes behind the Dev error 5761 of the game. We will also be mentioning how to fix this error code via various methods discovered by the community and other verified sources. Before we begin, we highly suggest checking out a similar issue which is the Dev error-5573 in Warzone.

Right off the bat, it is important first to understand the dev error. Warzone is plagued with multiple dev errors, not to mention some errors targeting specific platforms. The majority of which may include the Error Code 4, which oddly occurs only for the Xbox Platform of the game.

The Dev error 5761 is an issue caused by the DirectX software. It is an API that handles game programming and various multimedia tasks. The API is carefully designed to run multiple commands written in its specifications. It is a fatal error which means you can get booted out of the game in an instant.

So the error only occurs for PC players of the game. The issue can be annoying to clear as most players of the game are not knowledgeable about the DirectX software. That is not to say that it isn’t complicated to solve. The dev error 5761 will mostly arise during your matches or whilst in the main menu of Warzone.

By taking a quick look at the causes behind the dev error, the reasons behind its occurrence will become apparent for the player to understand. Speaking of which, there is another problematic error that may sometimes make you unable to access the Content Package of Warzone.

The Causes of the Dev Error 5761 in Warzone

Upon investigating the issue in the game as well as chatting with various players of Warzone who had managed how to fix the dev error 5761. The causes of the issue are pretty straightforward to explain and understand:

There are eight best solutions to resolve the dev error as quickly as possible. We have done the research for these methods by scouring the Official Support Forums of the game. Further valuable information was secured by chatting with players on the Reddit and Discord communities of Warzone.

We have already stated above how most of the causes for the error are just a couple of Graphical issues. There isn’t anything you should be too concerned about as you will run into these problems quite often as a PC gamer.

Before we begin, we highly recommend checking out similar critical issues causing errors like the Error code Diver and the Error Code Vivacious in the game. So without further delay, here are the following methods for players to resolve the Dev Error 5761 in the game.

Related to this: Warzone Dev Error 6070

Running different apps or software by granting it admin privileges can be highly beneficial to an extent. It essentially means that the program or software will have permission to rewrite certain system folders.

This is the first step you should follow if there is nothing wrong with anything else in your system. It is quite an effective method for games that have problems with their multiplayer or online aspects. Doing it will prevent the Warzone application from prompting any sort of errors, including the Dev Error 5761.

The GPU drivers play a major role in maintaining a stable and smooth overall performance for all your games. It is one of the necessary driver components of your gaming PC and software related to graphic programs on it. DirectX can cause the dev error 5761 if you do not regularly update your GPU drivers for Warzone.

Warzone is quite a taxing game for most systems out there. Various assets require the proper rendering and scaling, so these drivers do just that for most games. They provide the backbone of most modern powerhouse games to run in a stable condition on your system.

Most graphics cards have dedicated overlays through which you manage their driver updates and statistics. Both Nvidia and AMD users can safely check these updates through the main menu of the overlays. The driver updates are periodically delivered by the Official developers of each GPU Company.

You will just need to manually “Check for Updates” often for new drivers to install, as Warzone and many other games sometimes have their tuning support linked to up-to-date graphics drivers.

This is a quick fix most players can apply if the game ends up freezing and crashing right at the startup. Most importantly, the dev error 5761 can occur at that moment, too, as DirectX API launches with your game.

So “Checking for File Compatibility” is not a confusing procedure. It is the simplest way how to fix the tedious dev error 5761 in Warzone. The setting is present in most Windows 10 systems. The streamlined process is just as simple as navigating to the main game file:

Remove Applications Running in the Background

Basically, overlay apps or just any application running in the background can cause some sort of interference and cause errors and issues for players in various games. It is just as true for a beefy game like Warzone.

The overlay applications of software such as Steam and Discord can heavily affect your RAM usage. It will, in turn, cause some annoying issues to the DirectX software as well as your currently running game.

There are even more background applications that should be kept relatively off at all times. These include the Windows Game bar and the OBS recording software. Even if you don’t use them, regardless of which, they will run in the background of your systems. So they should be manually turned off or, better yet, uninstalled.

As long as you keep unnecessary overlays or background applications to a bare minimum, you should have no trouble running Warzone without worrying about too much load on your system causing errors.

Despite what many players would admit, some updates and installations can be corrupted, which can cause some vital game files to disappear from your system. It causes several errors, such as the Dev error 5761 here.

However, you have the luxury of being able to “Scan and Repair” the game files in most game launchers. It will help you easily restore any missing or corrupted files of the main game. The process is mandatory if you face a power outage or any abrupt shutdown that causes your game to run poorly or with major issues.

The procedure to repair your files in the Battle Net launcher is quite self-explanatory and similar to Steam, where you have the option to “Verify Files for Integrity”. There is nothing too much over-the-top to do and complete.

There have been several instances where players swapped between their display settings which in turn resolved the Dev error 5761 for them in Warzone. It is led to believe that changing between either the Windowed or Fullscreen Borderless options may clear the error.

It is a convenient workaround that was suggested by most players around player support forums. The method is quite easy to explain as Fullscreen normally displays the game at max resolution and fidelity. The other two display modes that we have mentioned will allow the game to tank less performance in displaying it.

It is honestly worth experimenting around with each of the display modes and finding out which one can fix the dev error for you in the simplest way possible. They each provide their own specific performance statistics.

If you are running the game at high graphical settings, there will be chances where you might crash the textures or rendering techniques of it. Usually, players will look to tune these settings to learn how to fix most of the issues, such as the Dev error 5761 in Warzone.

Often at times running games at preset settings will always be bad for your system. The first priority in any game that you boot up for the first time on your PC should be to adjust your graphic settings.

You should never take a risk or gamble at running games at unintended settings for your system. Preferably, most of the Mid to Low-end systems should be running in accordance with the minimum requirements of games. This is worth keeping in mind because Warzone is a heavy game to run on those kinds of systems.

The recommended settings that should be kept to the lowest as possible should be settings featuring Shadows and Volumetric textures because they are extremely demanding on your system. Most importantly, Limiting your Frames to 60FPS can also be a great way to fix our current DirectX issue.

Disabling Crossplay Functionality in the Game

Although it may sound bizarre but disabling the Crossplay functionality in Warzone can prove to be one of the last useful methods to know how to fix the Dev error 5761 easily.

It is a working method discovered by the players in the game’s fanbase and one that many still use to this day so they can get rid of a few other dev errors or connection problems. To our understanding, multiplayer matchmaking with Console players will cause overlapping of various textures and FPS in the online lobby.

You will notice the issue kicking right away as soon as you start a match in the game. The crossplay mechanic can be instantly toggled off in the main game settings menu. It is really worth testing out to solve the error issue.

The Warzone battle royale was a breakthrough success for the Modern Warfare title. It was a gateway to Activision truly polishing and reinventing the Call of Duty formula from the ground up.

However, with such a gigantic size of the game, there were bound to be several bugs or glitches as well as game-breaking problems to undermine its potential. We can only hope that Infinity Ward keeps pushing updates out that solely address these unconventional Dev Errors which have ruined the game.

Each of the eight following methods will help you solve the dev error 5761 as soon as possible. The last route you can choose is to contact Activision on their Official support forums. Lastly, the error itself is not very tricky to solve and is actually one of the few annoying dev errors which can resolve with the methods we mentioned.

This wraps our error fix guide on how to decipher the Dev error 5761 in Warzone. If you have any further methods to add or questions regarding the solutions, let us know in the comments below!

COD Warzone is a popular free-to-play battle royale to grace the genre alongside Fortnite and Apex Legends. The game is developed by Infinity Ward and published by Activision. 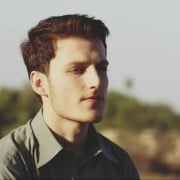 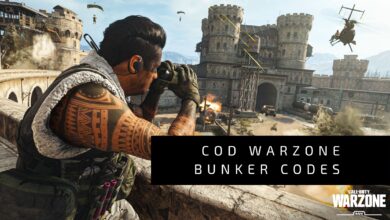 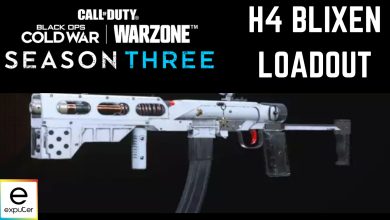 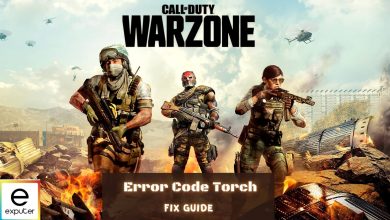 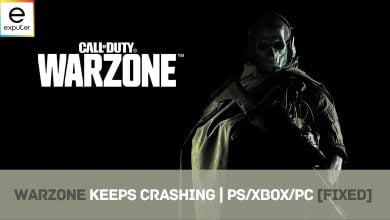