Guardians of the Galaxy was released on October 26, 2021, for PlayStation, Xbox consoles, and PC. Even though the overall performance of the game on consoles and PC is relatively much better and players have experienced a couple of bugs here and there. Moreover, a few have encountered frequent crashes while launching Guardians of the Galaxy, specifically on the menu screen. While it is still early for a bug to get fixed via official patches, there may be a few workarounds to fix the game from crashing. So, if you have stumbled on our Guardians of the Galaxy crash fix guide, then let us assure you that you have come to the right place. There are many errors that come into place while the game crashes, but these are global fixes for all crashings.

Most of the known bugs that we have come across ourselves and learned about over the internet are associated with the PC version of the Guardians of the Galaxy. That is why for the sake of fixing the frequent crashing problem, our curated guide will entail all the possible details you should do that make the game unplayable on your PC. Moreover, one of these methods mentioned below fixed a crash fix for us so we assure you that you will also get the crashing of the game sorted out after going through our guide.

How To Fix Guardians of the Galaxy Crashing

Here are a few solutions that may fix the crashing for you while launching the game, at the main menu, or while playing it.

The first and foremost key information many PC players miss is the system requirements for Marvel’s Guardians of the Galaxy. If your PC does not meet the minimum processor and GPU requirements mentioned here, then playing this game on your system will be out of the question. Moreover, a minimum of 8GB RAM is also a must-have requirement to launch the game successfully, otherwise, you will keep seeing the game’s launcher crashing. So, our first suggestion is to see the table here and see if your system meets the mentioned requirement. If it does not, then you may need to upgrade to a new system friend.

Play The Game on Windows 10

We are aware that after the release of Windows 11 on October 5, 2021, many PC owners shifted from Windows 10 to Windows 11. Regardless of an upgraded Windows operating system, WIN 10 is still the recommended OS to play Marvel’s Guardians of The Galaxy. If you have Windows 11 and your system specs meet the recommended or Ray-tracing requirements, but still, your game crashes, there are good chances that the game is clashing with the OS.

That is why the solution for Marvel’s Guardians of the Galaxy crash fix that we propose is to play the game on Windows 10 instead of Windows 11. Try this fix if the game frequently crashes at your Windows 11. We believe the crashing problem will be solved after you try our suggested solution.

Other than having frequent crashes while launching Marvel’s Guardians of the Galaxy, many PC players have reported black screen or crashing at the main menu. We played around with the Video/Display Settings of the game and found out what could be the reason for getting crashes on the main menu. What we found out was the if you keep the display at the exclusive-full screen then you get the black screen while reaching the game’s main menu.

While downloading Marvel’s Guardians of the Galaxy, the few game files may not have been downloaded properly. The reasons for missing files can range from inconsistent downloading, back and forth pauses between a number of downloads, or not shutting down your Steam or PC properly. Regardless of the reasons, if Marvel’s Guardians of the Galaxy is crashing on your system, you need to run verify the integrity of downloaded files.

To carry out the repairs by verifying the game’s files, right-click Marvel’s Guardians of the Galaxy in your Steam Library and select Properties. Navigate to the Local Files tab and click on the verify the integrity of game files.

Once you have gone through the process, Steam will check the game files and will verify whether or not files are missing which could be the cause of frequent crashing. If there are a few missing files, Steam will download them back and will fix the overall integrity of the game installed in your system. This method should fix Marvel’s Guardians of the Galaxy crash fix at the startup screen.

Outdated drivers are one of the many reasons why newly released video games crash frequently or fail to launch. If Marvel’s Guardians of the Galaxy is crashing on your system, you must at least check whether or not your graphics card drivers are up to date. Updating the outdated drivers most of the time fixes the crashing problems of newly released video games and if that is the case on your PC, you must install new drivers today.

If your system is running on an AMD graphics card, visit the link here and manually enter the information of your GPU to download the latest graphics card drivers.

Similarly, if your PC is powered by NVIDIA’s GPU, visit the official website’s link here and search for your graphics card model to download the latest drivers.

Install Guardians of The Galaxy Updates

Steam auto-updates the installed games whenever the developers roll out an official update. If you are starting the game now, there are good chances that you may have not installed a recent game update. If that is the case, then check for updates by going through the game’s properties. Once you have downloaded the latest patch and installed it, the crash fix may get sorted out for you.

Disable Any or All Third-Party Antivirus Software

While downloading the game or installing it for the first time, a few third-party anti-virus software perceive some of the new files as a threat to the system. As a result, the necessary files to run the game without issues get wiped off from the system. Guardians of the Galaxy crashes can be solved if you disable any or all third-party antivirus software installed on your PC.

You can always add the game under the list of exceptions for the anti-virus software to allow installing/downloading the new files. However, a complete disabling of the software will be a better approach to see if the crash fixing of the game is solved or not. If the crashing still persists, try out the next method we have mentioned below.

Reinstall Guardians of The Galaxy

If you tried all the methods we mentioned above and Marvel’s Guardians of the Galaxy still crashes on your system, then you need to reinstall it. This last resort technically should save you from not getting a black screen, crashes on launch or on the main menu screen. Moreover, when you are reinstalling the game, make sure your third-party antivirus remains disabled throughout the time so as to eliminate the chances of anti-virus software conflicting with the game files.

Now that you know all the possible methods to fix your game and not get crashes, did you know which methods fix the game for most players? We have complied here frequently asked questions by PC players of Marvel’s Guardians of the Galaxy who managed to fix their game crashes by applying the following methods.

That is pretty much everything you need to know about Marvel’s Guardians of the Galaxy crash fixing. Have you encountered black screen, crashing on launch, or other problems while playing the game? Did our solutions fix the crashes for you? Let us know more of your thoughts in the comments section below.

Next Crash Fix Guide: Street Fighter 5 Not Launching? Here’s How to Fix It 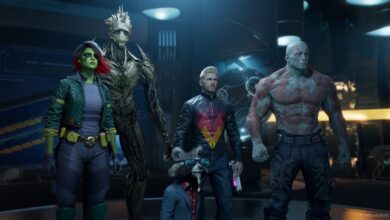 All Guardians of the Galaxy Outfits Location 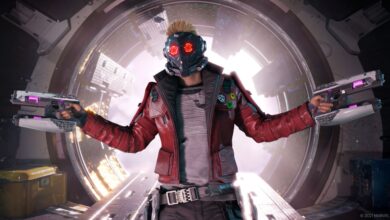 Guardians of The Galaxy Dominates UK Sales Charts at No.2