With the game finally being out, the game is spread out to a total of 16 missions that it offers to players, and it features linear gameplay that can capture all kinds of players that are jumping into the game for the first time.

From start to finish, an estimated gameplay of 10-15 hours can be expected, while extremely experienced players will be able to get done with the game in as little as 8-9 hours, and newer players who have difficulty getting to know the controls might take a bit more time.

With there being a plethora of things that you can collect, if you are someone that wants to follow the main storyline, then you won’t find yourself exploring a lot, therefore, will take little time to get done with the main storyline.

However, for players that are completionists and won’t miss their chances of getting their hands on every lore tidbit, collectible, or are farming bucks while they are at it, and they progress each chapter after fully 100% it, then it might take even longer.

This is to say that the first playthrough should be around that time frame. The second playthrough might be for returning players or for players that want to fully 100% the game.

One other thing that players should know is that considering there are around 4 game modes if you are someone that wants little to no combat, then the story game mode might fit you the best; therefore, it might take you a shorter time to complete the game.

If you are someone who goes for more balanced gameplay, where you want a mix of both combat as well as lore, then you can expect to spend a long time trying to figure out how combat works in-game.

Lastly, if you are just an absolute beast and want nothing but combat and difficulty, then the last game mode will be for you, which tests your skills and combat mechanics’ knowledge to the core and throws absolute hell at you. The last two game modes are recommended for experienced players or for players who have already finished the game one or two times and want to look for a stronger challenge to beat.

One more interesting thing is that this game is also entirely available to play in Co-Op, meaning that if you are someone who would rather start the adventure with a friend, then you can do so and experience the thrill of lore as well as combat together!

Somewhere along your progress, players will also be able to get access to mission replay as well as a new game+ mode, which makes the game even more fun, and there will also be a permadeath mode, which just cranks up the difficulty to an absolute all-time high, and will be ready to challenge you.

Now, when it comes to the overall gameplay of the game, it is an action-adventure third-person shooter with linear gameplay embedded into it.

Every mission will have a start, a certain storyline, and a final ending, alongside which there will be items such as lore, chests, bucks, and more that you can collect along the way. During the middle of each mission, or somewhere along it, you will consistently find enemies sprinkled here and there, readying you for combat at any given second.

Alongside that, the scenery in the game is gorgeous, with beautiful graphics, and while the game doesn’t “truly” allows you to go everywhere since there are areas that are capped by barriers such as cliffs you can just jump off of and the game is still pretty much open-world. Though the game is absolutely beautiful, Xbox players might suffer a bit.

You can take on monstrosities in action-packed combat and story-centered gameplay, and you can wield gauntlets, as well as guns that can truly bring out the shooter aspect of the game.

As for the missions, spoilers ahead for mission names are as follows:

And there we have it! A summary of how long it will take you to beat the game truly! And with that, we will wrap up our Evil West How Long To Beat guide! 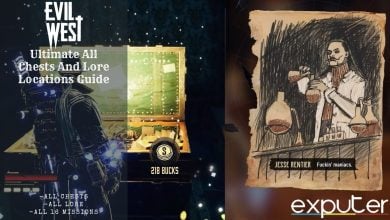 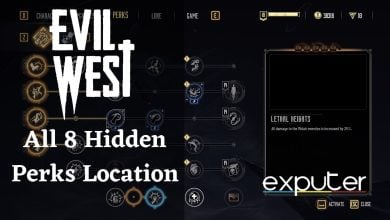 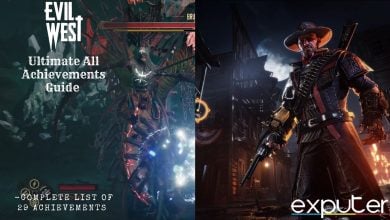 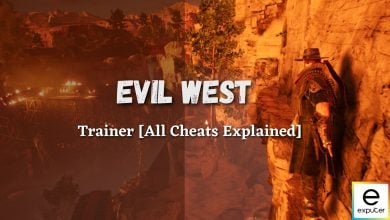