Arkane Studios’ latest outing has turned out to be a massive hit for the company. The game scored higher than any of their prior titles, including Dishonored 1 and Dishonored 2. Deathloop has come out to near-universal acclaim with dozens of outlets giving it perfect scores. Many critics noted the game’s freedom of approach and non-linear level design as a particular highlight and its highly unique time loop structure that makes the player consider each activity like a puzzle to solve and make them think like a professional Hitman. We recently wrote about Games Like Psychonauts 2, so must check that as well. Now without any further wait, let’s jump into this Deathloop Games List.

While Deathloop is a highly unique title with a structure that belongs only to itself, if you’ve managed to break the loop and are considering something else to play that makes you feel akin to a stealthy assassin or a clever Hitman, consider checking out these 6 games like Deathloop.

What better games to start a list about games like Deathloop than Arkane’s very own Dishonored series. While Dishonored encourages more non-lethal stealth gameplay over balls to the walls action(please disregard the attached image above), the series has equally well-developed action combat that is as fun as it is satisfying. Set in the fictional sci-fi/steampunk city of Dunwall, Dishonored sees you playing as the Royal Protector Corvo Attano, framed for murdering the Empress.

Throughout the game, you have to form alliances and eventually clear your name through various means, and it’s where the game’s biggest mechanic comes into play. Whether you embrace the role of Corvo The Assassin, or Corvo The Royal Protector is up to you as you have to decide whether you murder everyone in your path, or put your opponents to sleep and sneak past them.

People have often criticized the Dishonored series for punishing the players for playing the game aggressively. The more lethally you play, the more the game highlights your character as a killer in the story, which eventually leads to the game’s bad ending. It seems Deathloop is a direct answer to those criticisms by being a game that encourages the action that Arkane is very good at while also directly pushing the players towards that approach.

Anyone who enjoyed Deathloop’s clever puzzle-like gameplay of figuring out different ways of assassinating their unfortunate targets is going to have a blast with the escapades of the legendary Agent 47. One of the most beloved series in the stealth genre, Hitman is a series unlike anything else in the industry. Instead of forcing the player to be quiet and sneak around enemies, Hitman requires you to hide in plain sight and traverse the levels using clever disguises over the classic sneaking and crawling.

The game also highly encourages creative ways of assassinating your targets, with their being systems in place set to trigger some particularly creative assassinations that can make every death look like a Final Destination-esque death scene.

As for where to start the series, there are 8 entire games to play here. There are some outstanding options out there, but I’d recommend starting with either Hitman 4 Blood Money, or the latest entry in the series, Hitman 3, which lets you play levels from across the entire reboot trilogy in a single, linear fashion.

Dishonored before it became Dishonored, the Thief series was developed by many of the same people who worked on the Dishonored franchise. One of the hallmarks of the stealth genre, and a game that was sadly overlooked in favor of Hideo Kojima‘s stylish and cinematic “Metal Gear Solid” for the PlayStation.

Intricate levels, deep stealth systems with some of the best sound design you could find at the time and a great protagonist cemented Thief as one of the prime examples of stealth done right. While Thief at its core is a game of hiding in shadows and getting past areas without killing anyone, it sets a very polished base that Arkane would later make its Dishonored series on and now recently, Deathloop.

Often considered by many to be the peak of the Immersive Sim genre, Deus Ex is a series dealing with political intrigue, international conspiracies, and the moral dilemma of transforming your body with cybernetic augments. In the first game which came out in the year 2000, you played as JC Denton, a newly recruited agent at UNATCO, and had to uncover various conspiracies while dealing with various moral conflicts throughout the game. A premise that the series has gotten only better at with time.

The series motivates the player into trying out different avenues of approach at every encounter and highly rewards experimentation and exploration similar to Arkane’s own games. Letting you play as a lethal Terminator or a Pacifist silver-tongued devil that could talk his way out of most situations and sneak through the rest.

While in terms of gameplay and sheer enjoyment, many would consider the 2011 Deus Ex: Human Revolution as the best of the series, and though little can be said to dispute that claim, I would highly suggest starting with the original Deus Ex for various reasons. Visually, the game is outdated, but it still has some of the most interesting writing in gaming that puts a lot of modern games to shame. It also has my favorite soundtrack in a Cyberpunk game. All this is without mentioning its plot that somehow managed to predict real-life events today with shocking accuracy over 20 years ago.

The closest to a horror series on this list(at least the first two games), the Bioshock series is often considered to be the pinnacle of storytelling and atmosphere in the medium. While I’m not here to either prove or disprove that claim, what I will say is that Rapture is one of the most interesting and well-realized settings ever put into a video game. A large sprawling underwater city gone to hell that you explore throughout the story and get to see how each of its gears function.

Filled to the brim with charming, and intriguing characters that either guide you or whom you listen to through the game’s various audio logs. Bioshock set a standard for enhancing a setting through logs and notes scattered around the world that gave you insight into the daily lives of the citizens living in Rapture. Something that Arkane’s own games, including Deathloop, have in spades. On top of that, a story with a twist so memorable that people still talk about it to this day which is why Bioshock is still beloved in the hearts of many despite its somewhat weak gameplay.

What better for a final entry in a list about games like Deathloop than one of its very own. One of Arkane’s very best yet most underrated game. Prey was largely overlooked by many when it came out; a buggy launch that led to a major publication giving the game a 4/10 didn’t help its case either. Yet, looking past its initially buggy state, Prey is a fantastic experience with an extremely engrossing and immersive setting with TALOS-1, the spaceship in which the game is set in. The game has a very familiar sense of exploration discovery, much like Arkane’s other titles, but Prey bumps things up a notch with one of its main highlights.

The small headcrab looking Typhon enemies are total assholes that disguise themselves as random objects and attack you if you get close. This one detail alone makes even the idea of exploring a tense endeavor as you slowly walk around careful of every item around you while trying to avoid getting jumpscared by a crab.

If you liked Deathloop for its time looping aspect, that idea also began right here with Prey and its Mooncrash DLC. Mooncrash was an optional Rogue-like inspired game mode where you had to escape TALOS-1 in a procedurally generated setup, and each time you died, you looped back to the beginning having to do it all over again. Also, did I mention that once again, the music slaps?

Deathloop is fantastic, and so are these games. Once you’ve had your fill with Arkane’s latest, consider checking out these games like Deathloop as well. And as always, thank you for reading if you got this far. Hope you have a good day. 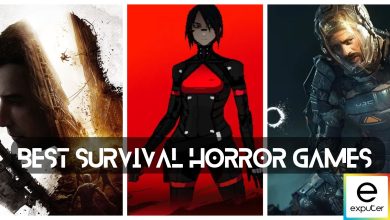 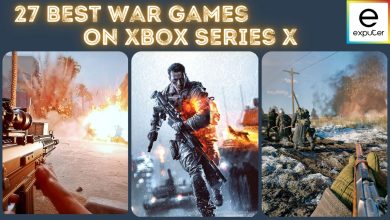 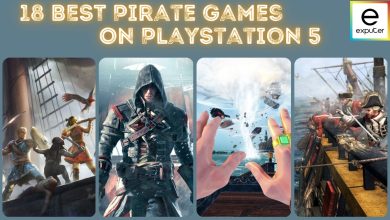