Psychonauts 2 has launched only a handful of weeks ago to near-universal acclaim, with gamers and critics all over the world praising the game for its whimsical writing, brilliant visual design, and engaging story. Exputer’s own Huzaifah Durrani showered the game with praise in his review, ending his review by saying.

“I’m definitely biased when I say this, but not only is Psychonauts 2 one of the best games I’ve played this year, it is without a doubt one of the best games I have ever played in my life. I’m awestruck by its creativity and approach to storytelling, and it made me laugh until I cried. I will be coming back to this game for the rest of my life.”

Microsoft has hit a major home run with Psychonauts 2 and while all of us wait to see what sort of bizarre, entertaining world Double Fine is going to present to us next, there are many other games that capture a similar sense of wonder and charm as the Psychonauts games in their own ways. If you’ve finished it and are feeling the touch of that sweet void, consider checking out these 6 games like Psychonauts 2.

Definitely not the last Lucasarts game that you’re going to see on this list. Grim Fandango is an old adventure game from 1998. This was back when Double Fine was still merged with Lucasarts and made Point-and-click adventure games and while Day of The Tentacle, Full Throttle, and Monkey Island are all great games. Grim Fandango is my personal favorite out of all of them and what better way to celebrate Double Fine’s latest success than to recommend one of their prime titles back during the heyday of point-and-click adventure titles.

A mixture of film-noir and Mexican culture, Grim Fandango sees you play as Manny Calavera, a travel agent in the department of the dead that offers vacation plans to the recently departed. The game follows Calavera as he gets embroiled in a conspiracy involving a femme fatale female, as one would expect from a noir story.

It’s a great story with a wonderful cast of characters and some of the most entertaining writing you’ll find in gaming, the only drawback is the game’s obtuse puzzles and often lack any guidance on what to do next but that’s a small grievance to experience what is personally to me, the peak of point and click adventure games.

While it’s a different matter entirely as to why I’m talking about the PS2 trilogy and not the new reboots. The Ratchet and Clank series is a wacky, fun as hell action romp through various planets. One of the prime mascots of Sony, the series is still going strong to this day, although losing something in its transition to next-gen that the PS2 and PS3 titles delivered in spades. The writing in the original games consistently engages with some genuinely laugh-out-loud moments in there, the dialogues share a similarly endearing quality to Double Fine’s best works including Psychonauts.

The main cast comprises the titular Ratchet and Clank and their escapades through various dangers as they learn to get along with each other and slowly begin to form an unbreakable bond over the course of the games. While the main gist of the games is usually about fancy explosions and addicting gunplay, they never fail to deliver on their stories either, with the first game showing a simple but memorable hero’s journey. There isn’t much to fault Ratchet and Clank for, it’s a simple and extremely fun series that anyone can get into and can be just the fix you need after something like Psychonauts. Also, the music is incredible.

A psychological horror retelling of Lewis Carrol’s classic novel “Alice in Wonderland”. American McGee’s Alice is a dark disturbing third-person action horror game by American McGee, one of the masterminds behind DOOM. Even though the game came out in the year 2000, it has still managed to attain a cult following over the years.

While a massive tonal departure from any other game in this list, Alice’s haunting and creative environments are reminiscent of the kind of stuff we’ll later see in the mind-bending worlds of Psychonauts. A game that proves that a strong art direction can age as well as any next-gen technology.  The game also get a sequel in 2010 called Madness Returns and while it’s not as good as the original, it’s still a great game on its own. Here’s hoping EA will finally greenlight that 3rd game that we fans have been dying for.

An indie horror title inspired by similar works as Psychonauts, Little Nightmares feels like a Tim Burton movie come manifest. It is a side-scrolling puzzle platformer with a gorgeous creepy aesthetic. Filled to the brim with off-putting imagery and bizzare unimaginable designs. The game sees you taking control of a little boy called “Six” as you explore a mysterious vessel called the Maw that is filled with various horrors out to get you. A terrifying little title that preys on your sense of safety at every turn with a disturbing story about childhood trauma. Fun for the whole family. All in all, great choice if you are searching Games like Psychonauts 2.

Day of The Tentacle

Told you that wasn’t going to be the last Lucasarts game on this list. Another Double Fine game and the second of their classic titles to get the remastered treatment after The Secret of Monkey Island. Day of The Tentacle is an entertaining, funny as hell time travel story starring 3 protagonists chasing down an evil tentacle bent on taking over the world. The game sees you traveling through various timelines to figure out different puzzles and solve problems. While it runs into similar issues as Grim Fandango, the funny writing and a huge amount of charm and passion oozing from this game manage to alleviate most of its faults.

Often considered to be Ratchet and Clank’s darker, edgy cousin. The Jak and Daxter series started off as a whimsical, fun platformer featuring the mute Jak and his light-hearted furry companion Daxter. Naughty Dog later took the series to a darker and more mature setting with the second game, a change of direction that eventually lead the beloved developer to the grim, broken world of The Last of Us.

The Jak and Daxter series is more expansive and content-rich than the Ratchet games while lacking the humor and charm of what makes Ratchet so entertaining. It mostly depends on what you’re looking for in the end, and it’s not all doom and gloom either since Jak’s companion Daxter always serves as great comic relief throughout the entire series. Another great series to fill that Games like Psychonauts 2 hole in your heart.

While time will tell of what awaits in the future of Double Fine Games, These are all the games like Psychonauts that you can play to bide your time until whatever wacky wohoo concept they come up with after setting yet another bar with Psychonauts 2. Hope you(yes, you) had a good time reading this and may you have a very good day.

While you are here, why not check out Psychonauts 2  Psychoseismometers. 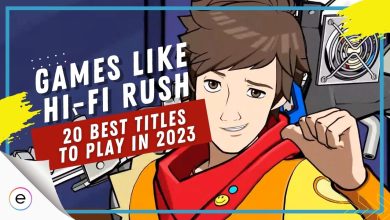 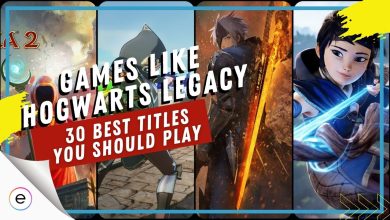 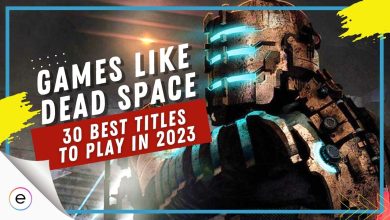 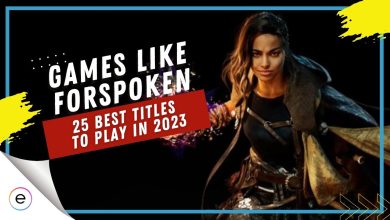