Ghostwire Tokyo is a recently released action-adventure video game. This game takes every gamer into the incredibly well-visualized streets of Tokyo, which are haunted by ghosts. One of many areas of Tokyo depicted in the game is Shibuya. Ghostwire Tokyo’s Shibuya has 31 landmark locations which players have to find to regain control of this famous commercial area of Tokyo. But most of the players are not Japanese residents; therefore, they will find it very hard to find those landmarks to make it easy for them. Our Ghostwire Tokyo landmark location guide entails how to find each one of these prominent places in the game.

All Landmark Locations In Ghostwire Tokyo

All landmark locations are particular places. Most of them are located in Shibuya, while a few are in other places; hence all landmarks are named after the local places of Tokyo and after characteristics of that place. We have attached images below of all landmarks with the image of the map where they are located to make it easy. Finding all landmarks will unlock Shibuya Is My Back Yard trophy for you. Also, while you’re at it, consider reading our Ghostwire Tokyo Trophy guide.

This Landmark is located in a Desolate area covered with green weeds. The development work has been stopped here; this is now in an open area. So here we found another landmark.

This Water Tower is located in an unpopulated area, and this water tower is the primary source of water for the area’s inhabitants. It is very old in origin. This is strong well build long water tower is another landmark location.

This is like a local sacred place Kirigaoka Shrine is a perfect example of Japanese spiritual places and local architecture, and since it is a religious place, players will witness symbolism here. For instance, there will be a fox statue when you enter, which means follower of God. This landmark is located in the given description of this place in this paragraph. The important thing is that we found one more landmark location.

Utagawa shopping district is located in the commercial area of Tokyo. It has the traditional look of Tokyo city due to its beautiful lights, and there are houses at the sides of the shopping road; hence it gives the vibes of the working-class neighborhood, so this is another landmark location.

Until now most of the landmarks we have found are commercial areas likewise we have another place which has exotic and dynamically different varieties of shops, on the other hand, there are flats and homes on sides of the road which makes this place beautiful it is also our landmark location.

This area of Tokyo is redeveloped and a metropolitan part of the city very organized in the same way surrounded by tall lofty buildings, so this area is also our landmark location.

The high garden is located in the Shibuya area; from its name, we can imagine and rightly so high symbolizes higher building such as captured in the image below and trees and garden-like atmosphere on it; hence it is another landmarks areas.

.Another landmark is located at 429, which is a building full of shops similar to the shopping mall. We have attached images for guidance.

Tokyo had many commercial areas in the past, and Enzancho was one of them. It used to be the hub of many brands of Japanese manufacturers. Our next landmark is right here.

This landmark is located in streets of pubs where folks get drunk; however, they are closed visibly but do exist in contrast with the government offices and business meetings dominating the world of Tokyo. This is another dark side of Tokyo and our yet other landmark location.

This retail complex is a large commercial building with shops, cafes, boutiques, and more.

Shibuya station connects different parts of Tokyo together. It is one of the largest railway stations in Japan and plays a crucial part in the commute and our landmark location in Ghostwire Tokyo.

Tokyo is a congested city; there isn’t a lot of free space between buildings still; there is a restricted area in the city deserted and grassy circled named Tsukinami, which is our landmark location.

Shiroyama Shrine is an ancient shrine probably of some saint, which dates back to the 4th and 7th centuries. It is a traditional Shinto Shrine and our landmark location.

Yet another shrine names Tatsui shows that Japanese people are devoted to religion and have a different lifestyle. What matter is that we found another landmark location.

Kappagaike came up from Kappa, which is believed to reside in the pond, and who so ever pass from their legends believes that Kappa will bring him down and make him disappear. Without a doubt, this place is filled up with fantasy stories, yet it is a landmark location.

From its name, everyone can have an idea of being this location of shopping.

Genpei crossing is a street where once upon a time child died due to an accident, and that’s being said that his spirit is alive and wants to make friends with other children to play. This crossing is another landmark location.

This location is of the police station, and it has significance due to its unique shape people use it to find each other for meetups, and it’s one of our landmark locations.

This spot is famous for new trendy shops many youngsters prefer to come here due to the availability of every new arrival.

Lamplight Cemetery is a graveyard; it is located in the middle of the city’s buildings which makes this cemetery very congested and very short in size and untraditional. However, it has a good view due to the lamps around it, and it is also our landmark location.

There is no deep meaning behind this landmark location named 429 street, which is named after a building of the same name; it is located in a very developed and busy area of Tokyo.

Our next landmark location is a pub in Enzancho, which is the main entertainment hub in Shibuya. The lighting makes this place astonishing to watch; there is no place more beautiful than this at night.

We had a look at the four-way crossing area here. This landmark location has five of it; the most significant thing about this landmark is that it continues from the entertainment hub to the outer areas of Tokyo.

This landmark is a park for all sorts of residents; they can come for fresh air as well as bring their pets; overall, this is a unique landmark location.

This tower is very crucial in making modern living possible because it provides a high amount of electricity to people and it is very well guarded.

This Tower is yet another landmark location. It is the oldest built tower and very high in height.

This tower is the largest tower in the area. There was a time when this area of the tower witnessed a plague that resulted in the loss of plenty of humans. Now the tower is subject to supernatural rumors and is said to be haunted, so many people have left the area.

The park was bought for demolition, but it looks like some powerful people used influence to stop it.

This sums up our Ghostwire Tokyo all landmarks guide, and we believe you’d now be able to spot and find all of these prominent places quickly after reading our guide. Let us know more of your thoughts in the comments section below. 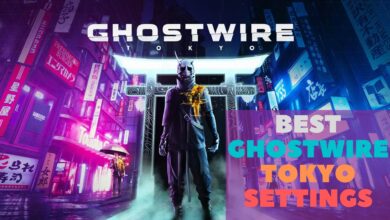 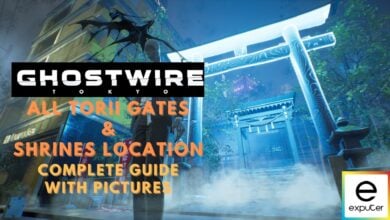