Gotham Knights feature the iconic Batcycle that any one of your characters can call upon will and rider around on. And like Arkham Knight, where we had timed trials for the Batmobile, we have Batcycle Timed trials in Gotham Knights. The trials unlock after you complete the third main case of the game. Only one-time trial will be available at a time, and they’ll always be marked on the map, so finding the trial won’t be too difficult; only completing them is the hard part.

As mentioned, the trials unlock after the third case. After you complete a single trial, a new one won’t reappear on your map until you go back to the Belfry. Therefore, make sure you’re going back if you want to complete all the trials continuously.

The main thing to know about the trials is that each checkpoint grants you extra two seconds, and bonus time checkpoints grant you five seconds. You can miss checkpoints; you don’t have to go back. But if you miss too many, you’ll eventually run out of time anyways, so it’s not wise to rely too much on skipping.

Also, at times the races might not be available because there might be a crime in the path of the trial. You can go and solve that crime. But the easier way is just to go back to the Belfry and then come back to the location, and the crime should be removed.

The first trial is the introductory trial; therefore, it isn’t too complicated. You’ll mostly be going through the main streets of North Gotham, with extra time bonuses being slightly off-road. Your main concern in the race is the incoming traffic, but you can avoid it if you just keep looking ahead on the road.For the final stretch, you’ll be taken off-road and even on wooden docks. Just try not to steer too off-path as it’ll waste your time, but if you just go at full speed, you’ll be able to complete the race with ease.

The second trial is slightly more difficult than the previous one, but it’s still mainly on the main road, so you shouldn’t have too much difficulty completing the trial. The trial goes through the streets of Otisburg.The main difference between the second trial is that you’ll now have to go up more ramps. They might be in the shape of stairs or actual ramps. Regardless, there’s a good amount of them. There are about three extra time bonuses, two of them are in your path, but the final one is further off. But, you can usually finish the race with even one bonus time.

The third trial is where things start getting a bit harder. The start is at the top right of Old Gotham. The trial starts off easy as you maneuver through the open roads. But eventually, you’ll get led into an underground passageway of the GCPD with really sharp turns and narrow areas. So, if you hit the walls, you’ll definitely lose a good amount of seconds.

There are up to three to four checkpoints underground which you need to survive; after that, you’d resurface and can start picking up the pace. In fact, there will even be a ramp that directly leads to bonus time.

The only other thing that you need to be cautious about is that after the ramp, you’ll pass through a narrow alley, and then you need to take a sharp right to go through another alley. You can often miss the turn because it seems like there’s a passage in front of you right after the alley, but it leads to a dead end.

Once you make it out of the alleys, you’ll find a time bonus after two more checkpoints; it’s not too off the path, so getting it will be worth it. On the last stretch, there will be another time bonus on the right side, up some stairs. You can usually make it without the time trial and going up the stairs isn’t too worth it.

The fourth trial isn’t that difficult, but you can sometimes get yourself stuck while being too greedy and trying to get the bonus awards. The race starts off simple, but you’ll eventually run into the first time bonus of the race. If you try getting it, you’ll need to pull off a really sharp turn. Regardless, it definitely is possible to pull off the sharp corner if you’re going at a moderate speed.You’ll start moving through alleys but be careful as you cross roads while reaching the other alleys, as sometimes cars can come out of nowhere and completely block your path, wasting a couple of seconds.

Then the path is straightforward for a bit until you reach a ramp on your left which will lead you to a time bonus. The bonus is worth getting, but you need to position yourself carefully as you jump off the ramp. If you’re angled straight, you’ll end up overshooting from the next checkpoint or might get stuck in the barrels ahead.

Therefore, you should angle yourself more towards the right just before going airborne in order to get a good landing. The only other thing that you need to look out for is the cars as you’re about to jump off the side of the highway. Other than that, the race is quite straightforward, and if you reach each checkpoint, you’ll be able to finish in time.

The fifth Gotham Knights batcycle trial is at Lower Gotham, near the Dixon Docks. The trial is a combination of going through the main road, going through tight alleys, many ramps, and in between pump stations. The race starts off easy; the only thing you need to worry about at the start is lining yourself up with the ramps and avoiding any traffic that might block your way.Additionally, when trying to get the time bonuses, you should try to slow down a bit because you’ll have to turn almost 90 degrees to get back on track. The final stretch has you going down a narrow road where your main concern is the traffic.

The sixth trial takes you through the Financial District and through some very tight spots. In fact, right at the start, you’re going through the base of the Belfry. Surprisingly, you’ll have plenty of time in the race, so completing it won’t be as hard as the other races.Most of the time, bonuses are in your path; some might require you to drift around to get them. Furthermore, it’s better if you don’t go at full speed because the majority of the track is through tight corners and narrow alleys.

The final Trial is at the Bowery, and although it might seem like you don’t have enough time, you’ll usually be able to make it to the next checkpoint right as your time is about to end. Even if you miss a bonus and a checkpoint, you’ll still manage to finish.The final race definitely takes some over-the-top paths by throwing you on top of roofs and making you jump over many ramps. But it definitely feels like one of the more interesting races because of that!

With that, you know about all of the Gotham Knights batcycle trials. Completing all of them will grant you the “Bat Out Of Hell” trophy/achievement and also give you lots of XP per trial. 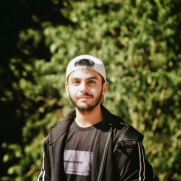 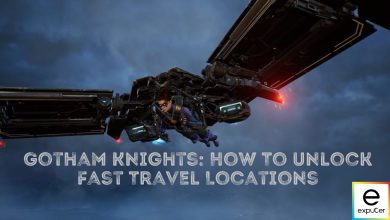