Halo: The Master Chief Collection once had a change to its ranking system. At the moment, there are two different ranking systems across all of the games present in the collection. Therefore, some players often get confused about what the actual ranking system is. To clear out the confusion, we’re going to discuss the Halo MCC ranking system in detail.

The skilled-based ranked system was the original ranking system found in Halo MCC at launch. This system is similar to the ranking system of the original Halo 2. It has a total of 50 ranks, out of which seven have special icons denoted to them. Every player starts at the first level and ranks up as he makes progress.

The key to ranking up is by winning the match. Winning a match will grant you XP, and defeating high-ranked players will increase the amount of XP granted. However, if you lose a match, then you will lose XP as well. This means that your rank can decrease if your performance is poor.

Unfortunately, the skill-based ranking system is no longer being used all over The Master Chief Collection and is only found in the competitive playlists. This was done due to the introduction of Halo: Reach to the MCC.

After Halo: Reach was added to the MCC in December 2019, a new multiplayer rank structure was implemented as a part of Season 1: Noble. This new system took over the previous one and is similar to the rank structure found in Halo: Reach.

Unlike the skilled-based ranked system, players have the luxury to earn XP through a couple of methods in the new system. This includes winning matches and earning medals. In Season 2, the developers introduced another method that allowed players to earn XP by completing challenges. All of this has allowed players to rank up even more quickly. Previously, they had to rely only on winning matches to increase their rank. But now, earning medals and completing challenges contribute to it as well.

Another amazing thing about the updated ranked system is that you will be rewarded with a Season Point after you unlock a new rank in the first 100 ranks. This Season Point can be then used to purchase various cosmetic items. However, once a player reaches rank 100, Season Points will be only granted to them by completing different challenges from this point onwards.

The new rank system has a total of 30 ranks. In addition to this, there are a total of 11 Tours. Once a player hits the 30th rank, he can restart his rank progress in a new Tour. Each Tour also has a different shield that is present behind the rank icon. This is somewhat similar to the Prestidge system found in the popular Call of Duty series. The XP requirement for ranking up also increases as you progress from one Tour to another. 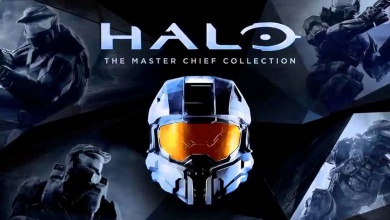