In a tactical turn-based shooter, a keen understanding of your characters is required, otherwise, your battles won’t turn out the way you like. In today’s guide, we will be discussing all the skills and tips for Old Man Bill in Hard West 2.

Hard West 2 was developed by Ice Code Games and published by Good Shepherd Entertainment. Whether you have player 2015’s Hard West or not, you won’t have any trouble getting into Hard West 2. Despite being a sequel, Hard West 2 tells a completely different story with new characters across a 25-30 hours campaign.

Hard West 2 has a western setting that delves into supernatural territory. You will encounter ghosts, demons, and werewolves throughout the game, making it a very weird but intriguing setting. The game is divided into dialogue-driven quests and turn-based combat missions.

Furthermore, Hard West 2 offers three difficulties to choose from, with each one being much more brutal than the last.

Who Is Old Man Bill In Hard West 2?

Old Man Bill is a gunslinger who tried everything a man could do in the hard west. In his life, he has been a sheriff, an outlaw, a bounty hunter, and even an exorcist, which makes him a man whose life has been filled with all kinds of adventures and experiences.

Old Man Bill was revived after his death against his will and had been looking for a chance to return to eternal rest ever since. This made him grumpier as well. Old Man Bill is voiced by Kevin Conroy.

During the events of the game, you can find Old Man Bill fairly early. He can be found in the Abandoned Farm in Chapter 1, where you see him rising up from the grave. As you progress through the game, Old Man Bill becomes a crucial party member with one of the most badass main skills of Hard West 2.

Before we discuss all the skills you can assign to Old Man Bill, we want to go through what “card skills” are. Over the course of the game, you can add different buffs to your characters, and those buffs come in the form of cards. Cards basically reward you gain after completing missions in Hard West 2.

Each character in Hard West 2 can hold five cards. By forming different poker hands with your cards, you unlock new skills and abilities for your character. These skills can be both active and passive.

Now that you are familiar with how skills work, let’s dive into all the skills you can unlock for Old Man Bill in Hard West 2.

Come At Me, Bub

Bill’s weapon loadout should consist of handguns and shotguns. He has been a gunslinger and an outlaw his entire life, so it’s only natural that his area of expertise resides in these weapons.

With these weapons, you should try to remain close as possible to your enemies. With this strategy, handguns and shotguns can pose a great threat to your enemies because of how reliable they are at close range.

As Bill, the first thing you need to do is get a pair and unlock Deadman’s Revenge. Afterward, complete missions and try to get your hands on Deadman’s Revenge II and III as well by having a Full House and Five of a Kind poker hand cards, respectively. Having Five of a Kind will also unlock “Come At Me, Bub” as well, which will let you counter-shot attacks.

Hearts should be your go-to option for card suits because having these cards on Bill will give him an extra HP boost. By doing this, the damage you will deal with Deadman’s Revenge will increase too because the extra damage bill can soak now. So you have to make sure that Bill is on your front lines.

Even though you should experiment with all kinds of strategies and tactics, Deadman’s revenge should always remain your trump card. It is a very devastating skill and will let you nuke opponents instantly.

Some tactics you can use to set up Deadman’s Revenge are as follows:

This concludes our guide for Hard West 2’s Old Man Bill. Let us know what you think about our guide in the comment section below. 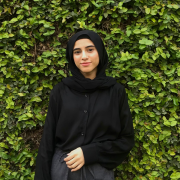 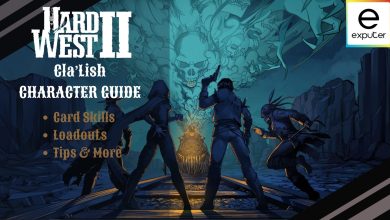 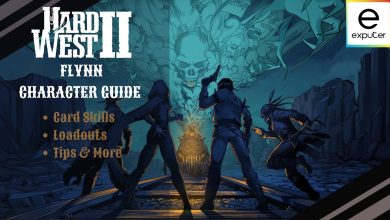