Developed by Blizzard Entertainment and released first in 2004, World of Warcraft is an MMORPG. The players in the game have the freedom to explore the open world of the planet of Azeroth. Blizzard Entertainment has been rolling out updates for the last 17 years to keep the game’s replay value. After patch 8.2.0, the developers added a new zone in World of Warcraft called Nazjatar. This vast open-world, located below the water level, is host to Alliance and Horde players and home to the hostile Queen Azshara. So, if you are from Alliance or Horde faction, everyone on the web seems to be scratching their head and trying to find the mystery behind the question: how to get to Nazjatar.

It is why we have curated this guide to dial down the troubles of our Alliance and Horde faction members and help them in completing the steps required to reach Nazjatar. Please note that you need to complete the steps mentioned here just once. After that, you will have complete control to visit Nazjatar or your faction hub area whenever you want.

Other World of Warcraft Guides: How to Unlock Dark Iron Dwarves (2022)

The first and foremost focus you, as a player, should give is to level up your faction reputation. If you are wondering how this requirement comes into play in seeking the answer to the question: how to get to Nazjatar. Then know that in order to trigger the location-specific questline, leveling up your faction reputation is the only way to progress and reach Nazjatar. Since you are already exploring the Battle of Azeroth expansion, you may want to unlock the Zandalari troll as well.

The minimum requirement to rank up the faction reputation is level 50. Once you hit that mark, the faction will prompt the questline. For each faction, the location of starting the questline is different. Say you are playing as an Alliance; in that case, you will get “The Wolf’s Offensive” quest. The same applies with Horde alliance players; they get “The Warchief’s Order” quest.

Let us assume you ranked your faction reputation to level 50. Now, you need to reach a particular location to start a questline that will inevitably take you to the said area in World of Warcraft and solve the mystery of how to get to Nazjatar. So, it matters not if you are playing as an Alliance or Horde faction, all you need to do is reach faction-specific locations for the questline to trigger. Once you do that, the game will itself take you to visit Nazjatar for the first time.

As mentioned earlier, Alliance players will receive “The Wolf’s Offensive.” The mission will prompt you to visit Boralus and meet Genn Greymane. Here is an image for your reference – the key location for the questline to appear.

The entire questline happens inside Boralus, and after completing series of missions, a portal appears between Mezzamere and Boralus. So, use the portal whenever you want to visit Nazjatar from that point on forward.

Players belonging to the Horde faction will receive “The Warchief’s Order,” located at the Banshee’s Wail. The mission will ask you to meet Nathanos Blightcaller, who will trigger the quest and will give you a series of events to complete. Here is an image where the questline appears for the Horde faction players.

Just like a portal appears for the Alliance faction players, the same applies to the Horde ones. However, in the latter’s case, the portal spawns between Newhome and Zuldazar, allowing you access to Nazjatar.

For the sake of oversimplification, here is a summary of how to get to Nazjatar.

That is pretty much everything you need to know about how to get to Nazjatar in the World of Warcraft. Was this guide helpful? Did you reach Nazjatar after reading our guide? Let us know more about it in the comment section below. 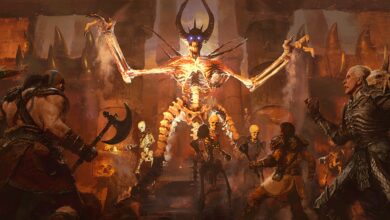 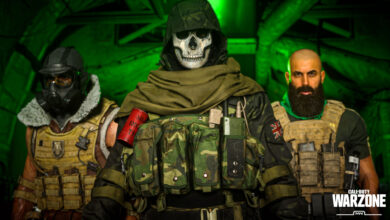 Activision’s Beenox Expanding Its Roots By Opening Studio In Montréal