The unthinkable has happened, and CS:GO’s fan-favorite Dust 2 has been reworked; the only question now is how to play the new Dust 2! Valve dropped a bombshell change on the 21st of September 2021 with the release of Operation Riptide.

Along with the addition of welcome changes such as Private Matchmaking Queues and Short Competitive game preference, the 2021 update also brought a small but considerably impactful rework of Dust 2. These changes caused a massive stir in the community, and have forced many to rethink how they can play Dust 2 effectively.

Therefore, in this guide, we will not only go through the major changes made in the New Dust 2 or CS:GO’s Operation Riptide update, but also show you how to adapt your playstyle to make sure you still come out on top! For more Dust 2 tips, check out our guide on the Best Grenade Spots!

The most controversial change you will notice when playing the new and reworked Dust 2 is the blocking of the sightline from T Spawn to CT Mid through the Mid Doors. To achieve this drastic change, the developers have added a new wall extension where there were previously just some arches.

Sadly, you cannot wall-bang the extension either. This makes it so that the fan-favorite AWP position in T Spawn is now effectively useless.

Due to this, watching out for CTs crossing towards B Site has been made much more difficult. Conversely, this also means that CTs can no longer keep watch from CT Mid for any late-round rotations through T Spawn.

Moreover, the half-wall next to the T Spawn against which snipers would often take up position has also been increased in height.

As a result, T Spawn now gives no useful angle onto Mid, except for a very small peek hole towards the left side of Upper Mid. All in all, then, this change has been a nerf for the Terrorist side on Dust 2.

Better visibility from Tunnels onto B Site

A more welcome change that came with the Dust 2 2021 update is better visibility from the B Tunnels towards anyone standing against the wall to the right of B Back Platform.

This wall previously had a green door which could camouflage any CT in front of it. You could definitely still pick out the enemy, but it could take a fraction of a section longer than usual — enough to get you killed.

The rework has now pushed the doorway towards the left side of the wall. This should lead to more fair gunfights whenever pushing B Site from Tunnels.

The patch notes did not mention any other changes with the Dust 2 rework. However, keen-eyed players did manage to spot a few other inconsequential cosmetic changes. This includes one window at A Long behind the palm tree that would previously fade out too soon with distance, possibly allowing a miniscule angle towards A Short. The window now remains solid for any view distance.

Secondly, a small metallic vent above orange tarps seen when going from T Spawn towards B site has been enlarged. Very important, we know.

That encompasses all the reworks to Dust 2 in the 2021 Operation Riptide update. Now, we will go through some tips to help you play your best on the new Dust 2!

How to Play the New Dust 2

Jump down to Suicide from T Spawn

Yes, you can no longer snipe through Mid Doors from T Spawn. However, you can still get a workable angle by making a few positional adjustments. When looking from T Spawn towards the newly-added wall extension, simply jump down over the half-wall onto Suicide.

From here, you should be able to see any CTs sniping or crossing at CT Mid through the Mid Doors. Granted, this angle is not as expansive as the original one from T Spawn, and does require some more time to use after spawning. However, if you spawn right next to the half-wall, you should be able to get in position very quickly.

Once here, you can play as you used to on Dust 2 before the rework. This means watching for how many CTs cross towards B, and also sniping them if your reflexes are quick enough.

Additionally, you can also play atop the boxes located in front of the new extension on Suicide on Dust 2. This spot gives you a better angle over CT Mid and onto A Short as well. This space is pretty cramped, though, makes it difficult to exit in a hurry. This means that if you miss your shot, you will be nothing short of a sitting duck for the enemy.

The new Dust 2 update in 2021 makes sniping plays from T Spawn harder, but it makes rotating across easier. The new wall extension and heightened half-wall mean that CTs will not be able to catch you crossing across T Spawn from CT Mid.

As a result, you should feel more comfortable in rotating to a different bomb site if things do not seem to be going according to plan. For example, if your A Long push seems to have hit a wall, fret not. Simply lay down some decoy grenades on Long, and rotate across the T Spawn to push B Site from Tunnels.

This added fluidity will make it difficult for the enemy to preempt your plays, letting you catch them off-guard.

To further improve your CSGO game, check out these tips for ranking up!

If you are playing on the Counter-Terrorist side on the new Dust 2, you will have the assurance of not being sniped from T Spawn. However, this also means that Terrorists no longer have the angle from T Spawn onto Lower Tunnel entrance.

Therefore, if you’re quick enough and no Terrorist has jumped down onto Suicide, you can potentially rush into Lower Tunnels with no resistance. This rush can be a very effective flank onto any Terrorists looking to push B from Upper Tunnels.

Therefore, if you see the Terrorists having a particular affinity for B pushes, execute this rush and watch them scurry.

Another useful play that the new Dust 2 rework has made possible in pushing up Top Mid as CTs. This region was previously under watch from the T Spawn. However, with the recent changes, that has been made much more difficult. This means that if no Terrorist is at Suicide, you can sneak a one or two-man push onto Top Mid. This can allow you to flank the Terrorists if they are pushing

A Long or B Site. The only angle you will have to worry about yourself is a counter-flank from Lower Tunnels. Keep that in mind, though, and you have another impactful play in your arsenal in the new Dust 2 map.

Stand at Top Mid to watch for rotations

Although you can no longer keep watch for Terrorist rotations from CT Mid, it is still possible to do so from a different position. If you suspect a late-round rotation from the Terrorists, go to Top Mid and stand in the corner to the right of Catwalk. From here, you should be able to use a scoped weapon to look just to the left of the half-wall. This small angle will let you catch a glimpse of anyone rotating across T Spawn.

However, this position will leave you exposed from the Long Doors. Therefore, once you catch a sight of the Terrorists rotating, give the necessary callout and consider retreating towards a more defendable position.

Conclusion – How to Play the New Dust 2

That wraps up our guide on how to adapt to the new Dust 2 changes after the 2021 update. What are your thoughts on the rework? And did our tips help you come out on top? Let us know in the comments down below! And for more ways to improve your Dust 2 game, check out our comprehensive guide on smoke spots for the map!

What are the new changes on Dust 2 after the 2021 update?

The major change includes blocking the sightline from T Spawn towards CT Mid. Other than that, the update provided better visibility from Tunnels on B Site, as well as a few other cosmetic changes.

How can I play on the new Dust 2 after the rework?

To make the most out of the changes, be sure to jump down onto Suicide to get an angle on CT Mid, and to execute rotations more frequently. As a CT, you can rush Lower Tunnels, push up Top Mid, and stand at Top Mid to watch for Terrorist rotations. 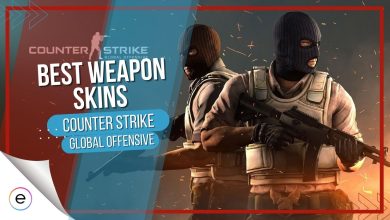 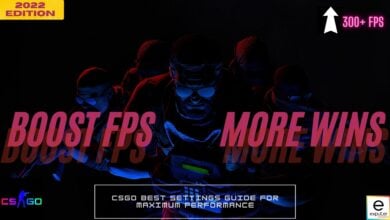 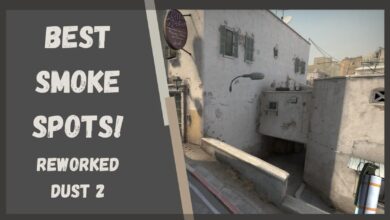