Clans in Diablo Immortal can be created by any player but by paying a certain clan fee. Every clan in Diablo Immortal has its interface and chat system, you can chat with fellow group members. Also, every clan has its perks and another special system.

Requirements For Joining A Dark Clan

Only by joining a Diablo Immortal Dark Clan, you will have access to Cycle of Strife. The cycle of Strife is just a name given to the PvP war. Through Dark Clan, you have a chance to become an Immortal. Also, you can challenge the Immortals for a fight, but make sure your fellow clan mates support you in this matter.

There are tons of advantages of being an Immortal Diablo Dark Clan member, you can do the daily quests. By doing daily quests you will receive rewards, which will help you to progress significantly.

You can chat with your fellow teammates and have more social interaction. You can plan raids together, and challenge your opponents.

As said above, to become part of a Dark Clan, you must join the Shadow faction. So, below we have briefly explained the process of joining Dark Clan.

There are several ways for players to do social interaction,  one of these ways is to join a faction. By joining a faction you do parties with your teammates or you embark on a journey to conquer your enemies.

There are three factions in Diablo Immortal, these are Shadows, Adventurers, and Immortal. Each of these clans has its reward system, group channel, and different recruitment requirements. However, some of them are pretty easy to join than others.

In this guide, you will specifically know about how to join Shadows, which is also known as the Dark clan.  Remember the only way to join the Dark Clan is by becoming a member of the Shadows faction.

To join the Shadows faction, you must have to take part in the Shadow lottery. It is an event that happens every day at 12 pm and 6 pm server, and its duration is around 1 hour. At the Tavern near Westmarch, there will be a Mysterious Patron that you should meet, to enter the Shadow lottery. Furthermore, you have to wait around 60 minutes to see If you get chosen for the invitation.

If you are lucky enough, you will get an invite. Therefore, Mysterious Patron will now guide you to the room, where you have to confront the three guardians. Only after confronting these guardians, you will be admitted to the Shadow faction. You have become a Shadow member now, and now you possessed the ability to form your Dark clan after getting approved.

As a member of Shadows now, you have the responsibility of inviting other players to join the Shadows too. The process is simple now, you can welcome them without needing them to wait. However, to acquire that you must have Akebia’s Signet.

How to Achieve Akebia’s Signet


Akiba’s Signet is a very precious item, that you can achieve with some luck. Also, remember sometimes players confuse it with Akeeba Signet too, so don’t get confused. When you check this item in the inventory, it doesn’t provide any button to use the item. Which also makes players ambiguous on how to get, but don’t worry, we will teach you here.

Only a limited number of people can take part in Shadow Lottery at once. So, if you receive the notification, make sure to meet Mysterious Patron at Wolf City Tavern, near Westmarch.

If you are lucky enough to win Shadow Lottery, you will therefore receive a notification saying that you have won the lottery.  Furthermore, now you have to meet the Mysterious Patron again. He will assign you the simple task of beating 3 ancient champions. Now, after you beat those 3 ancient champions, you will acquire your beloved Akeba’s Signet from a chest.

However, to join Diablo Immortal Dark Clan, you have to join the Shadows faction first. Joining Shadows task is not an easy task, you need to have at least level 43 for that. Afterward, you need Akeba’s Signet to invite more people to your faction. In this guide, we have thoroughly explained how to join the Dark Clan and are benefits of joining it.

Diablo Immortal game is developed by Blizzard and Netease, and released in 2022. Diablo Immortal has massive popularity among gamers who like online action-playing games. Since it is an online game you have Diablo Immortal servers to join. The game’s destructible environment is quite similar to Diablo 2 and Diablo 3. Read our guide about Diablo Immortal Tips and tricks to have ultimate fun. 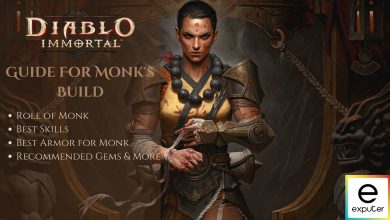