Aileron Roll is an aerobatic maneuver that lets your ship do a full 360-degree spin along its axis. Not only will this move make you look cooler and give you a chance to show off, especially if you’re playing with your friends in co-op, but it will also allow you to dodge the incoming missile. So let’s see how we can execute this powerful yet super easy move on LEGO Star Wars: The Skywalker Saga.

What Is Aileron Roll In LEGO Star Wars Skywalker Saga?

In Episode II: Attack of the Clones, we hunt down Jango Fett. We would be bombarded with a ton of missiles while doing so. These missiles can take our character out in one single hit. Now we don’t want that, right? This is where this awesome technique comes into play. You can use characters belonging to any class for this mission as you won’t have to engage in head-on combat.

How To Do Aileron Roll

When you see a missile approaching close to you, hit the L1 and R1 buttons simultaneously on your controller. Now by ‘close’, we mean that this missile is almost going to hit your Aileron Starfighter close. While it does sound a bit scary, when executed the right way, your ship will do the Aileron roll and dodge the missile readily.

The game will instruct you to press L1 only. However, you will have to hit the R2 button as well to do the roll properly. Timing the roll is the most important strategy here. If you fail to roll, you will fail to dodge the missile and ultimately lose the mission.

A good tip here is to wait to be prompted with the message that says ‘Incoming Missile’. If you dodge before that, the missile might hit you and tear your Aileron Starfighter into tiny pieces. If you want to complete this mission in a cool way by playing as one of the ghost characters, why don’t you go and check out our guide on how to get Ghost Yoda.

In the Hunt for Jango Fett missions, one of the objectives is to do the Aileron Roll three times in order to complete the challenge. Make sure you save your game after this, so you don’t lose progress.

When you are done with the Aileron Roll Challenge in LEGO Star Wars the Skywalker Saga, you will have to do your second objective in this mission. This objective would be dodging the iconic Seismic Charge. This charge would be released on you by the Jango Fett while he is on the run. While you’re at it, consider reading our tips for LEGO Star Wars The Skywalker Saga guide to making your gameplay even easier.

The last and perhaps the hardest objective of the Jango Fett Hunt mission is to navigate through a tunnel. This tunnel is a part of a massive asteroid. You will have to be very careful as you can crash your ship here easily with one wrong move.

So this concludes our guide on how to do the Aileron Roll in the LEGO Star Wars The Skywalker Saga. While you can technically complete the Aileron Roll Challenge with just one missile since they are homing missiles. It is recommended that you do a few practice runs just so you can get the timing right and dodge the missiles readily. 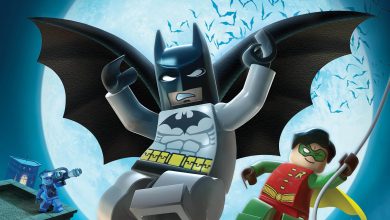