Igloo Breakthrough is a side quest that you encounter on Pristine Peaks in Mario Rabbids Sparks Of Hope, and it requires you to find four ice blocks. We will guide you to the location of all ice blocks in complete detail.

Solving The Igloo Breakthrough Side Quest

This is the location of the Igloo Breakthrough side quest in the game, and it is actually closer to the final dungeon or mansion where you fight with Midnite. Here you will meet an NPC that is looking for ice blocks to finish his igloo in the game.

Just talk to the NPC and the Igloo Breakthrough side quest will begin. Now it is time to find four ice blocks that you need to complete the igloo in the game. We will guide you to the location of all of these ice blocks in complete detail.

There are four total ice blocks that you need to find in order to complete the Igloo Breakthrough side quest. These ice blocks are scattered around the map near the igloo itself. Following is the location of all the ice blocks in the game;

The first ice block is located on the right side of the mansion just outside the main entrance as shown in the image above. However, the ice block is hidden inside another breakable ice cube which is additionally guarded by an enemy. You need to defeat the enemy first so that you can easily break the ice cube.

Once you have defeated the enemy at the given location, the breakable ice cube should be right behind it. Use your sonic powers and break the ice cube so that the ice block for the igloo becomes accessible here.

Once you break the ice cube using sonic powers, the first ice block should be visible for you to pick up. Pick up the ice block and carry it to the igloo so that you can deposit it. Now you need three more ice blocks to fully complete the igloo.

The second ice block is located on the left side of the main mansion in Pristine Peaks. The ice block is guarded by another enemy as well. But it is present in the open and you can grab and run with the ice block without fighting the enemy in the area.

When you arrive at the location given on the map, you will see the second ice block in the open. An enemy will be circling around the ice block additionally. But you can grab and run with it. Pick up the ice block and take it back to the igloo so that you can deposit it. Now you need two more blocks for the igloo.

The third ice block is actually located towards the bottom of the first ice cube. Actually, it is hidden inside a tree. When you arrive at the location, you will not find the ice cube anywhere. Instead, there is a tree at that location.

This is what the tree looks like at the location. When you go near the tree, you will get a prompt to shake the tree additionally. Shaking the tree will make the ice block fall down and you can pick it up.

The ice block will land on the ground and you will be able to pick it up. All you have to do is carry it to the igloo and deposit it. Now you only 1 more ice block in order to complete the Igloo Breakthrough side quest in the game.

The fourth ice block is located a little far from the other three blocks. It is additionally hidden inside a tree just like the third ice block. When you arrive at the location given on the map, you will have to shake the tree there first.

Rewards For Completing The Side Quest

A planet coin is awarded for completing the Igloo Breakthrough side quest in the game. It is a rare form of currency that is used to buy special items at the merchant bot in Mario Rabbids Sparks Of Hope. These items include weapon skins and special keys that you need to unlock secret zones on the planet. Planet Coins can only be obtained by completing side quests in the game additionally.

Mario Rabbids Sparks Of Hope is an amazing Nintendo-exclusive game and is additionally a really fun tactical strategy title. The game is filled with hours of content and the gameplay itself doesn’t even get boring. There are approximately five different planets in the game that you can explore. Additionally, you can create your own team and builds from the nine given characters in the game as well.

This concludes our guide for the Igloo Breakthrough Side Quest in Mario Rabbids Sparks Of Hope which also requires you to collect ice blocks. We entailed the location of all ice cubes that you need for the side quests and even explained the rewards that you get for completing the quest. Let us know what you think about Mario Rabbids Sparks Of Hope in the comments below! 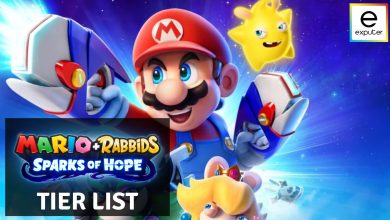