SMGs are the run-and-gun choice of weapons in Modern Warfare 2, and having the best gun and loadout will allow you to shred the lobby without breaking much sweat. Not all weapons in MW2 perform equally, and each one of them comes with a set of pros and cons. That is why we have curated Modern Warfare 2 best SMGs guide and ranked all sub-machine guns in the game based on how good they are and what players have preferred to go within the current meta.

We have also listed basic weapon stats [the numbers reflect base values that can be tweaked after unlocking attachments] and the best loadouts of all SMGs.

In every previous game, it is known as the MP5, but in this one, it has been renamed the Luchmann Sub. In Call of Duty: Modern Warfare 2, the MP5 is widely regarded as one of the game’s top submachine guns. This is a result of the incredible aim accuracy of the weapon. You can always trust it to pin down the opponents in a hurry, even if it does not have any attachments.

The Lachmann Sub is an excellent choice for those who value precision. As a submachine gun, it is manageable with very little effort. If you aim down the sight, then the vast majority of your rounds will go exactly where you planned for them to go.

There are a few minor issues with the Lachmann Sub. They are not something that can be resolved by the Attachments. To begin, what we felt to be the primary factor that influenced the gun the most was its rather modest damage range.

When it comes to mobility, the MP5 offers a significant amount of mobility benefits. It is a lightweight submachine gun, and it is quite simple to use. You won’t have any trouble making use of it at all. In addition to that, it comes with a little magazine. This magazine can only store a limited quantity of rounds. But there is no way that the magazine attachments will prevent it from happening, and you can increase the capacity easily.

The Vaznev-9K submachine gun (SMG) strongly resembles the AK-74u and has a rapid rate of fire in addition to exceptional performance at close quarters and at medium range. Recoil is inevitable when firing at a rapid pace; thus, choosing the right attachment for your weapon is essential.

A significant number of professional Call of Duty streamers and YouTubers have already identified the Vaznev-9K as a go-to run-and-gun submachine gun. After playing with Vaznev-9K for perhaps 20 to 30 multiplayer games, we were able to understand why it dominates the lobby. Of course, we had to test out this weapon for ourselves in order to determine whether or not all the buzz was justified.

Because the Vaznev 9k is a component of the Kastovia weapon platform, you will need to acquire another weapon in order to get it. However, once you do, you will have access to it. To get access, you must reach level 15 in the Kastov 74u.

If you plan on using this weapon as your main go-to SMG, then the attachment combination that we have proposed below will increase the mobility and recoil of the weapon while also expanding its range. This will allow the weapon to be used in a wider variety of situations.

One of the best submachine guns (SMGs) that Modern Warfare 2 has to offer is a reimagined version of the legendary P90, which is now known as the PDSW 528. In spite of the fact that it has a novel name, the design and effectiveness of the weapon will cause you to experience emotions that are familiar to you from previous COD titles.

The firearm is a component of the Tactique Defense Platform and will be the first weapon unlock from this category to become available. Players of Modern Warfare 2 will need to achieve Rank 5 in order to receive the PDSW 528 weapon, which is a goal that can be accomplished very early in the game.

We have listed the best loadout and class settings that you will require in order to improve the overall performance of the PDSW 528 when used in multiplayer battles. This will allow the P90 to do more damage. In this manner, you will be able to make this SMG your primary weapon, and advancing through the ranks in Modern Warfare 2 will be much simpler for you as a result.

You will have an advantage in close-quarters combat because of the way our class is configured. Because of the attachments, you will be able to deliver a significant amount of damage while also improving your range, which will result in an increase in the bullet velocity for the PDSW 528.

Fennec 45 has the highest rate of fire compared to other weapons in its class. You will be able to easily destroy anybody who challenges you to combat in close quarters. The Fennec 45 has one of the quickest firing rates in the whole game, making it particularly effective in close-quarters combat; yet, its effectiveness suffers when used at longer distances due to a damage drop-off that occurs at those greater distances.

To get the Fennec 45, all that is required of you is to achieve Level 38. Once you accomplish that, it will be yours. You only need to attain the level required in order to access the Fennec 45 SMG; it is not locked behind any kind of advancement tree or weapon platform. It is not necessary to use any other weapons in order to unlock a particular receiver before you can begin destroying MP mode with this submachine gun.

The Vel-46 is a submachine gun that has a high rate of fire and a recoil that is easy to control. The MP7, which appeared in earlier Modern Warfare games, served as the inspiration for this weapon. The Vel-46 is an excellent choice of weapon for new players who are able to narrow the distance between themselves and their opponents successfully.

The standard run-and-gun gameplay seen in Call of Duty games is well matched to this weapon because of its low aim-down sights and quick sprint-to-fire time. There is no need to play any other guns in order to get this powerhouse of an SMG, despite the fact that VEL 46 is a part of the LMP weapon platform.

For each player of a submachine gun, the most important thing is to improve their fire rate and their mobility so that they may eliminate their enemies with the shortest amount of effort. As soon as you enter a multiplayer session, the weapon will immediately become available to use.

For the custom loadout option to become available, you will need to achieve level 4. Afterward when, build the loadout, and proceed to wreak havoc on the foes.

The FSS Hurricane weapon is the best option to go with while engaging in close-quarters combat. Even for confrontations at a medium range, it is a highly effective weapon to have. The FSS Hurricane is readily in the contest with the Lachmann Sub or the MP5 SMG and is considered to be one of the strongest guns in Call of Duty: Modern Warfare 2’s SMG classification.

Since the first Modern Warfare game series, the semi-automatic rifle (SMG) has been the weapon of choice in the Call of Duty games. In this sense, the AK-74u from the first iteration of Call of Duty 4: Modern Warfare is a very strong example. The FSS Hurricane, much like the AK-74u, is an extremely quick weapon that enables you to annihilate foes at close quarters and at a medium range from you.

When you purchase the Vault Edition of Call of Duty: Modern Warfare 2, you will immediately have access to every weapon in the M4 tier of the game’s weapon tree. This applies to the FSS Hurricane as well. In addition to that, it already has all of the attachments that are in the M4 tier accessible for use.

This effectively implies that you do not need to undergo the method of obtaining the FSS Hurricane and all of its attachments and that, instead, you can jump into multiplayer modes with this SMG and shred enemies.

The PP19 Bizon from Modern Warfare has been reimagined as the Minibak SMG for the upcoming sequel, Modern Warfare 2. Those who have played Black Ops Cold War may recall that it was referred to as Bullfrog throughout their time with the game. Therefore, just like those other weapons, it is going to be equipped with a one-of-a-kind magazine that has a higher starting or base magazine than SMGs in this category and a faster rate of fire.

Although the MINIBAK or PP19 is able to perform very well in warfare at close ranges, its effectiveness at medium and long ranges is subpar. However, if the SMG is fitted with the appropriate modifications, it is capable of competing at a greater range.

The MX9, much like every other weapon in COD MW2, has a number of advantages as well as a number of weaknesses. Due to its potential to rip through foes at close range, the MX9 has been labeled by some as an unstoppable submachine gun. It simply needs a few tweaks here and there to become the best intermediate SMG. Because of this, it is a highly flexible choice weapon that can be used by both newcomers and seasoned players in the game.

The slow firing rate and the strong recoil are a few of the issues that are associated with the firearm. However, this may also be altered by using the attachments that we discussed in both the MX9 weapon loadout that can be found below.

By simply installing a muzzle and barrel, the issue with the recoil may be readily remedied. You can see that the benefits of owning a gun far outweigh any potential drawbacks associated with doing so, which is precisely what makes owning a gun an excellent option.

There are even some professional streamers that consider the MX9 to be a terrible use of a gun slot due to the fact that, initially, the SMG is simply incredibly weak and underpowered in comparison to other firearms. However, what they fail to see is that if given the opportunity, it has the potential to become a very useful weapon to wield in combat.

The MX9 is presently one of the top meta guns in the game because of the attachments that have been added to it, and it is also being utilized by players that are considered to be more popular.

The STB 556 is the first member of the AUG family that you will get familiar with. It is a subclass of MX9 and may be obtained after reaching level 40. It is a simple gun that, if given the appropriate amount of time, may be improved to a higher level very quickly. To get access to the MX9, you need to bring the weapon to level 13.

That is all the ranking hierarchy we had to list about Modern Warfare 2 Best SMGs. Which sub-machine gun is your go-to one in the game and why? Do you prefer a higher mag SMG or a lower one with more accuracy in CQC? Let us know more about it in the comments section below. 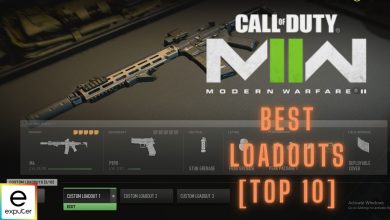 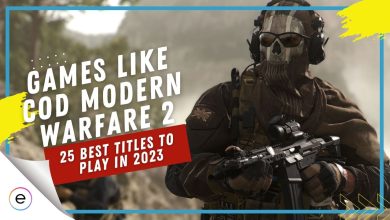