When players start out in the game, they will be introduced to a Monster Hunter master rank system, whereby they will start off by being a master rank one player. The first quest/mission will unlock the first master rank for players, which will be the “Uninvited Guest” mission.

Shortly after that, Monster Hunter players will find themselves in the Elgado posts, after which they will slowly start leveling up by gaining experience points, completing missions, killing enemies, and fulfilling quests and commissions to gain points. These will all collect towards the master ranks and will slowly start to pile up.

After players first reach master rank 30, the progression slows down significantly; therefore, for players looking for the most efficient way to reach 100, you’ve come to the right place! There is one quest in particular that grants insane amounts of points and tons of followers’ quests to do!

Perhaps the main quest players will use to reach late-game Monster Hunter Rise Sunbreak Master Ranks will be to grind the Unbridled Mayhem Quest. While many recommend that players do Anomaly Hunts, which might be a solid way to get experience, it takes hours to farm ranks.

Compared to the Anomaly Hunts in Monster Hunter, the Unbridled quests will typically take about 13-15 minutes per run, giving it a total grind time of about 6-7 hours, gives or take to farm ranks. Each run will hand the player *at least* one master rank, which is adequate for getting to 100 fast.

There will be four main enemies to defeat: Tigrex, Astalos, Magnamalo, and Gore Magala. Players can farm in Co-Op to get the quest done even faster. For weapon options, our Monster Hunter Rise Sunbreak Switch Axe Build guide might be a worthwhile read!

Next up, let’s take a quick look at some of the follower quests to boost Monster Hunter Rise Sunbreak Master Ranks, as these will entail recruiting and accepting a few NPC quests and aiding them with basic missions.

An Audience with The Queen

The first quest involves the follower Florayne, and the main objective of the quest is to hunt down a Rathian enemy located in the Sandy Plains. Players will be able to get 7560 gold and a certain amount of master rank experience too, and there is a time limit of 50 minutes in the quest.

Next up, players in Monster Hunter will be required to assist Dame Luchika in hunting down a Bishaten enemy that will be present in the Flooded Forest, and the same time limit of 50 minutes exists for the quest. The other enemies in the quest will be Hermitaur, Ceanataur, Bullfango, etc.

Flicker in The Night

Upon activating, the third Monster Hunter follower quest will include the client Dame Florayne, and going to the Shrine RUins to kill off a Tobi-Kadachi enemy will also be required from you. There will be other monsters like a Bullfango, Kelbi, Gajau, Izuchi, Gargwa and many more.

Moving on, Sir Jae will ask you to assist him in hunting down a Barioth enemy, which will be found after going to the Frost Islands, and it will reward the player with 9000 extra gold given that they complete it within the 50-minute time limit. The other enemies in this particular quest will include Felyne, Popo, Anteka, Gajau, Baggi, and Izuchi.

The fifth quest asks the player in Monster Hunter to kill off an Almudron, and Dame Rondine will request the quest itself, and if done within the 50-minute time limit, it will reward the player with 11k gold. Some other monsters that will be involved in the Flooded Forest area will include Gagau, Ludroth, Wroggi, bullfango, Ceanataur, and a few others.

Another important follower quest players can do to expand on their Master Ranks in the Monster hunter end-game is the A Tough Lesson. It will ask the player to kill off a Garangolm enemy, and the same NPC named Dame Luchika will request the quest, and these enemies can be found as well, such as a Ceanataur, bullfango, Gagau, Ludroth, and Slagtoth. For players that want to main the Dual Blade weapon, our Monster Hunter Rise Sunbreak Dual Blade builds guide is a solid option!

Into The Jungle Deep

Hunting down a Nargacuga will be your next priority if you want to achieve every follower quest to get your Master ranks up will include that of Into The Jungle Deep; it will include the killing of a Nargacuga, and Dame Rondine will request it up.

Another fun quest players can check out if they’re trying to level up faster in Monster Hunter is Passion Melts Ice. When activated, it will ask the player to listen to Dame Luchika go out to the Frost Islands and hunt an Aurora Somnacanth.

Here are the other enemies that can be encountered in the quest: Felyne, Popo, Anteka, Gajau, Bnahabra, Baggi, and Zamite.

The Enshrined Resentment quest is also pretty easy to do and can help boost the player’s master rank easily. For this, the client will be Master Arlow, who will ask you to assassinate a Magnamalo who is present in the Shrine Ruins.

The next quest will be known as Basarios Buzzkill, and the NPC known as Sir Jae will essentially ask for your help in killing 2 Basarios enemies, and they will be present in the Sandy Plains.

For a heavy reward of both Monster Hunter Rise Sunbreak Master Ranks and coins, do the Sisters Sally Forht quest, whereby the client known as Dame Florayne will commission you to kill three specific monsters. The monsters in question will be the Khezu, Somnacanth, and the Goss Harag in the Frost Islands.

The other enemy in the Frost Islands will include the Felyne, Popo, Anteka, Bnahabra, Gajau, Baggi, and Izuchi.

Hunting is All The Rage

Next up, the hunting is All The Rage will be commissioned to the monster Hunter players by Dame Florayne too, and it will require them to go out in the Citadel and kill off Lagombi, Blood, Bishaten, and the Anjanath foes.

The client, whose name will be the Minoto, will ask you to head over to the Jungle, after which he will ask you to hunt out an enemy known as a Mizutsune, and players will, as usual, have a total time limit of 50 minutes.

Not Your Average Picnic

The Not Your Average Picnic monster Hunter master rank quest will also give out solid rewards plus experience points. The main objective of the quest is to assist Hinoa, the Quest Maiden, in heading out to the Citadel and murdering the Rathalos enemy after dragging it out.

Dust Off Those Hunting Boots

As for the next quest that players can look into will include the An Ace Idea questline, which includes going over to Master utsushi and taking the commission from him. It entails going to the Flooded Forest and then murdering a Zinogre enemy that has been terrorizing the area.

The same NPC who we mentioned before, known as Hinoa, will ask the player to complete her Quest in Monster Hunter, whereby she will request you to go to the Jungle. After finding an Astalos, you will have to obliterate it as well.

Eight other enemies can be encountered while venturing into the Jungle, including Kelbi, Gargwa, Velociprey, Bullfango, Hermitaur, Ludroth, Vespoid, and the Hornetaur. Want to use the Hammer to obliterate enemies absolutely? Read up on our Monster Hunter Rise Sunbreak Hammer Build guide!

Moving along with the number of Follower quests we are uncovering, players should be able to increase their master ranks in no time. For the moonlit Espinascapade, players need to go to Master Arlow again, then go to the Citadel and kill an Espinas enemy.

The 19th Quest is known as Unknown Invader, and being commissioned once again by Master Arlow, he will want you to kill a Gore Magala this time, which can be found once you head over to the Shrine Ruins.

More enemies? More enemies indeed, and they are the Kelbi, Bullfangos, Gajaus, Gargwas, Wroggis, Izuchis, Jagras, and the Bombadgys. Want to find out who voices all of the characters in the game? Check out our Monster Hunter Rise Sunbreak Voice Actors guide!

Going to the Master Utsushi, players can accept their follower quest, whereby you will have to make a return trip to the Shrine Ruins from the last quest, and you will have to decimate a Lunagaron.

Another important quest players can’t miss out on if they want to up their master ranks as fast as possible is the Destructive Instructor, which will be requested by the Minoto, the Hub Maiden. He will request that you make your way to the Citadel as swiftly as possible and kill the Tigrex enemy.

The Monster hunter NPC, whose name is Hinoa the Quest Maiden, will commission players to traverse the Flooded Forest, and after they do so, they will need to hunt out two specific opponents. The enemies will be a Daimyo Hermitaur and one foe known as a Shogun Ceanataur.

Grabbin’ Life By The Horns

Master Utsushi will end up commissioning players who want to up their master ranks will, include the Grabbin’Grabbin’ Life By The Horns quests, which will include going over to the Jungle and using their attacks to murder off a Rajang.

There are some other enemies that players can find when they go to the Jungle, and these are the Kelbi, Gargwa, Velociprey, Hermitaur, Bullfango, Ludroth, Vespoid, and Hornetaurs. Make sure not to miss our Monster Hunter Rise Sunbreak Best Armor Sets guide!

A more intimidating NPC will be the Admiral Galleus (at least his name sounds intimidating), and he will ask you to basically go to a location known as Lava Caverns and bring out the Rathalos and Tigrex opponents and absolutely render them useless.

The Flame That Burns Within

Next up, Fugen The Elder will have yet another follow quest ready for you, and it will simply entail you traversing to the area of Citadel, dragging out a Zinogre and some Gore Magala enemies, and murdering them off.

The enemies that might be encountered while being in the Citadel might be Gowngoats, Boggis, Remobras, Pyrantulas, Kestodons, Kelbis, Hornetaurs, and Vespoids. With that, we will wrap up our Monster Hunter Rise Sunbreak Master Ranks guide! Players that want to read the end-game faster, then they might need help from our Monster Hunter Rise Sunbreak Builds guide so that they can build their characters better! 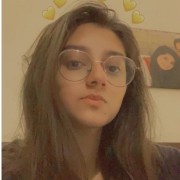