What Is A Supple Piel In MHR?

Let’s start things off by actually discussing just what exactly a Supple Piel is. In Monster Hunter Rise, there are things known as “items” which can come in handy for various uses, most of which include upgrade materials and forging materials, and they can come in handy during quests.

One of the items in-game is known as a Supple Piel, which is described as a flexible hide that derives from a Leviathan. Further description of it entails that it is a material for which the players need to work hard for if they want to obtain it, but the reality isn’t all that true, considering players can farm it pretty easily.

Supply Piel falls in the Monster Material type, and it has a rarity of 8, meaning that while it is not the rarest item in-game, it is pretty rare nonetheless. Players can hold only 99 Supple Piels at any given time, and if they have any abundant, they will need to sell them and gain a total of 610 Gold.

Make sure to read up on our Monster Hunter Rise Sunbreak Master Ranks Quests guide if you want to know how to complete all quests!

How To Farm Supple Piel

Moving on, let’s discuss just how players can farm Monster Hunter Rise Sunbreak Supple Piels in-game, and the main answer is that there are two main ways. One of the main ways to farm it is through killing Zamites, and the next is to go into Frost Islands.

The Zamites are known as such because they are essentially small monsters roaming around the open-world map. They are an Amphibian Type, and they are designed to use their piercing teeth to murder their prey and hide until they need to hunt again. They can continue to grow day after day.

They will typically be encountered whenever players venture deeper into the Frost Islands, and they have the following drop rates, out of which players in Monster Hunter can also gain access to Supple Piel.

Zamites are also known to appear in the “Hot Topic Hooligans” Hub Quest at a low rank which can grant players the ability to farm them further and gain their Supple Piels faster.

The next thing that we would like to discuss is the presence of Zamites on Frost Island and go a bit deeper into their location of them and what Frost Island is. While the Frost Islands are the main open-world location for players that can venture into and farm Zamites as much as they want to, there is an unlock criteria that need to be met.

There are two main sub-camps, one being called Area 6 and the other being Area 8. To unlock area 6, players will need to fully complete the request called “Frost Islands Sub-camp Security,” which they can unlock after they first stumble into the camp and find themselves in area 6. To unlock the quest, you will need to decimate 8 Zamite enemies in the islands, which works out in the player’s favor directly.

To unlock the Area 8 sub-camp, players need to finish the quest called “Frost Islands Sub-Camp Materials”, and this will be done the same way after players first make their way over to the camp location.

To unlock the quest, players will need to deliver two items, which will include 2 Warm Pelts and 4 Monster Bone S.

The actual location of Zamites will be in areas, 4,7,20,11, 12, and 8 in the Frost Islands, and players should look out for possible outbreaks of Zamites, which will allow them to farm them in bulk and gain access to even more loot.

One other thing that players should take note of is that if players grant Zamites the ability to suck their ability, they will grow in size, and after you decimate them, their drops will be a lot more valuable.

Next up, let’s take a look into the potential uses for Monster Hunter Rise Sunbreak Supple Piel as Upgrade Materials, as they will come in handy for upgrading weapons such as the Diamond Dust Bow and Khezu Cleaver, Razortooth Spear+ as well as the Stealth Dango Supreme.

Starting with the Diamond Dust Bow, it can be equipped by the players and can be used in battle. With an attack of 230, it will be able to aid the player in obliterating enemies that are present in front of them on the battlefield. The bow itself will have a rarity of 8, making it not that rare but not common either.

The element which is imbued into the Dust Bow is Ice 51, and the Arc Shot is Brace. The bow itself is a close-range bow, and it will have a total of 4 charged shot levels.

The forging materials that are needed for the Diamond Dust Bow include that of 5 Frociums, 1 Ultimas Crystal, 5 Purecrystals, and 4 Lagombi Frigidclaws, while the upgrade materials will include our very own 2 Supple Piels, 5 Eltalite Ores, 1 Glorius Crest and 2 Purecrystals.

The next weapon that we would like to discuss is known as Khezu Axe, which will indeed include the Supple Piel item in its upgrade materials. The ax itself will be a special ax known as the “Khezu Cleaver+”, and it will hone an attack of 260, and while it may not be the highest, it is still pretty impressive.

Its Phial Type will be an elemental, and it has the lightning symbol as it’s an element. There aren’t any forging materials that players can use for the Khezu Axe; however, it is only upgraded. The upgrade materials required will be one Supple Piel, 3 Pearl Glosshides, 5 Mystic Hardfangs, and 3 Lightning Sacs.

The next weapon that players can use Supple Piel as an upgrade material is the Razortooth Spear+ which will itself have an attack of 240, and that’s all there is to it.

For the forging materials, there aren’t any, and players can only upgrade the Razortooth Spear+, but they can use 4 Supple Piels, 2 Crushing Fangs, as well as 2 Frociums to upgrade the spear.

The final weapon that players can upgrade is going to be the Stealth Dango Supreme, which will have the same base attack as the Razortooth Spear+, which was set at 240.

Once again, the weapon is “upgrade-only”, entailing that it cannot be forged or crafted but can only be upgraded by using certain items. The items in question will be 2 Supple Piels, 2 Monster Essences as well as 2 Torpor Sacs. Our Monster Hunter Rise Sunbreak Hammer build will showcase the best way to prioritize the hammers you have in your arsenal for battle!

The next category of uses that we’d like to dive deeper into is the Supple Piel Forging uses, whereby players will be able to use it for forging purposes, including forging armor.

The first type of armor that players can craft with Supple Piel is Edel X Armor, which they can unlock after heading over to the Frost Islands and go to the Master Rank Meowcenaries and get the “Jewel of The Fall Star” item which is needed to unlock the armor itself. After gaining the item, Monster Hunter players will be able to craft the armor set at the smithy.

There are five items in the armor set, and the required materials are as follows, which will also include Supple Piel:

The next piece of armor that players can use Supple Piel for forging is the Makluva Hood X, which is the headpiece part of the entire Makluva X Armor Set, which will help to protect the player’s head while being in the middle of a tough battle.

The skills that are offered for the Makluva Hood X include Sleep Resistance level 2, Speed Eating level 1, and Stamina Surge level one, and it will have a base defense of 104.

To get your hands on the armor set and inevitably the Makluva Pants, get the Sun Springnight Carp, and it will be able to unlock the piece for you alongside the entire armor, which is comprised of the Hood, Makluva Cover, Sleeves, Coil, and the Pants.

The Makluva Pants have skills including Bubbly Dance, Resuscitate and Speed Eating, and players will need 2 Sushifish, 1 Supple Piel, 2 Eltalite Ores, and 2 Sun Springnight Carps. Do not miss out on our Monster Hunter Rise Best Builds guide!

The Barioth Vambraces will be the piece that will require the use of supple Piels items as the forging materials. The piece itself will have the Critical Eye at level 2, Maximum Might at level 1, and Quick Sheath skill at level 1.

The pieces will require the following forging items: 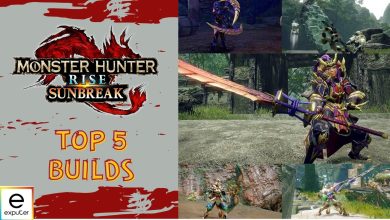 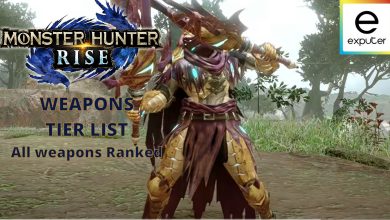