Multiversus is a game that is free to be played on PlayStation Four, Xbox One, PlayStation Five, Xbox Series S, and X. There are many characters like Mordecai and Rigby rumored to be joining the character roster of Multiversus. Check out our Multiversus Tier List for all the available characters in the game.

The game was released on July 2022 by Warner Bros and included many characters from DC Comics and cartoons from your favorite television channel Cartoon Network. A piece of great news for the fans of DC, you will also get to play Batman in Multiversus.

A choice to choose from 12 different kinds of characters with their unique and special skills, Multiversus is surely becoming one of the most played games worldwide. Not only this, but you can also choose your locations from the world of marvelous superheroes, such as Batcave of Batman.

The game can be played online as well as locally, where you can even check out the skills of your specific character. After you have successfully won a battle, you can collect the Trophies in Multiversus. If you are playing as Harley Quinn in Multiversus, check out our guide on her to master her abilities and combos.

A game with high competition and unique gameplay, Multiversus will keep you hooked with its range of
different characters. There are many New Characters in Multiversus that just got released. The best part about them is that you can buff their abilities using Gleamium in Multiversus.

Will Mordecai And Rigby Appear In Multiversus?

Still, there is room for a lot of characters to be added to the game and make it more interesting than it already is. Fans are always flowing twitter with their requests of chipping in characters from their favorite shows. In our guide, we will be talking about Mordecai and Rigby and how the players cannot help talking about it with the director.

We have also curated a guide on one of the popular characters, Finn in Multiversus.

Who are Mordecai And Rigby? 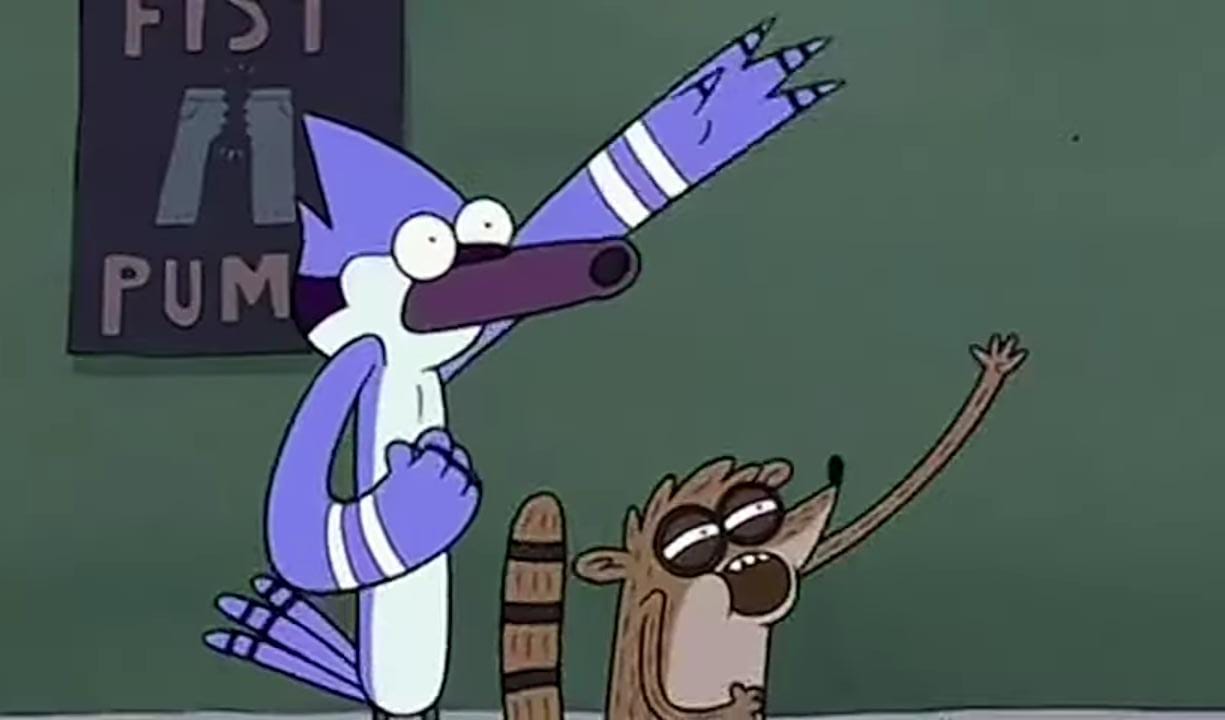 Mordecai, a blue jay, and Rigby, a raccoon, come from the show called Regular Show. The show is about these two, working at a park, being groundkeepers, and jumping into various, rather dangerous adventures. Produced by Cartoon Network, Regular Show is a fantasy cartoon show that was released on the 14th of August and became people’s favorite in no time.

Being an animated show and the love people still have for it even after all this time, it is highly predicted
to appear in Multiversus. And as it is a Cartoon Network production, the director of Multiversus will do
everything in their power to scoot in Mordecai and Rigby. A great status effect you can use to win in impossible battle situations is Toast in Multiversus.

Chances Of Mordecai And Rigby To Appear On Multiversus

During a conversation that one of the fans had with Multiverse’s producer Toby Huynh, where he made
a request to the latter to bring Mordecai And Rigby into the game as it can make it more interesting and
people will be even more hooked to it. If Jake in Multiversus is your favorite, check out our guide on him to see what possible combos he can perform.

On this request, the director told that fan about how Mordecai and Rigby’s show ‘Regular Show’ is also one of his favorite shows and will try and make his request possible. If they don’t get nerfed, they might be able to secure a place in the top 5 best characters of Multiversus.

This conversation sounds very exciting to the fans as the game developers have never given such a direct response to their fans, but this reply from the director has all the players hooked and looking forward. Are you a Cartoon Network fan? Then consider checking out our guide on Tom & Jerry in Multiversus.

As of yet, no proper date has come forward by the producers of Multiversus, so it is difficult to say anything about Mordecai and Rigby being present in the show, but let’s keep our fingers crossed and hope the mischievous duo soon make their appearance.

One of the most anticipated characters of Multiversus called Mordecai and Rigby are expected to step foot in the game and sweep the player’s feet off with their quirky acts and fun tactics. The duo might be more popular than Rick & Morty in Multiversus if they are released.

MultiVersus Wiki: All Guides To Get Started