The Caped Crusader joins the MultiVersus battle! Batman, the World’s Greatest Detective, battles the fighters of the MultiVersus with his arsenal of tools and intellect. Since he is one of the founding fathers of the Justice League, Batman doesn’t allow criminals to go free. Our MultiVersus Batman Guide goes down each of Batman’s special moves and guides how to employ each one.

Additionally, it offers essential advice on how to utilize Batman to defeat adversaries online. We also have you covered if you (unfortunately) don’t exactly know who Batman is. Find a full list of MultiVersus Batman combos below in our Guide if you intend to make Batman your new main or if you want to give him a try after viewing our MultiVersus tier list. 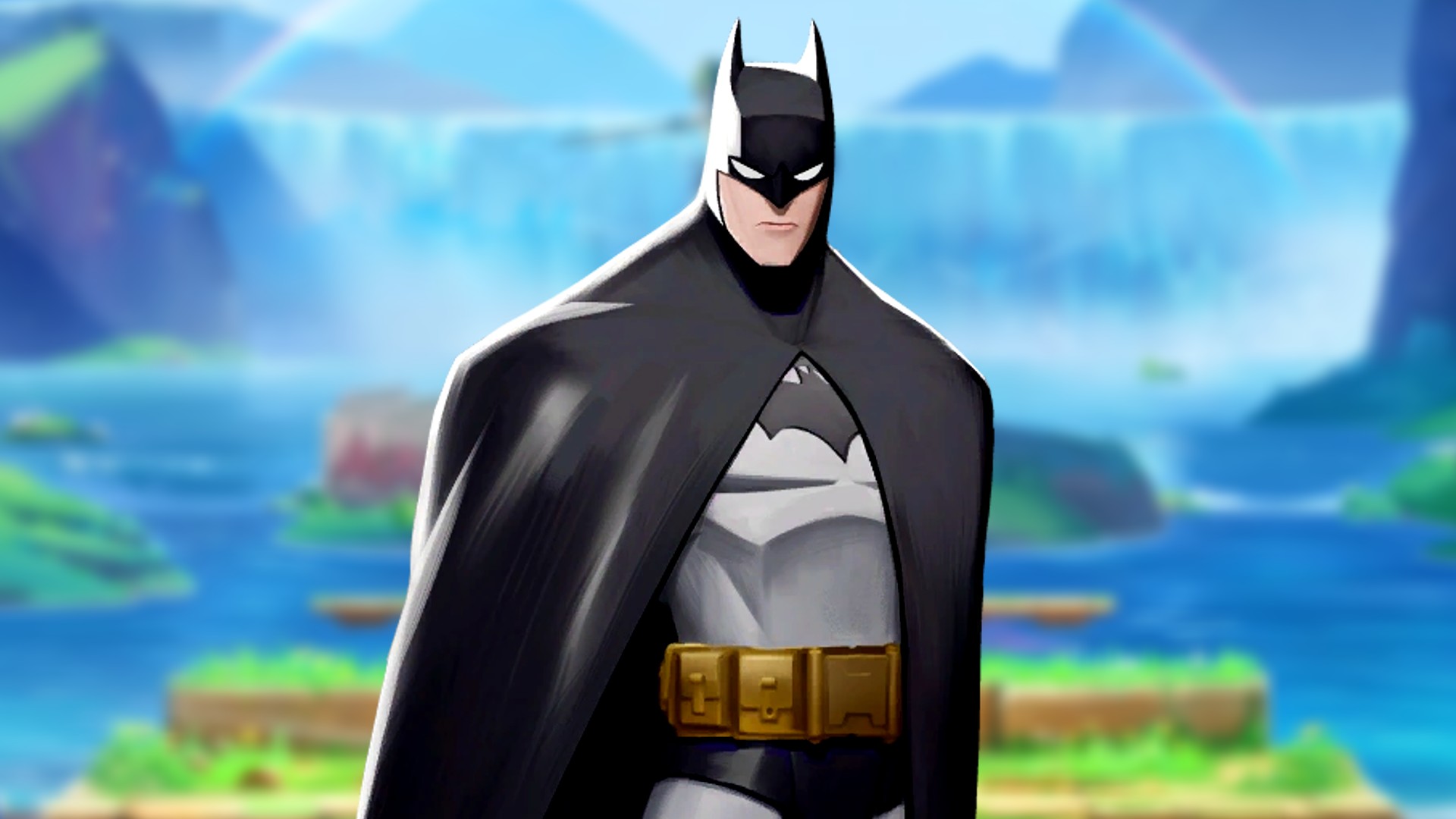 The night Bruce Wayne, then a little boy, witnessed his parents being shot in front of him, Batman and protector of Gotham City was born. Since then, he has vowed to fight crime and defend Gotham City’s citizens.

His commitment, tenacity, and intelligence have allowed him to stand shoulder to shoulder with the universe’s finest heroes despite lacking any superpowers or remarkable skills. Additionally helpful are the cutting-edge tools he has access to because of his family’s wealth.

Batman, the vigilante of Gotham City, is an Excellent brawler in MultiVersus. He was formerly marked as an assassin, making him the sole figure whose category has shifted from the previous iteration. This MultiVersus Batman Guide will teach you more about the Caped Crusader’s attacks, powers, and how to utilize him if you’re just getting started with him.

The MultiVersus cosmetic accessories for Batman that you may unlock are all listed below in this guide.

Samurai is a mainly unique Variant that draws from Batman’s samurai attire from the 2018 anime film Batman Ninja. Get to Tier 50 in the free battle pass available in the closed beta to get this variant.

The Animated Series is the Variant modeled on Batman’s design and color palette from Batman: The Animated Series, which was released in 1992. Sporting a squarer jawline and a more conventional yellow bat symbol, as the name implies, it gives Batman a more cartoon-like appearance. Use 2000 Gleamium to get this Variant.

Accidental Bomb is an emote which can be purchased for 350 Gleamium. As the name implies, an accidental bomb is dropped by batman to taunt his enemies.

The Default Emote is the basic Emote given to players for free when they first start the game.

The Batman Wins Badge shows how many victories a player has had using Batman. It can be acquired by reaching mastery level 15.

The Profile Icon for Batman can be unlocked after reaching mastery level 14.

The utility belt of Batman, which has been demonstrated to store a significant amount of gear and weapons, is the subject of a meta-joke in this emote.

The Bat Signal is the Ring out VFX available for 1200 Gleamium. Batman utilizes Bat Signal emoticon whenever he gets knocked out of the Battlefield.

All Batman Perks In MultiVersus

If you provide The Caped Crusader with the correct perks, he can be a dominant character. The list of all Batman Perks is explained in this part of the MultiVersus Batman Guide. These are a part of Batman’s Mastery path and can be unlocked with XP.

Except for Signature Perks, which are special to the character for which they are obtained, it is always cheaper to purchase a character’s Perks as Training Perks for another character once they have been unlocked.

Hit ‘Em While They’re Down

In MultiVersus, the Offense Perk Hit ‘Em While They’re Down can be used to do 5 percent more damage when playing alone. However, if you are stacked, your team’s damage is raised by 10%.

That’s (Not) All Folks! in MultiVersus as an offensive perk that may be equipped. Whenever you are fighting alone, you can get pushed back to the main stage if you are beating an enemy when they are close to the arena’s edge.

However, the push zone is stronger and bigger when both teammates are using the Perk. That’s all folks!, which appears after most Loony Tunes cartoons, and inspired the name of this perk.

Batman has a signature perk called Bouncerang that may be used. The maximum number of stacks of the weakened debuff will be applied if Batman swings the Batarang at an adversary as it returns to him.

Batman has a Signature Perk that can be used: Precision Grapple. When Batman reaches his goal, a strong blast is released from his grappling hook. He still grapples him, but he does less damage and knockback.

This part of the guide will go through Batman’s moves and provide some tips on using him successfully if you wish to play as him in MultiVersus.

Batman’s Bat-Bomb is a tiny explosive weapon that can be connected to an adversary. After a short period of attachment, it will explode and launch the opponent into the air. The Bat-Bomb will be released when the command is carried out, although Batman will initially hold it.

After that, you must attack your adversary to attach the bomb to them when you score a hit. The bomb will be linked to the Batarang if you toss it (neutral basic attack) after defeating a Bat-Bomb, allowing players to deploy it from a range.

If Batman didn’t have his go-to grappling hook, where would he be?.  The Bat-Grapple may be utilized on both the ground and in the air and has two main functions: assault and recovery. If you shoot it at a foe and it hits them, Batman will immediately fly over the stage in their direction and strike them.

Alternately, you may shoot the Bat-Grapple towards certain areas of the set, and it will connect to those and pull you over to them if you need to move rapidly or are about to fall off the side of the stage.

The Rising Bat is a conventional upper-cut punch, but it does have it has a few unique characteristics. First off, it has a charge feature.

If you strike an adversary using a fully charged one, it will hit them twice and deal additional damage. In addition, it can be executed in the air, providing you greater height and enabling you to knock opponents off the stage.

A solid tactic is to strike an adversary with the ground version, then leap straight up and repeat the command to attempt to strike them again with the air version because the air and ground versions may both be used in rapid succession.

When Batman does this move, a huge cloud of smoke is produced when he drops a smoke bomb on the floor. You will become entirely invisible but not invulnerable if you remain still in the smoke. If adversaries find out you’re inside the smoke, they might still inflict normal damage on you.

However, the smoke also has additional advantages. Attacking enemies while invisible allows you to move more quickly and inflicts “weakened” debuffs on them. Additionally, hiding in the smoke will enable you to dodge more frequently if you’re the kind that loves to do so regularly because your dodge meter will fill up more quickly.

Batman’s dependable Batarang may be targeted while in flight and will soon return. A cooldown is present. However, if the Batarang reappears, that cooldown is shortened.

A series of punches that conclude with an uppercut.

With the Bat-Strike you punch straight and go forward. You can also repeat the move to combo into a punch that will advance until it hits an adversary.

Players can charge an upward swing by using Clear The Air.

A sliding attack may be charged using the Bat-Slide. The slides extend with charging. You may use it once more to transition forward into a kick.

A horizontal flip kick is called a Bat-kick.

Batman kicks downwards and rockets to the earth with the Crashing Justice while maintaining control of his direction.

In addition, Batman and his friends will still be able to see opponent characters in MultiVersus who are performing an invisibility technique. Furthermore, Batman will also be able to use his passive ability to evade upwards and diagonally up from the ground.

In MultiVersus, combos are difficult to execute and can require a great deal of skill and experience. Batman is a fantastic mix-up character who depends upon aerial and ground attacks. He is excellent at catching you off guard and incorporating moves that you wouldn’t necessarily anticipate.

Batman’s combos heavily rely on the Batarang and attack juggling to make the combo last as long as feasible. You can neatly extend or shorten chains at will because of the way the moves flow into one another. The chains that make up the MultiVersus Batman combinations are listed in the Guide as follows:

Three conventional side strikes are used in Batman’s basic launch combination, which is followed by a unique uppercut that propels your opponents to the ground.

The multi-hit launch combination is identical in that it sends your enemies flying, but instead of starting with your normal combo, you stun your opponents first by charging up the Batarang to land an extra strike.

Combining the above launch combinations with detonating a Bat-Bomb on your adversary first is the Bat-Bomb Standard combo. It enables you to deliver a second strike and then juggle after the bomb goes off.

This combo employs Batman’s Bat-Bomb, Batarang, as well as an uppercut to knock someone behind you off the stage or knock them out altogether. It does not rely on the normal three-hit side attack combo.

The stated combination combines grappling with the Bat-Bomb to render your enemies dazed and defenseless. These blows also add to the aforementioned combinations.

How To Fully Utilize Batman

Batman likes to get in close and personal, just like most brawlers do. He is most comfortable when he can use his side attack, the Bat-combo, in a series of combos while keeping his sneaky Bat-Bomb Special Ability on standby.

He has incredible mobility for a brawler and can set up strikes from all sides or escape dangerous situations by using his grappling hook and gliding. Smart Batman players will search for ways to use his agility to overcome one of his weaknesses—his air game is a little limited in comparison to what he can achieve on the ground.

Another thing to keep in mind is that, even though cunning adversaries may try to bait Batman or maintain him at a distance from them, you can always count on your Batarangs to convince them that doing so is a terrible idea.

Additionally, to give yourself and your companion an edge during the battle, you should try to distribute and heap as many Weakened debuffs onto your opponents as you can.

That concludes our knowledge of Batman inside MultiVersus in the Guide. Do you like taking on the role of the Caped Crusader? Comment below with your own opinions and suggestions. 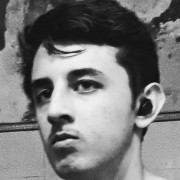 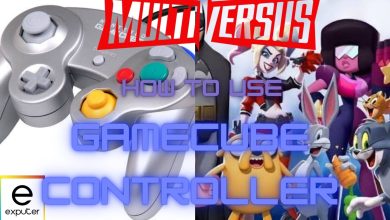 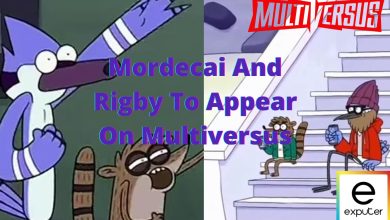 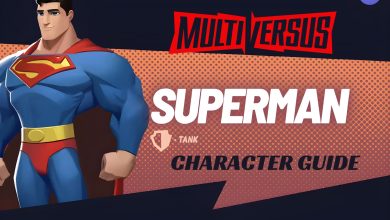 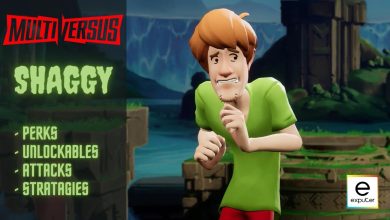