Overwatch 2 is a PvP first-person shooter and a sequel to the 2016 game. The game includes many changes and new characters that help set it apart from the original game. You can go through our Overwatch 2 Walkthrough to learn about all the changes that were made to the game.

The game was published and developed by Blizzard Entertainment. It was released on October 4th, 2022 on all available platforms. As it is a direct sequel of the 2016 game, most of the things were left the same as the original game.

However, some new features and changes were also represented. These changes included things like new characters, mechanics, and changes to existing game modes. Several existing characters in the game were also reworked to make the game more competitive and enjoyable.

Overwatch 2 is a multiplayer game that allows you to play with your friends on different platforms. The game also includes modes like player-versus-player that allow you to play with them in teams of 5. Other game modes like ‘Push’ were also introduced to give the players some options when playing the game.

Overwatch 2 also replaced the loot boxes from the original game and replaced it with a Battle Pass. The battle pass requires you to complete different tasks. Completing these tasks help you earn coins that can be used to unlock different rewards.

Game reviews are a great play to develop opinions about a game. It helps you better understand what a game has to offer. And even though Overwatch 2 is a free-to-play game, our game review can help you make up your mind on whether it is worth playing or not. It explores every aspect of the game to provide a better understanding of what to expect from it.

When Overwatch 2 was made available to the public, it was laden with bugs and issues. During the first week of release, the game was unplayable. Because of these issues, players had to wait hours to get into a game.

Furthermore, once you got into a game, they could even result in you getting kicked out of it without warning. Although most of the issues have been resolved, some of them are still present in the game. Because of this, our Overwatch 2 Walkthrough includes a list of error fix guides. The guides provide a step-by-step process that you can follow to fix these lingering issues.

Additionally, the walkthrough also includes best settings guides. These guides explore the best settings that you can use in the game. Implementing these settings can have a major impact on your gameplay and overall game experience.

Overwatch 2 implemented a variety of changes that sets it apart from the original game. These changes include things like hero abilities, mechanics, and the introduction of new game modes and characters. Understanding these changes is important as they will help you climb faster in the game.

Our Overwatch 2 Walkthrough includes multiple guides for people who are starting in the game. These guides explore different tips and tricks that you can implement in the game to improve your overall experience. The guides also go into detail about different aspects that differentiate the sequel from the original game.

Our walkthrough includes different guides and tier lists that rank all heroes in these categories. These tier lists help you choose the best characters based on the role that you are playing. Picking the best character can significantly improve your chances of winning and ranking up.

Once you have learned about the best heroes in the game, it is also important to understand how to play them. Each hero in Overwatch 2 has unique skills and abilities. You can use these abilities in different scenarios to give yourself an advantage.

Our Overwatch 2 Walkthrough includes a list of hero guides that talk about every hero in detail. These guides explore every detail about the heroes, including their abilities, strengths, weaknesses, and synergy with other heroes. The guides also provide you with different tips that take your skillset to an elite level.

Overwatch 2 has a lot more to offer to the players aside from its stacked roster. You also need to keep things like ultimate abilities, maps, weapon charms, and team comps in mind while playing the game. Understanding all these mechanics is essential as they add a level of complexity to the game.

Additionally, other actions can improve your game experience. For instance, XP plays a vital role in Overwatch 2. It allows you to unlock different rewards, including things like character skins. You can use different methods to farm XP faster to unlock all these rewards.

You can also unlock these items using coins. Coins are the main in-game currency in Overwatch 2. They can be acquired using different strategies and can be used to unlock emotes, sprays, and much more. Our Overwatch 2 Walkthrough includes guides that explain all these mechanics in great detail.

Overwatch 2 also includes some unique features that make the game unique. The game also provides crossplay and cross-progression on all platforms. These features allow you to play the game across different platforms while recording your progress. These platforms also include the Steam Deck which lets you play Overwatch 2 on the go.

Additionally, the game also has a massive cast of voice actors behind it. Each character in the game is voiced in different languages by different actors. Some of these actors are newcomers while others are big names in the gaming industry. 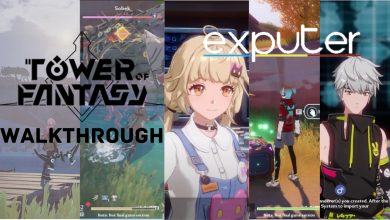 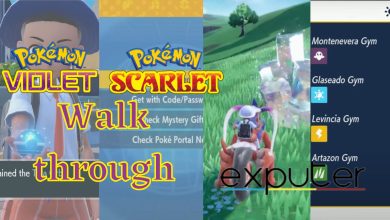 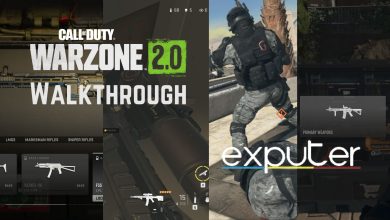