Money is required to get various items that help you throughout your journey in Pokemon Scarlet and Violet; that is why money farming is important. Money in Pokemon is interchangeably used as Poke dollars, and it can be farmed in different methods. In our Pokemon Scarlet and Violet how-to-farm money guide, we will cover all of these methods so that you can enjoy your adventure without having to worry about getting low on cash.

All of these methods are great, and you can get a considerable amount of money if you invest time in any of these. So without further ado, let us dive right in.

As you roam around the region of Pladea, you are bound to find red or yellow pokeballs, or even some shiny star pieces lying on the ground. These pokeballs can contain medicines, TMs, items that can be held by your pokemon, or even pokeballs themselves. And the shiny stars have a chance of containing valuable items like stardust, star pieces, nuggets, or pearls.

In Pokemon Scarlet and Violet, these items can be sold in the poke mart, and they sell for a great amount. You can see the price of each item when you visit any poke mart in the game, and this method is one of the most reliable ways to farm money.

Where To Find Items

Although the items are scattered around the whole region, some areas on the map are more densely packed with them than others. The desert areas will always contain many items for the players to find and sell. Some of these areas are around:

We would suggest players unlock the dash ability of their legendary ride before heading out for the hunt of items. This will allow for faster search through the above-mentioned areas and save their time. You can unlock the dash ability by defeating the Stony Cliff Titan (Klawf) in the rocky terrain in South Province (Area Three).

All you need to do is keep your eyes peeled for any shiny object that isn’t a pokemon and interact with it. If you are lucky, you can make up to 250,000 Poke dollars in just half an hour through this method.

In addition to this, you can change the system time of your switch console to reset the spawns of these items. Head over to your system settings, close the running application and move the time 2 hours ahead. Just make sure to save your game before closing the application to pick up from where you left off.

Any player who has played some other Pokemon titles like sword and shield will have an idea of this technique. So, basically, the spawn position of each material is the same, and it resets approximately after 2 hours (in real-time). Hence you can exploit this and get the most reliable money farm in Pokemon Scarlet and Violet.

The Pokemons Meowth and its evolved form, Persian, in Pokemon Scarlet and Violet, can learn a move called PayDay. This move basically provides extra money after each battle if the move is used during the battle. Although the extra amount isn’t that much, if used consistently, this can be an easy method of money farming. And so it literally pays to have a meowth in your team.

You can catch meowth in almost any area and can use the move PayDay multiple times. Increasing the amount of money you get each time.

Like other previous Pokemon titles, Pokemon Scarlet and Violet also give money after the player wins any pokemon battle. This amount is more if the battle is against another trainer and relatively less if players fight wild pokemons. Just search for a yellow text box above any NPC’s head, and you have a battle against a player that’ll earn you good cash. So, Pokemon battles also tend to be a good money farm.

Head in as many battles as you can to earn maximum money. You can earn anywhere between 250 and 2,500 Poke dollars after each battle.

Apart from the perks you get from earning Gym badges after defeating a gym, Gym can also be a great money farm. In Pokemon Scarlet and Violet, each battle gives the player some money if he wins. And gyms are no exception. In fact, Gym battles pay more than your regular trainer battles, and hence it is always a good choice to hit up the gym when you need money.

There are 8 gyms in Pokemon Scarlet and Violet, spread across the region of Pladea. Gym battles do tend to be hard and time consuming at times, but the money earned in the end is worth the effort.

Raid battles make a return in Pokemon Scarlet and Violet in the form of Tera Raid Battles. These battles are built around Terastal Phenomenon; that is, players have to fight a terastallized pokemon in groups of 4. For some players, it’s a whole new challenge, and for some, it can be an excellent money farm.

After defeating the Terastal Pokemon, players get huge loot drops and a chance to capture that tera raid pokemon. These loot drops contain items like stardust, pearl, and star pieces, which sell for quite a lot in poke marts. There will be greater rewards for greater raid-level battles, and you unlock higher raid levels as you progress the game. If you can’t take on higher level 6 raid levels, then you can easily settle for lower-level raids for fast money.

As you venture into the lands of Pladea, in Pokemon Scarlet and Violet, you’ll see some shiny crystal-like structures. Interact with them to head into the raid battle. You can take on the tera raid with 3 other members online or jump in with NPCs in offline mode. You can simply join an online tera raid battle from the poke portal (from the menu) to save the hassle of searching for shiny crystals.

Another method of farming money in Pokemon Scarlet and violet is to use an amulet coin. An amulet coin is an item that can be held by a pokemon, and it doubles any money earned from the battle, given that the holder enters the battle at least once. This can be a game changer since this item literally doubles the amount of money earned from any battle.

The flip side of this method is that the amulet coin isn’t available in the early game. Players need at least level 30 pokemon in their party to get their hands on this item. Basically, in medali town, you need to talk with the pokemon League Rep (in the suit) near the Poke center. He will ask you to defeat 5 trainers in West Province (Area Three). After defeating these 5 trainers, you will need to talk to him again to get the Amulet Coin.

Pokemon Scarlet and Violet is the latest title from the Pokemon franchise. And like other pokemon titles, it has been a huge hit. Apart from the smooth gameplay and fresh graphics, the freedom of choosing your own adventure has attracted many players to pokemon scarlet and violet.

Money has been an important asset in all previous Pokemon titles, and Pokemon Scarlet and Violet are no different. Money is used to purchase items from shops; from the basic potions to the greatest pokeballs, all require money. Even most picnic ingredients and TM creations require Poke dollars. So, an efficient money farm becomes a need for reliable source of money rather, and in this guide, we have listed the different methods of farming money in Pokemon Scarlet and Violet.

Hopefully, after reading this guide, you will have an idea of how to farm money in pokemon Scarlet and Violet. If you need help starting your journey, give a read Pokemon Scarlet And Violet Tips & Tricks. And if you want to know how to get your hands on all 3 starters, the How To Get All Starters guide is a must-read. Let us know in the comments if you find this guide helpful. 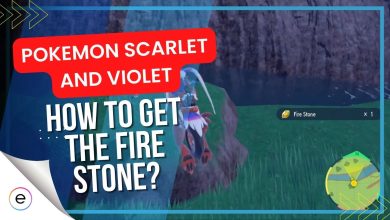 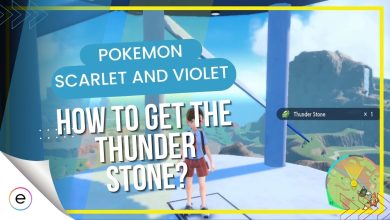 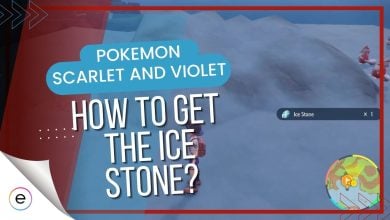 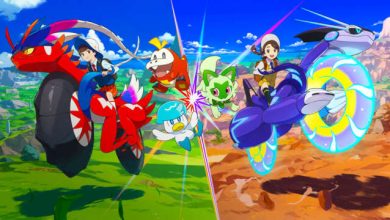