Warner Bros’ new game MultiVersus is now available on Xbox, PlayStation, and Microsoft Windows. It is a crossover fighting game that is free to play. You get to see some of your childhood characters and some recent characters, such as Rick and Morty, Jake, and Taz. However, characters such as Reindog are totally new in MultiVersus, and players are thinking about whether they have seen it earlier or not.

Each character in MultiVersus has a special role that plays a part in the overall strategy of the team. The special role can be identified as classes, and it lets the players know the strengths of a character. Read the Multiversus BEST Characters guide and our MultiVersus Tier List to gain in-depth knowledge about their abilities, perks, and usage.

There are a total of five classes in the game, which are Bruiser, Tank, Mage, Assassin, and Support. The Bruisers, like Batman, deal damage to enemies by using their fists. The Tanks, like Superman, can receive a lot of damage and cover the team.

The Mages, like Bugs Bunny, deal major damage by using projectiles; you can use them for long-range attacks. The Assassins, like Arya Stark, use weapons to slay down the enemies. Lastly, Support, like Reindog, helps their team by providing aid in duos matches of MultiVersus.

Most characters that you will come across in Multiverses can be recognized, and they can be Tom & Jerry, Finn, and Batman. However, we are sure that you have never heard of Reindog before MultiVersus ever. Some players took out their frustration on Twitter, asking who Reindog is, while some started adoring the cute character.

From what Warner Bros has revealed, Reindog comes from the world of Zanifeer. The character was one of its many kinds, and their task was to guard and keep the Royal Family safe. That is the reason why the character is of support class and possesses moves based on team protection.

The lore of the character is rather sad. Its world was the first one to fall during a great dimensional cataclysm under a phenomenon called ‘The Nothing.’ Moreover, Reindog was the sole survivor in its world. Since the game is still developing, read the MultiVersus New Characters guide to find out what’s next.

There are mainly three ways through which you can unlock Reindog in MultiVersus. You can spend 3,000 Gold which you can earn by playing the game, finishing challenges, and completing missions. If your online mode is not working, then consider reading Multiversus Online Not Working.

The default skin of Reindog in MultiVersus is just the creature with a cute smile which is called ‘Battle.’ However, the other skin gives him a neat suit of armor. The suit also makes him look like a Roman Centurion. You cannot unlock the skin through the gameplay, and rather you will have to spend 1,500 Gleamium, which is the premium currency of the game.

All Reindog Moves In MultiVersus

All the moves of the character can be divided into two main categories, which are grounded and aerial.

Since Reindog is a supporting character, we recommend you make a combination of partner assisting moves, offensive attacks, and debuffs. You might use him in 1v1 battles, so it will be best to use damage-dealing perks as you will have no one to support.

The Fire Fluff is undoubtedly the best signature perk for Reindog, which gives its fireball a large firewall as soon as it impacts the ground. His fireball is the main damage dealing powerful attack, and once you increase his strength, Reindog’s attacking ability will suit your aggressive strategy.

The main focus of Reindog’s abilities is debuffs and projectiles. This perk increases the team’s projectile speed which makes the team along with him more effective. It can even help you in locking down the arena, and if you get technical, you can even push the enemies further and off the stage entirely.

Although your team will be receiving a 25% increase in projectile speed, the downside of the perk is that the projectile is relatively slower, but you can speed it up while they are on fire without charging a bunch.

The second slot perk will deal increased damage when you hit rebuffed enemies. Since Reindog constantly debuffs enemies due to his supporting class, the perk will help the team overall in dealing overall damage.

The perk also focuses on increasing the character’s attacking ability rather than supporting. So, if your strategy is aggressive, then you should surely pick it up. We recommend you keep an ally who deals high damage, such as a Bruiser or an Assassin.

The last perk mainly focuses on debuffing the enemies. The perk will apply a shock to the enemy team through a projectile when allies stay on the ground for four seconds. The perk bonus is still a nice addition to the loadout, even though it requires your team to stay on the ground. The only downside of the powerful Static Electricity is that the timer resets as soon as the team leaves the ground.

If you are not in a 1v1, you will be expected by your allies to keep the support as high as possible. Your teammates will play more aggressively, knowing and trusting that there is a supporting character on the roster.

The signature perk will allow you to be a better defensive tool and let you push away the enemies who are trying to close up on the arena to attack. The Crystal Pal will follow the Reindog as he descends. Remember, the perk can be unlocked once you reach the mastery level of 8 with Reindog.

It is one of the premium perks that you can apply to any character. Its purpose is for the defense as it reduces the incoming damage by 4%. It improves the survivability of the team, especially when the opponents have high damage dealing characters. If there are two characters in the team using Kryptonian Skin, the damage will reduce by only 6%.

The name of the perk changed, and you might know it as Retaliation Ready. With this perk, once you knock down an enemy from a projectile, your team will get three grey health for three seconds. Moreover, the effect will stack in case the perk is applied to both teams.

The perk was overpowered, and so MultiVersus decided to nerf the duration of it from five seconds to three seconds. The stacking power was also reduced from eight to four.

Although Reindog is a supporting character in MultiVersus, it does not mean that you can’t use him flexibly. The perks mentioned above will make Reindog deal more damage to the enemies. You can even sue him as a tank as he is capable of receiving a great amount of damage.

The main focus while playing Reindog is to play safe and stay alive so you can use your Love Leash to keep your allies safe. His Neutral Special ability allows you and your teammates to go at off angles and off the side of the arena to attack. If you see that the danger is close, you can simply press the input again. Doing that will simply yank them back to safety.

You can easily control the battlefield and push back enemies by using Meteor, Fireball, and Power Crystal. It will also give your allies an advantage as the enemies will be distracted and most vulnerable. If any of your allies need help, make sure you are there, as Reindog can scrap close areas pretty well.

That is all from our side, and we hope you will like Reindog, the new and wholesome character of MultiVersus. The community is also expecting Warner Bros to properly introduce him and his lore so they can enjoy it even more. Read the How To Toast In MultiVersus guide so you can know how to get toast and how to use it in MultiVersus. 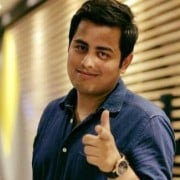