The game starts exactly from where the last series ended. From Guybrush roaming around wildly at some park of amusements with his brother named Chuckie. Guybrush was caged in a war along with a pirate of zombies called LeChuck.

Have fights with new and old friends on an island familiar to everyone. However, it has been under the leadership of some dangerous people. Explore more and take yourself to the seas of higher notions, all while battling your way through difficult situations.

Players will come across many strange circumstances and puzzles that will have them players lose their minds—Battle through everything else that stands as an obstacle for Guybrush to reach his glory.

Return To The Monkey Island Scurvydogs is one of the many puzzles that have become famous since the game was released. Players might find solving this riddle a little hectic during the start of the game.

Survydogs are some hotdogs that the players will have to obtain during the game. Moreover, the Scurvydogs will also include a motif of pirates once they have taken charge of a pirate full of youth but a little intimidating.

Below, there are all the ways through which the players can get the scurvy dogs from. Moreover, we have also mentioned all the ways in detail with steps.

Players will first have to enter the shop with a red roof color that has a yellow-colored structure. When the players start playing the game, they will take the Guybrush into their control.

Hence, they will appear on the front side of the shop of Scruvydog. The shop is yellow on the left of the building. Moreover, the players will also witness the pirate and the parakeet both sleeping soundly on one side of the balcony.

Players who have had the experience of playing Return To The Monkey Island would have in their mind a memory of this as the business of the Weiner. The hotdog placed on the roof side was replaced by a sign of hardwood on the front of the shop.

Secondly, the players will have to start a conversation with the keeper of the shop. Tap on the door of the sop and start talking to the man sitting at the table. Moreover, players should get towards the counter and ask the man for 2 scurvy dogs.

Chuckie would advise Guybrush to do a little hunting for some change from the outhouse near the shop as he will not give any scurvy dogs if Guybrush does not give him any money to buy them.

Moreover, an artificial wooden leg glued to the key has to be removed before the players move out of the shop as it will make them get the bathroom door opened above them otherwise.

Thirdly, the players have to move over to the outhouse. Locate the store in which there is a letter with a message for them. Players can locate the key in the store on the screen’s left corner.

The key will be chained to the leg, where a letter will be hanging right above it. Moreover, the owner of the store will tell the players to get the key removed once they have used it. Pick the key up and get access to the stash once it is done. Furthermore, tap on the option ‘Examines Outside” once they have grabbed the key.

Peel The Slug Off Of The Floor

Start looking for the slug below the outhouse. Players are supposed to get the key to the outhouse from the bag of Guybrush and get the door of the outhouse unlocked so that they can step inside.

Get back to the shop and get the slug traded for Scurvydogs. Move over to the guy seated in the chair and take the scurvy dogs. When the players get the item examined, it will reveal a new slug. A coin counterfeit is of the size and in the form of eight pieces.

If the players follow the description of Chuckie, they will grab the coin and take it to the shop of Scurvydogs. Moreover, they should give it to the person on the counter.

Once the players have gotten two scurvy dogs from the man, he will leave. The players can also exit the shop by getting the right-handed path placed on the player’s screen.

Furthermore, if the players have gotten scurvy dogs, they will travel to some other place where they will interact with another character. The character will be a little girl called Dee.

Collecting Scurvydogs in the game is an important part of the game. Gather the items to unlock more missions and rewards in Return To The Monkey Island. 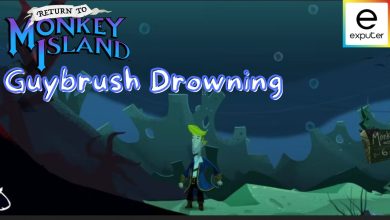 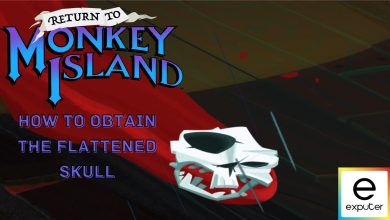 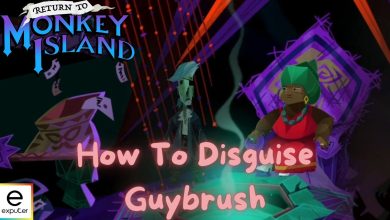 Return To Monkey Island: How To Disguise Guybrush 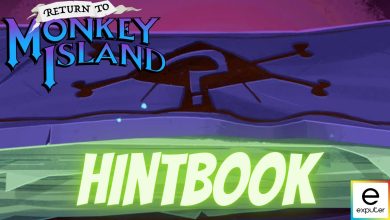 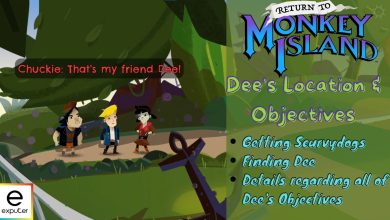 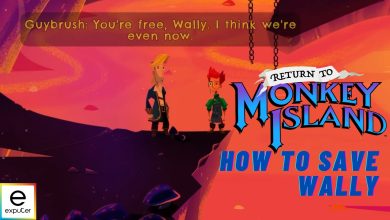 How To Save Wally In Return To Monkey Island