Wacky and fun are the two words that almost capture the exhilarating ride that Tiny Tina’s Wonderlands is. From start to finish, it’s an awesome Borderland spin-off in a fantasy setting filled with magical creatures, enemies, and tons of weapons that oddly feel out of place.  As a Borderlands junkie myself, I was waiting for it to drop on consoles and PC so I can play the crap out of it. And Ladies and Gentlemen, it did not disappoint. So after tons of hours of maniacally laughing and wreaking havoc in the wonderland, I’ve finally sat down to create this Best Tiny Tina’s Wonderlands settings guide.

Before you go any further, bookmark our Tiny Tina’s Wonderlands best builds to read about next!

How is the Optimization for Tiny Tina’s Wonderlands on PC?

Now first things first. The game is phenomenal to play on PC. I mean the visuals, art design, and gameplay somehow improve on the typical Borderlands formula. It throws you into this fresh setting with a world full of exciting sights to see and run around with weapons of mass destruction. But something that was more surprising for me was the game’s performance.

As we know, Borderlands 3 didn’t come out great. It had some performance issues and bugs at launch which, to Gearbox’s credit, were swiftly fixed. So I was kind of expecting the same situation with Tiny Tina’s Wonderlands too and boy was I wrong. Sure the game demands decent hardware, but it’s a greatly optimized game that comfortably runs on almost every hardware. From GTX 900 series to the latest ones, everyone can comfortably game on 30-60+ locked FPS with ease.

Since Tiny Tina’s Wonderlands is a fluid FPS shooter that’s best enjoyed in high FPS, I’m going to make that happen for you. We’re going to optimize the in-game graphics settings to get even more performance out of it. This means if you’re getting around 60 FPS right now, we’ll try to amp those numbers up to 100 FPS with little to no visuals loss. Sounds great? We’ll then hop on and let’s get you through this best Tiny TIna’s Wonderlands settings guide with style.

Woah! Before we go through the Wonderland of optimized settings ahead, we got to make sure your PC’s up for the ride. Now even though Tiny Tina’s Wonderlands isn’t a highly demanding game, your PC still has to meet the minimum requirements to run it.

Here are the PC system requirements for Tiny Tina’s Wonderlands released by GEarbox down below:

Tiny Tina’s Wonderlands is a game built on Unreal Engine 4 (similar to Borderlands 3). So it might not be a shock to you that it requires such low requirements to run. But it’s a great sign since most players will be able to experience this epic adventure this way.

Check out Tiny Tina’s Wonderlands Secret Raid Location to get ready to face off against some tough bosses.

Now that we’ve confirmed that your PC is ready to run the game, let’s start optimizing the best Tiny Tina’s Wonderlands settings. These settings are mainly focused on providing you with high FPS without losing the visual quality of the game. So buckle up, and let’s start optimizing every in-game graphics setting from top to bottom.

First off, we’ll start by optimizing the basic video settings:

In-display, select the primary monitor that you want the game to be displayed on.

The aspect ratio here usually adjusts with the resolution you select. However, if it doesn’t, most of the monitors usually come in either a 16:9 aspect ratio or 16:10. You can try either one to see which one works for you.

Resolution is a crucial factor in deciding how good your in-game textures are going to render. If you select your display’s native resolution, you’ll be all set here. However, if you’re causing performance, using lower resolution will make stuff blurry and negatively affect immersion.

As usual, we don’t use Vertical Sync in almost every game because it increases input latency. However, if you’re facing excessive fits, please take her to a hospital asap.

The resolution scale is the slider than helps your select resolution output in its full capacity. Anything lower than 100% will make everything on your screen blurry.

Tiny Tina’s Wonderlands is a fantastic game to play, so don’t keep its FPS locked up. Set the Limit Frame Rate option to unlimited to avoid capping frames at a value.

Always remember, the more field of view you use, the more taxing the game is going to be since it’ll have to load more environmental objects into the view. Hence, any value between 80 and 90 is great for you.

Now that we’re done with the basic settings, let’s jump ahead to the best Tiny Tina’s Wonderlands advanced graphics settings.

There are a total of 6 graphical presets by default in Tiny Tina’s Wonderlands graphics settings. Each is meant for a range of GPUs from low-end to high-end ones. However, we’re going to fine-tune each setting so don’t bother selecting anything in Graphics Quality presets.

Now there are two Antialiasing modes in the game; FXAA and Tempora (TAA). Now, FXAA looked the sharpest but failed to properly remove jagged edges from the textures in-game. So, temporal was the clear winner here.

Putting the Material Quality on Medium gave me a healthy boost of 12-13% in performance. That said, the visual trade-off wasn’t that huge either. So, medium it is.

Now Anisotropic Filtering is probably one of the cheapest settings that help sharpens in-game textures for little to no performance difference. Setting 16X here is a no-brainer but you could lower it down to get a bit more performance.

Now Shadows might be one of the most taxing graphics options in Tiny Tina’s Wonderland settings. Lowering from Ultra to Low gave me about an 18-21% FPS boost and that’s a lot. So, if you really don’t care about the shadows and want raw performance, set Shadows to Low. If you want to add a little depth to the environment, then go for medium.

These are simply performance metrics used to display your PC’s performance while running the game. Keep it off for maximum immersion in-game.

Setting Draw Distance to Medium is a great sweet spot between good performance and decent visual quality. Lowering it can cause texture pop-in issues for some and increasing it will decrease performance.

The Clutter graphics settings decide how many objects or environmental items you can find lying around in the world. As lowering Clutter to Medium didn’t really provide an FPS boost, you might as well keep it at Ultra.

Terrain Detail is also one of those settings that don’t really impact your performance that much. If you want to run the utmost optimized settings, keep Terrain Details low. Otherwise, high is a good balance.

Did you know there’s an Infinite Skeleton Key Glitch in Tiny Tina’s Wonderlands? Check out our guide on it after this one.

Foliage is also one of the settings that have a huge impact on Tiny Tina’s Wonderlands performance. Setting the Foliage from Ultra to Medium granted an 8% boost in performance; albeit with less dense grass in the outdoors. The difference isn’t huge and its still decent performance gains.

Now Screen Space Reflections is usually one of the taxing settings in other games, but it’s quite the opposite in this one. Dropping from Ultra to Low only gave a measly 1 FPS boost in performance. The visual trade-off isn’t worth it either so best keep it at Ultra.

This setting switches the character models in the game from their highly detailed look (closer to you) to their pixelated form (farther from you) for optimization purposes. So, put character detail on Ultra as lowering it doesn’t grant any major gains.

Similar to many other graphics settings, it’s not really worth turning down Ambient Occlusion as lowering it to medium or low only grants a 1-2 FPS boost. Best to keep it cranked up.

It’s more of a personal choice rather than based on performance. Motion Blur makes me sick in many games, but it’s even worse in Tiny Tina’s Wonderlands. I turned it off and also gained an FPS or two in return so win-win I guess.

Similar to Camera Motion Blur, I switched Object Motion Blur off as well as I didn’t feel it was needed for a good experience in the game. However, your taste may vary. It also provides an FPS or two of performance improvement.

For me, I personally didn’t require any additional sharpening in the game as everything was crisp and clean. However, if you’re playing on a lower resolution and want to sharpen things up, you could use FidelityFX Sharpening.

Now we’re finally done optimizing the best settings for Tiny Tina’s Wonderlands. All these settings were thoroughly tested and brought to the readers after careful consideration. The main goal here was to boost performance but also keep the visuals amazing. These settings were tested on an RTX 3070 so sharing performance stats would be meaningless here. However, rest assured, it’ll run great on your hardware as well as long as it falls within the system requirements. So, best of luck wreaking havoc in Tiny Tina’s Wonderlands, and happy gaming people!

I bet you’re all geared up and ready to take on the game. Let’s get you started with our Tiny Tina’s Wonderlands XP Farming guide to read next.
Was this article helpful? 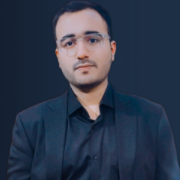 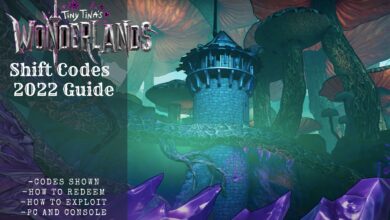 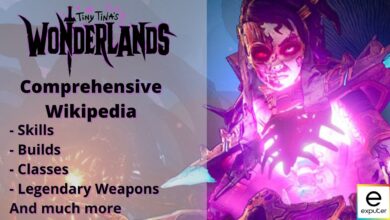 Tiny Tina’s Wonderlands Mushroom Companion [How To Get]