As you step into the shoes of Beatrix LeBeau once again and venture into unknown corners of Rainbow Island, you will not only encounter the slimes you have already seen in the original Slime Rancher but also will also come across some brand-new ones as well. In today’s guide, we will discuss the locations, diets, and the rest of the details of these brand-new slimes found in Slime Rancher 2.

Slime Rancher 2 is the sequel to 2016’s Slime Rancher, developed and published by Monomi Park. As you explore the breathtaking lands of Slime Rancher, the realization of having optimal equipment and weapon upgrades will hit you sooner or later. Rainbow Island is filled with both new and old creatures, pushing you to keep upgrading your arsenal with time.

For more on weapons and their upgrades consider reading our guides on Pulse Waves and Fabricator in Slime Rancher 2. Whether you are a returning fan or a new player who wants to dive into Rainbow Island, having a quick rundown of all its mechanics will get started on your adventure, ensuring a smooth experience. For that reason, we recommend going through our Slime Rancher 2 Beginner’s Guide as well.

Slimes are adorable, ball-shaped, creatures found all over Rainbow Island. Most of what you will do in the game is directly or indirectly connected to these slimes. Building and upgrading your ranch, creating new gadgets, and earning money, involve slimes. Also, consider reading our guide on dash boots in Slime Rancher 2.

Slimes are also further divided into several species, each having its own characteristics, favorite food, spawn locations, and more. Below, we have mentioned the details of all the slimes found in the sequel.

Cotton Slimes can be found lingering in the tall grasses of Rainbow Island. With growth, Cotton Slimes develop a natural spring beneath their feet, allowing them to hop and leap high into the air.

As cool as it looks, there are several risks attached to their bunny hopping ability. Not only do their high leaps make them difficult to catch because they get out of the rancher’s range pretty quickly, but also can quickly escape once caught. These energetic creatures make sure that the ranchers stay on their toes at all times.

Cotton isn’t a material that you will find lying around in every nook and cranny of the Far, Far Range, making it a very rare and hard-to-find material. Luckily, Cotton Slimes serve as a great alternative, which can be used to make soft pillows, sweaters, dry socks, and more.

So if you desire a quiet and peaceful life on Rainbow island, you would do well to have one of these creatures on your ranch. Before reading further, also consider going through our guide on Garden Upgrades in Slime Rancher 2.

Behavior-wise, Cotton Slimes tend to wiggle like Tabby Slimes, before they start to hop around. Moreover, Cotton Slimes mostly hop in a straight direction regardless of where they are looking, making their movement predictable for catching.

Among the starting trio, Cotton Slime is the only one that eats veggies and is one of the most common slimes you will find in the game.

These red-colored slimes with the ability to take flight are a shining example of natural beauty in an already beautiful world of Slime Rancher. However, to maintain their beauty, they require a specific diet. They only eat sweet but fleeting moondew nectar that can only be found in the wilds of Rainbow Island.

Despite having a troublesome diet, due to the rarity of the food they eat, it is one hundred percent worth going through the trouble of finding moondew nectar because of its benefits. A well-fed Flutter Slime not only produces beautiful sparkles, enhancing the beauty of the ranch but also decreases the overall agitation of all the nearby slimes.

By nature, Flutter Slimes have this curiosity that makes them fly towards all nearby objects. This makes their flight ability, both a blessing and a curse. Even though they bring a much-needed beauty to your ranch, their curious nature and flight ability make them very difficult to contain in the Conservatory.

We recommend having glass walls and roofs installed in your Conservatory if you don’t want this creature to escape. Traversal is a big part of Slime Rancher 2, so before reading further, we would highly recommend going through our guide on how to get Jetpack in Slime Rancher 2.

Weight-wise, Flutter plorts are one of the lightest plorts in Slime Rancher 2. Their imperceptible weight allows them to remain above the ground at all times. If you were to get your hands on enough of them, you will see how the plorts fly in a similar fashion to their producer, Flutter Slime.

Since Flutter Slimes only consume nectar, this helps in pinning their location down much more accurately. Moondew nectar can only be found at specific spots in the wild, and that’s where you will find these slimes too.

Although their flight ability makes them difficult to contain, they don’t wander far away from the food, making it much easy for the player to catch or re-catch Flutter Slimes.

Looks wise, the first thing you’ll notice about these slimes is their uncanny resemblance to anglerfish, who also have a similar light pole on their forehead. Angler Slimes can be found deep below the oceans of Rainbow Island. Even today, the fact that what drew them towards the vibrant, colorful Rainbow Island from the dark corners of the Far, Far Range still remains a mystery, but our guess would be the sweet, tender taste of sea hen.

Don’t get fooled by their cute looks because Angler Slimes are just as ferocious as anglerfish if not more. Behind the adorable exterior hides a monster that won’t waste any time chomping and eating chickens, as soon as the opportunity arrives.

Their lanterns also help in hypnotizing their targets, by luring them close and stunning them with a bright flash.

For a creature that lives in the deepest corners of the oceans, it’s obvious the materials made by their plorts would also consist of deep sea diving tech. With this tech in hand, the ranchers are encouraged to explore the vast oceans of Far, Far Range and uncover the secrets that reside beneath the surface of the land.

As far as their behavior is concerned, Angler Slimes are aggressive creatures that use the light pole on their forehead to hypnotize other animals and stun them using a blinding flash, making the targets vulnerable for a few seconds. Their targets primarily include chickens and other slimes

Batty Slimes owe most of their physical and habitual characteristics to bats. They like to lurk in dark places, such as caves and other underground areas, with the little light source. They have large red glowing eyes which, unlike the bats, allow them to see their way through the dark. In terms of food preferences, they prefer fruit to garlic.

As mentioned before, Batty Slimes like to lurk in dark areas, and only come out at night. Batty Slimes tend to grow hungrier the more they lurk in the darkness and reach a point where they start to eat other slimes. Despite their vampire-like traits such as disliking garlic, they aren’t actually one. They can survive during the day, although the more time they spend in sunlight, the more agitated they become.

Despite having glowy eyes that allow them to see, they still have the hearing abilities of bats, which further improves their navigation. The plorts produced by Batty Slimes can be used to make advanced sonar tech, which can help you navigate even the most complex labyrinths with ease.

Being exposed to sunlight makes Batty Slims agitated and show signs of uneasiness. Meanwhile, lurking in the dark make them hungrier, which leads them to devour other slimes.

Like Batty Slimes, Ringtail Slimes also like to lurk under the cover of the night. Ringtail Slimes are thieves by nature and bring nothing but trouble. As soon as the moon rises, these creatures go on a crime spree and disappear before dawn. The reason for them going undercover during the day is that they turn into stone as soon as they are exposed to sunlight.

While we can neither confirm nor deny the existence of ancient curses in the Slime Rancher universe, if there was a creature cursed with one, it’s probably Ringtail Slime.

These vile red/brown-colored slimes bring more trouble than benefits to the ranch. One of their biggest traits is their inhumane eating abilities or an eating disorder as we would like to call it. Once Ringtail Slimes start eating, they never stop, and if given the time they will wipe out an entire farm.

Now, you would be thinking there must be some outcome to this, right? In the form of increased plort production or any other benefit? But the answer is NO. There is nothing to be gained by feeding them an entire farm, and it results in a direct loss of the rancher. Regarding plort production, Ringtail Slimes stop producing them as soon as they are full.

So if you plan on keeping these creatures on your farm, make sure you are keeping tabs on their diets and stop them from eating as soon as they are full.

The plorts produced by Ringtail Slimes allow you to develop extremely resilient materials, which harden in face of UV rays. Furthermore, these materials are also malleable in nature, helping you to craft other materials. In other words, you can twist and bend these materials to craft new items.

The items made can be a sturdy shelter or a collection of family photos that could easily survive both, an icy storm and a trek across a scorching desert.

While exposed to the sun, Ringtail Slimes turn into Stone Statues and can be picked up just like any other crate or toy. But once they are back into their natural habitat, which is dark areas, they turn back into their original state.

You can prevent this behavior by installing a Solar Shield upgrade on a corral. As mentioned above, they also continue to eat even when they are not hungry and produce no plort in return whatsoever. Speaking of corral upgrades, why not go through our guide on Slime Rancher 2 Corral Upgrades?

This concludes our guide on all the slimes you can find. Let us know your thoughts on this topic in the comments below. 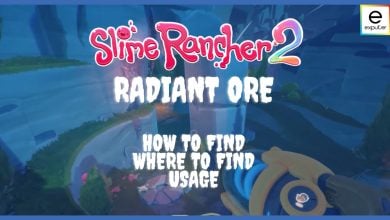 How To Get Radiant Ore In Slime Rancher 2 [Explained] 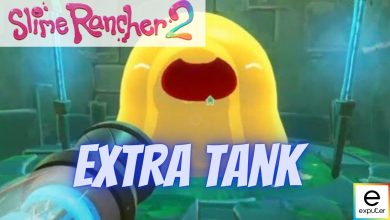 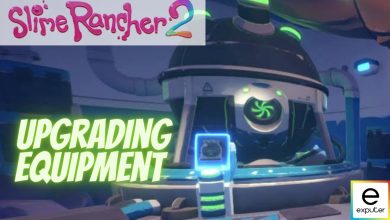 Slime Rancher 2: How To Upgrade Equipment 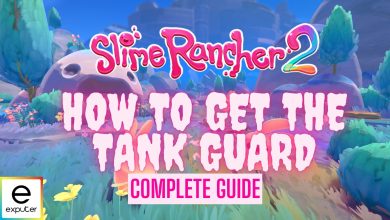 How To Get Tank Guard & Liner In Slime Rancher 2