Building a team in Soul Hackers 2 is a crucial aspect, as your performance in the battles is dependent on your squad’s teamwork. Soul Hackers 2 is a JRPGS that mostly revolves around combats with monsters and back-to-back fights to advance through the storyline. While being a powerful-minded humanoid AI whose mission is to save the world, you have to fight evil creatures and demons in the game through your Demon-capturing abilities.

Why Should You Build A Team In Soul Hackers 2?

As the world of Soul Hackers is full of sturdy monsters and evil creatures, the game allows you to build a team to face enemies efficiently. Your team can work together to capture evil beings and make contracts with the Demons to assist you in your tasks.

The team can opt for different strategies to level up their abilities and summon powerful Demons. While you’re at it, consider reading our Soul Hackers 2 R.S. Boss guide.

The Demons in the game have overpowered Skills and abilities. Just like squad members, your Demons can also level up and gain XP to enhance their capabilities. Each party member has a special Demon summoning ability that can be used by getting MP. As the team level up, their Demons also get stronger.

Depending on the type of skills and the Demons your party members possess, your performance on the battlefield can be judged. As the main character has a team of three other members, you can have a total of four Demons in your team.

Having a decent mix of abilities that covers all the attributes will greatly improve your team’s efficiency. Below are some best tips for building a perfect team in Soul Hackers 2.

Now that you learned the importance of having a good team in Soul Hackers 2, Let’s know about the best strategies to build one. While you’re at it, consider reading our Guide on How to Eat Food in Soul Hackers 2.

All the skills in Soul Hackers 2 are determined by the Affinity value. Affinities are the source elements that a specific skill possesses. A skill that has a powerful element source will have better stats. All the Demons in the game own certain affinities, and each one is useful in varying situations, so it is crucial to understand each Affinity’s perks. The following are different Affinities in SH2.

The Demons you possess in Soul Hackers two have different behaviors against the enemy skills. Some Demons are weak against a specific skill or resistant to it. The behaviors of Demons depend on the species type; for example, some species possess fire affinities and are good at using them but are vulnerable to Ice Skills. Similarly, demons good in Ice and freezing Affinities will be weak against fire.

Learning the weakness and resistance of each Demon in your team is necessary as it will help you to summon the most suitable Demon to help you according to the situation. If you summon the wrong Demon during a fight, it may cost a heavy loss for you and your team.

Passive Connections are the Affinity Skills that do not deal any direct damage but affect the Demon who utilizes them. These affinities provide secondary perks to the team, such as providing MP or making a certain Skill Affinity much better.

Each Demon has different Passive Affinities that provide unique perks, and stronger Demons will provide better skills for the team, which can help you in crucial situations and change the outcome of battles. While you’re at it, consider reading our Guide on Best Foods in Soul Hackers 2.

Explore The Dungeons Together

Many species of Demons live in the Dungeons, and they will attack you if you approach them, so having a well-rounded team that works together will make defeating these monsters much easier.

If you use a specific attack that is the weakness of the monster you are fighting, it will create a Stack. Once 4 Stacks occur, a Sabbath will be triggered. Sabbaths are powerful squad attacks that target all the monsters present on the field.

Have A Dedicated Support Demon

While there are plenty of aggressive demons in the game, some excel in support, healing, and restorative abilities. Having at least one support Demon on the team is crucial as it will provide great assistance in serious battles.

Fairies, in particular, have more healing abilities. These demons can be used as a support role in the team that will provide constant healing buffs while you are encountering the sturdy monsters.

If one of the party members gets knocked out or hit with the status condition, then the support Demon can use its abilities to turn an Expendable Item into a healing spell. Some Demons also have Healing Skills that can alter the effect of affinities on the team members.

Summoner Mistiques and Demon Skills work together to make an impeccable team. These can be Boosts, Augments, or Arcanas. Mistiques are classified by rank, which can be increased through COMP upgrades. Mistiques are categorized according to the affinities they enhance.

Players can get Mistiques by upgrading their Demons to higher levels. Once Demons attain the highest level in their primary skill, they will grant a Mystique as an appreciation gift to Ringo in order to make their connection strong.

Make sure to cooperate with the party members and the Demons to get a power boost for the whole team through Mistiques. You can also experiment with match-ups and test different pairings to maximize team efficiency.

This concludes our guide on the best team-building tips in Soul Hackers 2. You have to work as a team throughout the game to progress through the storyline efficiently. If you do make proper strategies for the team, then the performance on the battlefield will not be so optimal.

You should build the team in such a way that the abilities of each character complement the team. Also, make sure to choose the Demons wisely and select the ones that will assist your team the most.

Next: Soul Hackers 2 get money fast 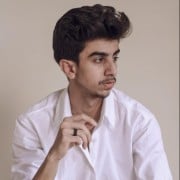