Want to know how to change character appearance in Splatoon 3? Keep on reading to find out! Who does not like to make a unique character that is novel only to them? So each time you set foot into the arena, you have a new fresh look about you.

At least for us, customization is one of the key elements that make a good game great. If you are in the same boat, Splatoon 3 might be your new favorite!

The brand new installment was released on the 9th of September and has taken over the minds of fans. How could it not? With brand new interactive modes and amazing customization options, it was bound to happen! While you are here, have a look at our Splatoon 3 beginners guide, as it entails all the basics about the new game.

Shifting Between Inkling And Octoling

You might already know the following, but you can actually shift between being an Inkling and an Octoling in the game. Although technically speaking, there is little to no difference between the two. However, that is not to say the two are carbon copies of one another.

In fact, there are some personality differences you will note that is distinct to the characters. This is very evident when the character wins a match. Before you move forward, we would suggest you take a look at our guide on how to unlock weapons.

How To Toggle Between Inkling And Octoling

One thing we want you to know is that while making appearance changes, the game will actually shift the players back to the intro cut scene of the game. So do not get worried when it happens. You have not messed up; that is how the game works!

Okay, now that we know all of that, let’s look at five steps on how to accomplish it. Before you go forward, take a look at our guide on the best weapons in Splatoon 3.

You might be a little irked to find out that there are so many steps that need to be taken to make such a simple change. Well, the thing is that there are multiple different character customization that you can make after you get to the options panel.

Let’s now look into those! Before you move forward, why not have a look at our guide on Splatoon 3 best settings?

Other Customizations In Splatoon 3

So we have already talked about how to switch between characters in the game, but is that all the customization the game offers? Well, you might be shocked to know that there are multiple other changes that you can make in your character. Let us talk about each of them briefly! Before you move forward, have a look at our guide on the best PvP weapons in the game.

In the game, players will actually be able to change the skin coloring of the characters. Hence, it adds another layer of interactiveness to the Splatoon 3 game. Most, if not all, players adore the idea of toggling between different skin types and finding the perfect fit.

Yet another element that you may be able to change in your character is your eyes and eyebrows. A lot of players adore the whole journey of choosing the right type of eyes and eyebrows. This helps make sure that their characters have an interesting personality that showcases the player’s quirks.

Having unique hairstyles is an amazing way to add a new twist to your character. In the game, there are multiple different types of haircuts to choose from. Before you continue, have a look at our Splatoon 3 review. It will give you a great look into what the game is about.

One thing we want you to be aware of is that both Inkling and Octoling have different types of cuts that are unique only to them. So if you want to find out the best style that really lets your personality shine, we suggest exploring all the options.

One key thing we want you to be aware of is that players can modify their appearance; they will have to do that prior to starting a Turf War or Anarchy Battle. However, they will be able to update their character at any time if they are not engaged in combat.

One important element that can really alter the appearance of your character is their clothes. You might not know the following, but you can actually swap the clothes your character wears.

How To Buy New Clothes And Shoes

You may not want to hear the following, but there are certain prerequisites that you will have to fulfill before you are able to unlock clothing items.

Players must be level four or greater to purchase any additional clothing. Hence, players must partake in Turf War Matches to advance their ranks prior to even considering purchasing fresh attire. So now you must be wondering where you will be able to get the new attire.

When players hit level four, they can start exploring any of these three different clothes shops:

It goes without saying, but when you buy clothes, you will have to use your money. Players will be awarded money after they partake in different modes and battles. So make sure that you use your money wisely!

One more awesome fact about clothing is that each piece carries a unique set of skills and abilities that really shine through while you are battling. Before you move forward, why not have a look at Splatoon 3 best characters?

Can The Appearance Of Smallfry Be Altered?

When gamers first start playing the game, they will be paired with a sidekick that will follow them around. The name of the sidekick is Smallfry. Our dude looks like a chicken with the biggest, most comical eye you have ever seen. However, there is very limited customization available for the character. You may only alter its hairstyles.

While we can not sadly change much, we do have seven distinct hairstyles to choose from. All of these hairstyles give our little buddy a unique, edgy look. Let’s look into all of the seven cuts.

We hope that our guide was able to solve your issue regarding Splatoon 3 and how to change character appearance.

Next: Splatoon 3: How Long To Beat Campaign 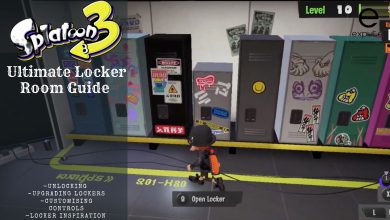 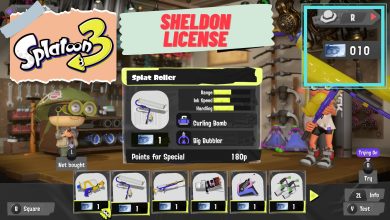 Splatoon 3 Sheldon Licenses: How To Get & Use 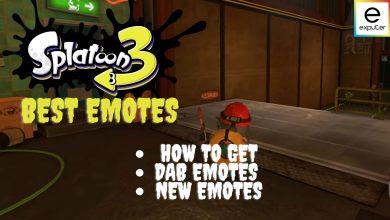 4 BEST Splatoon 3 Emotes & How To Unlock 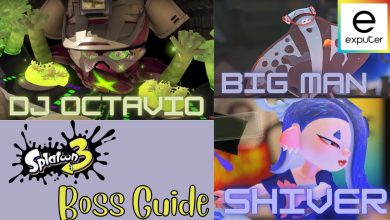 Splatoon 3 Bosses: Strategy & How To Defeat