Splatoon 3 has perhaps one of the most diverse ranges of weapons, ranging from dualies, brushes, chargers, blasters, shooters, sloshers, and many more. Considering there are a total of 5 dualies to choose from, our Splatoon 3 Dualies Build guide will uncover the best overall build that you can follow for each dualie! Make sure to read up on our Splatoon 3 Weapons Tier List guide!

Starting, we have the splat dualies, which is an amazing dualie option for players to go for. Once you reach level 3 after starting the game, you’ll be allowed to get your hands on the weapon by buying it from the Ammo Knights.

The highest damage output at the base level will be 28, while its max range will be set to a total of 28.

Now, there will be a few gear abilities that will serve each spalt dualie and will benefit them directly:

The overall playstyle of the splat dualie won’t be all that difficult to understand. You will be able to launch out the crab tank ability to take a step back from the current position of your opponents so you can get back on your feet in a stronger position to take them on.

Your overall mobility will be unfathomable with the spalt dualies in hand; therefore, make sure to use it again on enemies.

Moving on, there will be six different characteristics and different points that the weapon will receive based on the type of attack.

Now, there will be a few pros and cons that come with the use of each weapon, and the same goes for the splat dualies. If you’re in a fighting mode whereby you need to deal with enemies that are at a closer range, then the splat dualies will be an excellent option.

When it comes to the cons, the overall radius that you need to cover during a turf war will be limited since the overall range of the splat dualies isn’t all that great. Do not miss out on our Splatoon 3 Locker Room guide!

Next up, we would like to cover the Dualie Squelchers, which will be one of the best dualies in Splatoon 3 that you can go for. If you want to unlock it, you will need first to reach level 8, and once you’ve done so, you can go over to the Ammo Knights and buy it from them!

As for the sub and special abilities, they will be the Splat Bomb and Wave Breaker, respectively, with 200 points being allocated to the special abilities. The overall damage output will be set to 28, and the range will be 3.3.

There are a few abilities that you can choose from:

The dualies are pretty solid weapons that you can use if you want to stay at a bit of range from the enemy, and they are also able to use the Wave Breaker to their advantage. The Wave Breaker will be able to track enemies, and once they’re being tracked, you can launch a stealthy attack on them when they’re most vulnerable to weaken them.

When it comes to the overall ratings, the dualies squelchers have an excellent rating in nearly all aspects of the game, ranging from turf wards, splat zones, rainmaker, clam blitz, and tower control.

For the Turf Wars, the weapon gets a solid S-rating, while for tower control, it will receive an S rating too. As for the splat zones, clam blitz, and rainmaker, it will receive a whopping SS tier ranking. How about reading up on our Splatoon 3 Sheldon Licenses guide?

Lastly, let’s talk a little bit about the pros and cons you might be able to experience with the weapon in hand. The weapon is crucial for players in Splatoon 3 who want to go for a medium-range fighting style, considering it has an excellent fire rate, and you can win any kind of game mode with ultimate ease.

The next weapon that we would like to take a look at will be the Dapple Dualies, and the best Splatoon 3 Dualies Build for Dapple Dualies will include the Squid Beakon as its sub ability, while the Tacticooler will be the special ability.

The dapple dualies will have max damage set to 36, while the overall range at max will be 1.9.

As far as the gear abilities are concerned, there won’t be any new abilities that will be used but rather a few additions:

Whenever you are in the middle of combat in different game modes, you can make use of the mobility that you will have and move from one end to the other. The best way to take control of your opponents is to consistently be on your feet and ensure that you should never stop. This will help confuse your enemies and allow you to take them down and achieve victory.

Another thing that you should know is that before you start the fight, make sure to place down a tacticooler at your opponent’s general location so that you can gain an advantage over your opponents.

Next up, let’s take a look at the characteristics that the dapple dualies offer for players. When it comes to the overall inking potential, it will receive a total of 40 points out of 100 points, making it a weak option for inking in large amounts.

The offense and damage output, on the other hand, is pretty good, as it has earned a total of 60 points, while the utility being offered by the player is at a whopping 80 points.

It has an A rating at turf wars, splat zones, and rainmaker game modes, while it will hone an impeccable S rating at tower control and clam blitz.

Lastly, let’s consider the different pros and cons that you’ll experience when wielding the dapple dualies.

Considering the mobility is pretty high while using the dapple dualies, you can easily take control over your enemies by being able to become extremely agile and consistently be on your feet wherever you are on the battlefield. The overall damage output is also pretty solid, so taking out enemies becomes a breeze.

The player’s defense is pretty weak while using the weapon; therefore, personal protection is important to survive. How about reading our Splatoon 3 New Maps guide?

Next up, the Dark Tetra Dualieis will be a level 17 unlockable weapon, with the Autobomb being its sub ability, while the Reefslider will be its special ability, with 200 points being allocated to the special abilities.

With the fast firing rate that will be offered up to you as a Dark Tetra Dualies user, you can make use of it by aiming at your foes and constantly launching out ink with them so that you can ensure that you take them down and not allow them to ink you in return.

You can even hide behind certain opponents, and whenever you feel like the time is right, you can sweep in and instantly start using the reefslider so that you can splash out a sufficient amount of ink at your opponents and gain an advantage over them. You might want to check out our Splatoon 3 Bosses guide!

As for the characteristics, they will be as follows:

When mentioning the pros and cons, you can consistently dodge rolls enemy’s attacks and ink splatters so that you won’t get hit. Your mobility, as well as agility, will be instantly enhanced when using the reefslider.

The only con that the weapon will provide you is that it is not easy to use at all.

The final weapon will be the Glooda Dualies, and it will hone the Splash wall and the Booyah Bomb as the sub and special weapon. The overall damage will be 36, while the max range that the player can use will be 3.1

While you have the glooga dualies, you can cast out the splash wall to launch out ink shots at your opponents while using the splash wall for your defense and to block out the ink splatters. You might find our Splatoon 3 How To Transfer Data guide useful!

The inking potential of the glooga dualies will be given 40 points out of 100, making it a good option, while the offense will be immensely high, with a solid 80 points being allocated to it. The player’s overall personal defense will be one of the key strong points of using the dualies since it will be given 100 points.

However, it will lack overall versatility and ease of use since both of them will be given only 40 points, respectively.

Last but not least, the main advantage of using the dualies will be that you will be able to defend yourself with immense ease while dodging enemy attacks will also be easy. However, you will not be able to launch out ink as easily as compared to other dualies. With that, we will wrap up our Splatoon 3 Dualies Build guide! While you’re at it, read our Splatoon 3 How To Make Art guide! 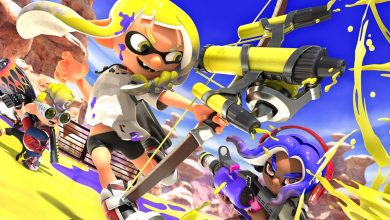