Let’s start things off by introducing the class itself. The Bodyguard is described as typically being one of the heaviest bruiser-type classes in Steelrising, making them insanely tanky and being able to take down any kinds of opponents that are present in front of them on the battlefield.

Bodyguards will typically make use of their larger health pool and higher max HP and can withstand any attacks aimed at them from the enemy’s end. They do not die out easily, and it is practically impossible to one-shot any player who decides to pay as a Bodyguard.

Apart from being insanely tanky, bodyguards are also buffed up enough, whereby they can also unleash huge amounts of damage back towards the enemy. This makes them an all-rounder class that can be extremely friendly for players who are completely newer and will be easier to get the hang of as compared to other classes like the Alchemist, Dancer, or Soldier.

While honing the Engineering attributes, players will be able to take benefit from it and will be able to inflict both physical as well as elemental damage on enemies. The damage can make the opponents in front of you all the weaker and make it easier to take them down.

You are also more than capable of causing elemental afflictions, and apart from that, players will also have the ability to execute slower and heavier attacks from their wielded weapons.

Now, onto the weapons, players will start by gaining access to a total of 2 base weapons, one being known as the Body of Work, while the other will be a Petrification Grenade.

The first weapon handed over to the players in Steelrising will be known as the Body of Work. It will be a heavy weapon, which might sound like an inconvenience considering that it might reduce the player’s overall movement and weaken them on the field. However, that is not the case at all.

Whenever the player wields a heavier weapon, they can be reassured that any attack they launch against the enemy will be heavy-hitting and will be sure to destroy their opponents. Regardless of the basic or charged attacks being launched, they will all deal greater damage.

It is a hammer-type weapon and will have the highest base attack out of any other classes offered to players.

The next weapon players will be getting will be known as the Petrification Grenade, which is not a weapon but rather an explosive grenade. Whenever it is launched against opponents, it will mostly come in handy for immobilizing enemies and rendering them useless. If you want to know how much time you’ll need to invest in the game before starting, then make sure to read our Steelrising How Long To Beat guide!

Moving on, players who intend to main as a Bodyguard will typically get access to main base attributes. These attributes will already be unlocked when the player chooses their class and uses it in combat.

Players do not need to level them up right from level one considering it will already be pre-leveled by a certain amount for players. It can buff them even further and help them further enhance their overall performance against tougher enemies.

Each attribute will buff up one or two stats such as Health, physical or elemental-based attacks, afflictions, armor, and in general buffs that will give the player an advantage over other classes based on their attributes.

The two main attributes that players will get for the Bodyguard will be known as Durability and Engineering.

The first base attribute that players will get whenever they choose the Bodyguard as their selected class when they start the game will be Durability. Players typically get pre-added three points for you and will not need to be leveled from the start.

The two main points of focus for Durability will be Health and Balance. Increasing your balance will allow the players to stay on their feet for a longer time and prevent them from getting severely knocked back by enemies.

The higher your balance, the better your overall knockback survivability will be, and the other stat will increase your overall health, making you more likely to survive in combat. Make sure to check out our Steelrising Best Classes guide while you’re at it!

The second base attribute that players will gain access to whenever they have the Bodyguard class chosen will be known as Engineering. Its main aim will be to buff up the player’s overall armor, which will allow you to intake even more hits from the enemy’s end and will allow you to become all the tankier while busy in a tough battle against your opponents.

Apart from that, you will also experience an enhancement to your alchemical afflictions and will be able to encounter loot even more so that your resources are not lacking.

Moving on, let’s look at some of the weapons players can equip for the Bodyguard class.

One of the first weapons will be the Body of Work which is the main weapon players will start with, and with it being a heavy-hitting weapon, players can expect it to deal great damage and make it extremely easy to take down enemies. If you’re more into alchemy-based gameplay, then you might like reading our Steelrising Alchemy Build guide!

Another weapon option you can consider going for is the Charleville 1789, which players can easily access. Upon wielding it, you will be able to inflict the freeze debuff on enemies, and upon doing so, it will instantly make them a lot more vulnerable.

You now have the perfect chance to switch back to your main-hand weapon and kill them off. The Charleville weapon does not take up any large amounts of stamina, but it also allows you to become all the deadlier in combat.

Another solid option for grenades, apart from the petrification grenade, will be known as the Frost Grenade. Once again, it is not a typical weapon and will mostly come in handy to cause a freeze to enemies.

Once the enemies have been fully frozen, it will allow you to sneak up behind them and kill them off with the main weapon you are wielding. The freeze debuff will stay on for a certain period, after which the effects will wear off, so take advantage of it while it is active.

Next up, let’s discuss some of the Steelrising Bodyguard Build‘s stats, which will range from your base attributes, Aegis stats, and attack and defense stats.

The base attributes will consist of your power being set to 0 and your agility, vigor, and elemental alchemy being set to 0 too. The only two stats that will have powered-up points will be known as Durability and Engineering, which will have 3 and 2 as their respective levels at the beginning when you first choose your class.

The attack stats will be as follows:

Lastly, discuss the pros and cons of using the Bodyguard as your main class. In order to know which bosses will be the hardest, our Steelrising Bosses Tier List guide will tell you all there is to know!

As for the pros, they are listed as follows:

As for the cons, there isn’t really a whole lot: 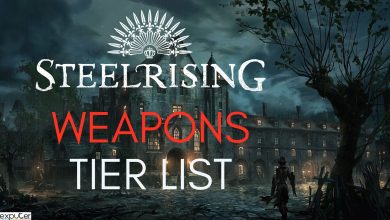 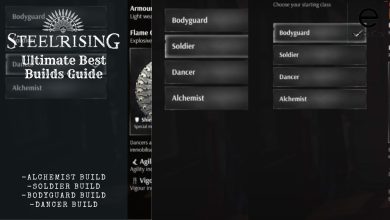 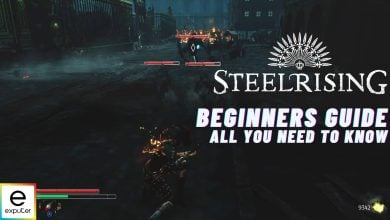 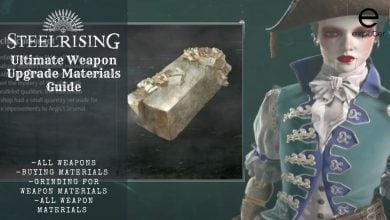