Don’t go for the easy start 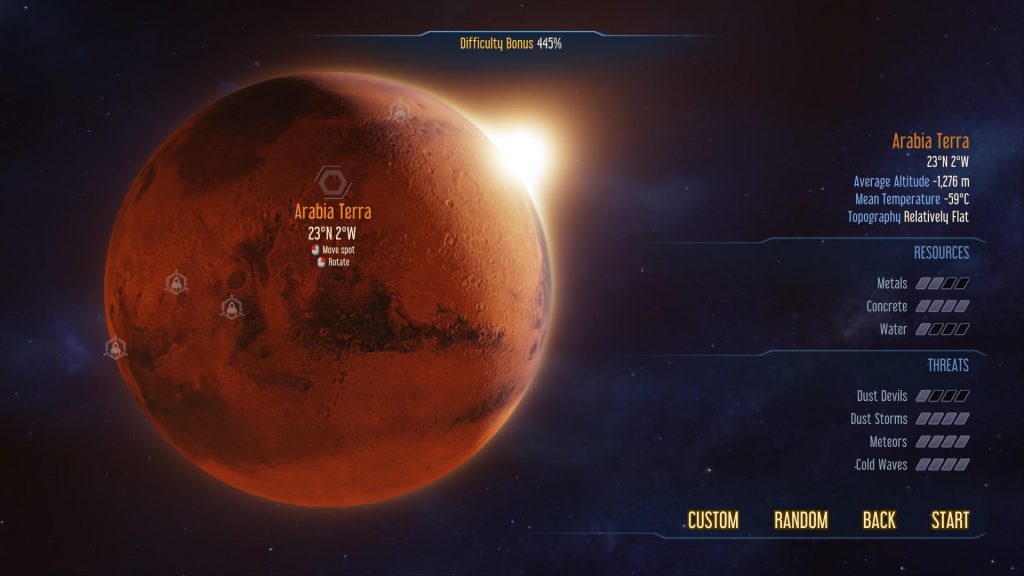 To begin with, you’ll find an ‘Easy Start’ option in the main menu which is a bit odd. If you select this option, it will throw you straight into the Martian Map and will remove all of the vast choices you’d normally take at the beginning of the game. Your commander, missions sponsor and the site of your colony will be chosen for you. Even though all of the picks the ‘Easy Start’ takes, makes the game undoubtedly easier, it means you are starting off the game a bit clueless, having not been able to pick your own rocket’s loadout or go through any of the other options.

If you don’t choose the ‘Easy Start’ option, you will start the game normally, now notice that the sponsors and commanders have clear difficulty levels and attributes, and you can still choose the default rocket loadout if you’d like. The thing which is more important is the ability to choose where on Mars you’re going to settle.

Explore everything before landing 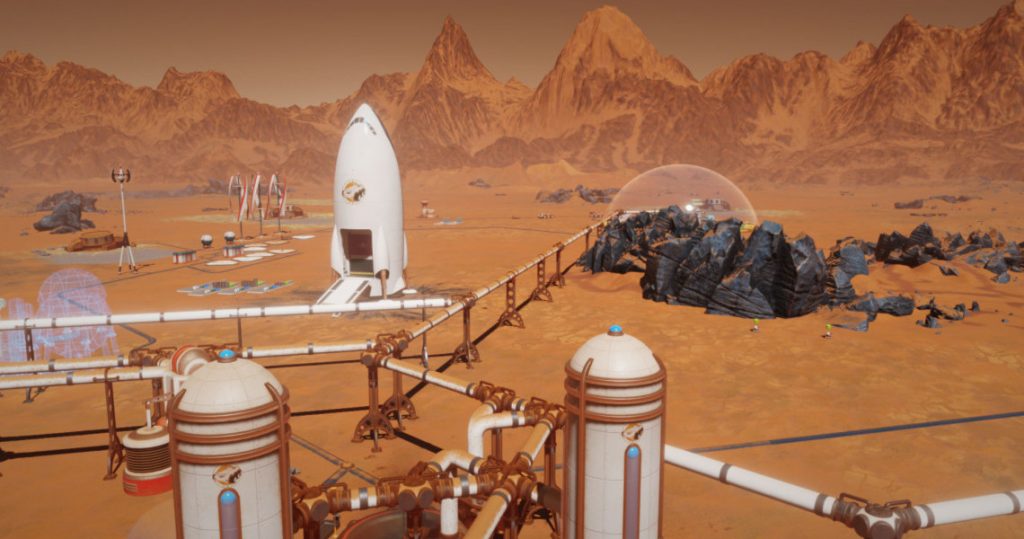 In Surviving Mars there are some things, like rovers and drone hubs, that you’ll totally want to bring with you in your first ever rocket, don’t forget about the orbital probes though. After selecting what part of Mars you want to set up shop on, after that you’ve to pick where in that region you want your first rocket to land. If your landing zone looks rubbish then the game might have chosen the wrong for you, you can always search for another one, or you can explore other areas around the landing zone, getting a good headstart on the hunt for metal deposits and water.

Keep dust away from solar panels

You’ll be putting down a lot of solar panels as you develop your way through your colony, and that means the one thing you’ll be hating is dust. In Surviving Mars, Mars is an extremely dusty place, and all of that red dirt loves to cover up your shiny solar panels. Unluckily, dust panels won’t soak up as much as of the sun’s rays, reducing the efficiency of your extremely important power network.  If you’ve not set up workarounds for this problem then dusty panels could case oxygen halts and even blackouts.

By the time you’ll reach the aftermath of the beginning of Surviving Mars, you’ll unlock technology that makes them less attractive to dust, but know that you won’t have access to this early on. You can also reduce dust by keeping anything that kicks up big clouds of dust away from your solar panels. Keep mines away from the panels and don’t land your rockets near them.  Also, watch out for the Tornadoes, however, they usually crop up in the same place, so move out your panels away from it before time. 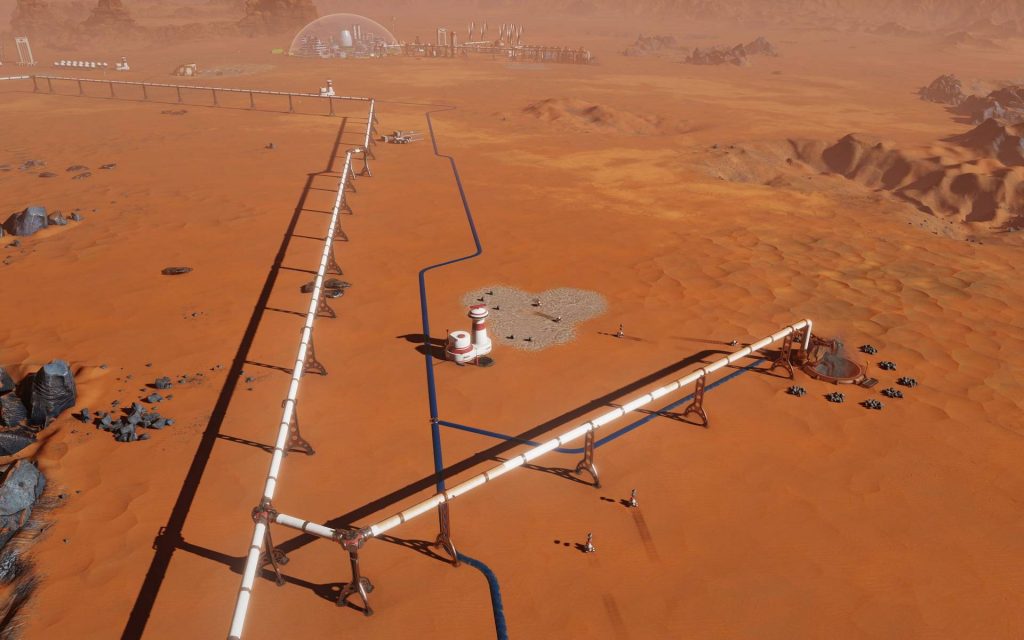 To take the uttermost advantage of Mars sparse resources and discrete bases, you’re going to spread your colony in order to implement all of this. After doing that, there’s a desire to siphon life support from the pre-existent network, using pipes and cable to bring it to the new base. To be honest that’s just asking for trouble. In the Martian Administrator School that’s the first, they would teach you not to do.

Unavoidably, a pipe will rupture, or a cable will break, and then your new base will be without water, power or oxygen. To make sure that these problems get fixed as soon as possible, you will need to have drone coverage across the whole area, and probably a few storage areas too. It’s a big waste, and it ends up being 10x as much work as simply producing power, water, and oxygen at the new base. 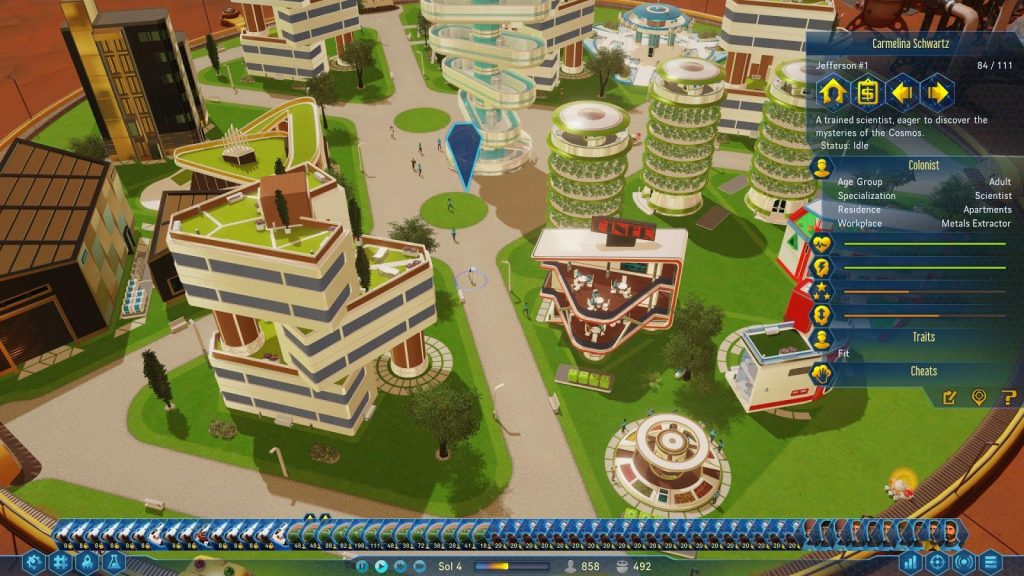 Go ahead and purchase pre-fabricated buildings from Earth, you can start putting down manufacturing facilities as soon as you like, but try to hold off until you’ve brought a few rockets full of colonists over to Mars. While you can start working with even a single colonist, any unstaffed positions reduce its effectiveness, up to the point where it’s simply wasting resources.

If you don’t have specialists to fill them then probably you might have lots of open slots left. Change the priority of the building, and employ workers for other disciplines or non-specialized colonists. They aren’t as effective, but it’s still better than leaving the slots open. One more method can be used to increase a building’s productions is by creating other shifts, though this can pessimistically affect colonists working and, by clicking the clock next to them, push your colonists in a hard way.

Once you’ve developed, you need to move resource around all the time. Get concrete from extractors to build projects, food needs to get from farms to colonists stomachs and countless resources have to get dragged all over the planet to various manufacturing plants. Drones can move things where they belong in an automated manner, but only if all of the tasks are between either the rover or drone hub’s circle of influence.

On the other hand, if we talk about shuttles, they go everywhere. And they’re fast. You can consistently fly the shuttles between storage areas, delivering needed resources, but they can also shuttle colonists between domes, matching them all together even if they are other ends of the map. If your dome needs a continuous supply of food, you will still have to use a trade route with a transport rover, but shuttles are great at keeping places topped up. It can be an extra layer of automated alleviates and a lot of the micromanagement. The rocket scientist mission commander can get shuttle technology straight away, making it an amazing choice for the beginners.

Don’t be afraid to scrap 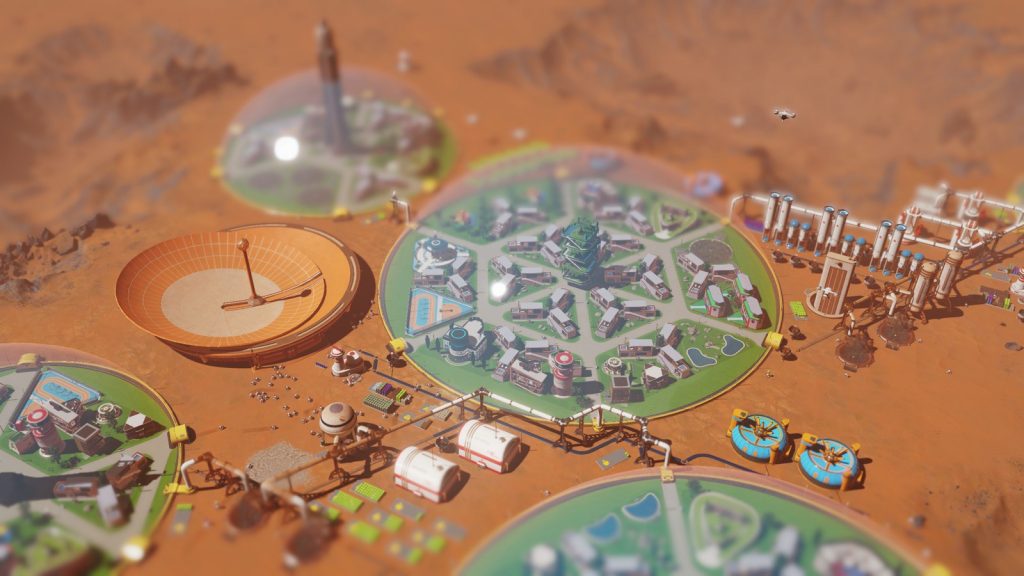 This is more of a personal opinion rather than an obvious suggestion, Some disasters like the loss of 300 colonists are so massive that trying to come back from them can just feel a bit too much work. Although sometimes it might not even be possible.  The game Surviving Mars provides a few well-being nets, like getting resupplied by Earth, but there are some things that you just can’t come back from. If it looks like that it may happen, or it already has, just go ahead and start fresh with a new map, and maybe even a new sponsor and commander. Even if you’ve got a bunch of saves, it can be better to apply what you’ve learned to a new canvas.
Was this article helpful?