Dragon Ball FighterZ is one of the greatest fighting games that has come out this year. That is not to say that it’s the only strong competitor as games like Smash Bros. Ultimate, Soul Calibur VI, BlazBlue Cross Tag Battle and others like it have made their rounds and show a plethora of promising features that will definitely make 2018 the year of amazing fighting games.

However, most of these games are made with veteran players in mind, with the exception of FighterZ, of course. This game is known for actually being one of the most accessible competitive fighting games of all time. While it has tools for casual players such as Auto-Combos, it has an incredible layer of depth that can also appeal to the hardest of the hardcore.

So, what happens if you want to get better at Dragon Ball FighterZ? What do you have to do to see the depth the game really has and master its mechanics? This guide will offer you a few tips and tricks about how you can improve your game in Dragon Ball FighterZ, these tips also include things you should consider doing outside of the game in order to improve as well.

One of the initial aspects on mastering Dragon Ball FighterZ besides the obvious “Don’t Mash Buttons” is learning what many people dub the Extended Combo. It’s easy to master but hard to learn, especially for players who are way too used to the Auto-Combo, which only consists on pressing L over and over again.

Any person who knows how to work with Extended Combos will always tell you that the sequence starts with the first two L hits, then M, and then Standing M. But they don’t usually tell you why the sequence is the way it is and why it can’t be other inputs.

The main reason is because of what’s known as a jump cancel. Which essentially is a mechanic that allows you to cancel the recovery frames of animation with a jump. And only Standing M allows this sort of cancel to work. As such, it’s imperative that players use M to get the opponent off the ground and then use Standing M to start the aerial combo.

As such, the rest of the inputs are basically small variants of the standard aerial combo, using H after the first 2 inputs in order to launch the opponent and follow up with a Super Dash. The combo at its most optimal state should look a little something like this:

However, a simpler variant that doesn’t require that many inputs is definitely the one I like to use. Keep in mind that this actually doesn’t do the same amount of damage as the Optimal Extended Aerial Combo. But it’s easy for players who want to dominate the Extended Combo with safer options, as the Optimal Combo requires precise adjustment and can be dropped more easily:

The Auto Combo itself can also be extended just by a bit by using tagging your teammate at the end part of the Auto Combo. It will allow you to do a follow up and actually finish the combo like if it was an Extended Combo. However, you won’t get a sliding animation so you won’t be able to follow up unless you have a teammate that accommodates to this condition, like so:

Even if you manage to land a Super Dash hit you can actually extend your combo as well using the same technique as the Extended Auto Combo. All you need to do is land the first two hits of the combo and then use H and immediately call a tag-in shortly afterwards, it should look like this:

Learn the ins and outs of every Character, Not Just Your Mains.

Another thing I noticed about players who tend to climb is the fact that they don’t exactly learn about the characters they are supposed to fight against. This actually comes to the detriment of the player because not knowing things such as range and how hitboxes work will often make them eat a raw H, or a sliding M attack like Adult Gohan or Trunks.

The most important aspect of the game in Dragon Ball FighterZ is the neutral game. As such, it’s important to learn what your opponent has at their disposal to close in the gap between them and the player.

If the player doesn’t know about the properties of moves like how A. Gohan’s “Shoryuken” has invincibility on startup. More often than not they will be hit by attacks that should be easily blocked or avoidable.

This is the science behind learning how blockstrings work, actually. Because the player will often have to see how much range the opponents have and how many tools they have at their disposal. It has a lot to do with gamesense and learning to read your opponent while under pressure.

When the player learns this, it usually allows them to exploit the flaws in their plans and as such, prepare for a counterattack. So yes, it’s pretty important to learn what tools your opponent has in order to improve your game in general.

Down Heavy is Literally The Best Move in the Game.

Okay okay, maybe I am exaggerating a little bit here but H is definitely a great move to use since it actually counters Any And All Aerial Attacks. So much so that 2H (The Numerical version of the input) has become quite a meme among the members of the FighterZ Community. 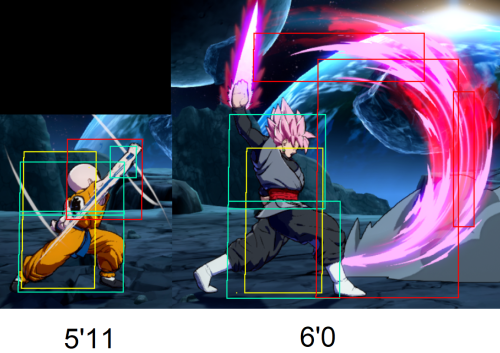 As such, another word of advice should be to avoid any sort of opening attack that involves Aerial Attacks. This involves attacks like Super Dashes, Vanishes (Yes, even they can be stopped with a well-timed H attack) and even any sort of aerial hit be it L, M or H.

Of course, this also means that raw-tagging after suffering a huge string of damage is the worst thing a player can do. It’s a panic reaction and 9/10 times the opponent is expecting this in order to punish the incoming tagging partner so they eat a huge punish.

It’s better to mixup your options before making a tag, even slightly delaying your tag in or forcing your opponent to block by calling an assist can actually help you throw your opponents off guard. Overall, it’s just better to risk it even when you’re in danger than suffering a bigger punishment that might cost you 2 characters.

Learn and Practice the Hidden Techniques the Game Doesn’t Tell You About.

A lot of aspects that are advanced tech in Dragon Ball FighterZ are actually kept a secret. By that I mean that the tutorial or other aspects of the game really don’t suggest these sort of things. One of the examples I can mention is that you can break out of grab (Dragon Rush) by just inputting L M H at a very precise moment.

Another important thing to mention is the Reflect move. It’s initially suggested that it can be used against Ki Attacks. However, Reflect actually serves as a parry that works against all sorts of attacks excluding Dragon Rush (Yes, even Level 3’s). It even has low recovery lag so players can use that to immediately counterattack.

There’s also hidden properties that some players might not even know about Sparking Blast. The known facts are the recovery of Blue Life, increased damage and duration based on how many teammates are currently in-combat.

However, Sparking also adds a few perks to the player as well. Such features include the capability of jump cancelling on block instead of on hit, being able to teleport behind the opponent without the attack by holding the Vanish buttons and even being able to actually attack right after a Super Dash on block instead of just bouncing off the opponent.

A lot of techniques like these are available for players but aren’t exactly told about in the tutorials. These sort of techniques add depth to the game and need to be considered for higher levels of play that go beyond a button masher.

Of course, that also relates to a point which involves another big piece of advice that I don’t see a lot of people talking about. Maybe it’s because it isn’t exactly something that people want to hear but it’s worth listening to.

Everybody experienced in the Fighting Game Community (FGC) or with fighting games in general can tell you that Training Mode is basically an asylum more than a lab. The reason for this is because it exists to test out and perfect abilities more than actually finding out new ones. That’s what real matches are actually for.

However, there is also a ton of research involved in becoming better at fighting games, not just Dragon Ball FighterZ. It may not sound pretty or encouraging for the average player but in order to climb the ranks, a player must be aware of how the Meta game is played and how certain options can or cannot be countered.

There is a reason why a lot of fighting game lingo revolves around such things like Frame Data, +’s or –‘s, Hitboxes and other aspects. It’s essential to know these aspects in order to survive become better at the game. It essentially turns into understanding the game better.

Of course, a player doesn’t have to become a mathematician or a scientist to become better at a fighting game. But this goes back to the second point made in this guide. It’s all about learning the characters and understanding the game to a deeper extent, and that requires hours of time. It just won’t happen overnight.

The reason why I think this isn’t encouraged more with the FGC community is because for Casual Players who are interested this might sound like a chore. However, there are ways to keep that sort of “Homework” a game, such as doing friendlies and testing new things in them.

The way I learned fighting games myself was basically getting beaten over and over again and slowly learning how to counter the characters that were beating me to the ground. It definitely is a time consuming experience, but at the very least I can brag about being competent at these sorts of games to the point where I can brag about my victories.

Conclusion: The Art of Fighting Games

Dragon Ball FighterZ is one of the greatest games to come to the latest generation of consoles (And PC). It’s a game that I personally find myself playing every now and then in order to keep my game skills a bit more refined in between game reviews.

I love the FGC and any and all fighting games that come my way. This is one of the primary reasons behind my writing of this article, actually. I want to keep growing and becoming better at this game and keep allowing other players to grow beside me in the field.

It’s a rather complicated pathway but players will always be pleased to find the fact that just going out there and contacting other people for help can go a long way in terms of growth and such. Dragon Ball FighterZ will always be a game, after all.

Games are meant to connect people, and more often than not the connection that defines two players is that of a shared passion. As such, it’s great to have a game that introduces said passion onto the new blood while also rewarding veteran players for studying the game’s hidden depth.

I will keep looking forward to whatever Arc System Works and BANDAI-Namco release next. As there is definitely no place to go but forward. 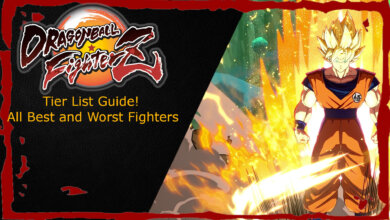 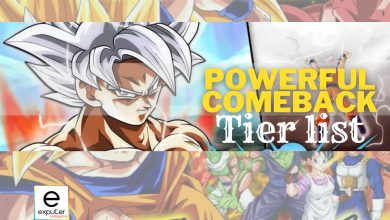 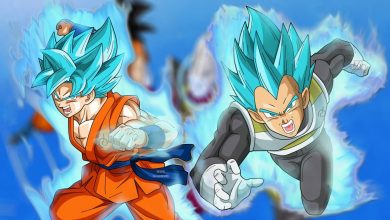 Dragon Ball FighterZ Focuses On “Mind Games” According To Producer