Tower of Fantasy is a fast-paced RPG in which you have to encounter numerous hurdles and enemies as you progress through the game. In addition to the main storyline, you can also take part in PVP battles and Arena. In such types of situations, you must possess some gear that will help you heal up and get back into the fight. So, today we will discuss the Best Healing Weapons in the Tower of Fantasy that you can rely on and use in serious fights.

Since the release of the game, Tower of Fantasy has been trending among MMORPG lovers. If you’ve just started playing the game and want to get considerably better at it, make sure to check out our Tower of Fantasy Beginner Guide. Also, have a look at Best Tower of Fantasy Settings to increase your FPS in the game.

Before we start discussing the best Healing weapons in Tower of Fantasy, let’s clarify some common misconceptions regarding the weapons and characters’ systems. During the combat, your character can equip three weapons and swap between them any time you want. Also, read our Tower of Fantasy Best Relics guide to dominate the battlefield.

To make a perfect weapon combo, we recommend you equip the primary slot as an attacking weapon from the Fire element, having overpowered abilities and a fast firing rate. Once you have chosen your primary weapon, you can support yourself by equipping one high-damage weapon that has slow speed but deals numerous damage.

The third slot can be equipped with a Healing weapon with special healing effects. So, let’s discuss the best ones. If you also want assistance selecting a suitable primary weapon, check out our Top 5 Tower of Fantasy best weapons.

Also, our Tower of Fantasy weapon tier list will help you understand each weapon’s powers and abilities. Furthermore, since it is a fairly new game with new mechanics, we will also recommend reading the best Tips & Tricks for Tower of Fantasy guide.

Although you can eat food and take supplements to restore your HP, it is not a viable option in the midst of battle. Therefore, having a weapon with healing perks in your loadout will save you in the situation.

Absolute Zero is SSR grade ice-type weapon in the game that is primarily equipped by Cocoritter. This weapon has amazing support abilities and great CC potential in assistive capabilities. Absolute Zero has pretty impressive healing buffs that are adequate to assist the whole team.

The weapon has a special ability to summon a sanctuary around the wielder. The healing circle will move along the user and will provide a constant healing effect. Upon a successful dodge from the enemy, the weapon will spawn healing bees that will go to the allies with the lowest HP and heal them.

Once you unlock the Awakening abilities of Cocoritter, the healing effect to allies will further increase by 20%.

The following are the stats of Absolute Zero in Tower of Fantasy.

Sanctuary: Creates a healing orb that follows the wielder and heals the surrounding allies by 95% of ATK + 199 once every 0.5 seconds. The ability has a cooldown of 60 seconds.

In Tower of Fantasy, you can advance any type of weapon through their corresponding fusion cores, which are obtained by acquiring multiple copies of the same item. Once you acquire the first copy of Absolute Zero, you can buy more copies from the Commissary’s weapon store for 120 black gold.

Upgrading your weapons to higher stars by utilizing fusion cores will unlock special perks. Here are all the abilities you gain at each star of Absolute Zero.

The Venus is an SSR-grade weapon that is also the primary weapon of Nemesis. Once you upgrade the weapon, you can unlock its Discharge and Special ability attacks. Venus is a supportive as well as an offensive weapon. It has a special perk of electrifying the opponents while simultaneously providing healing buffs to you. Once you unlock the Awaken abilities of Nemesis, the weapon becomes even more deadly.

The following are the stats of Venus in Tower of Fantasy.

Pulse Lock: Venus unleashes a guided missile attack that navigates its target to explode at the precise spot, stunning the target and dealing damage equal to 233.2% ATK + 12. It has a cooldown duration of 25 seconds, after which you can use it again on your opponents.

Just like Absolute Zero, Venus can be upgraded to 6-star levels. When you get the weapon for the first time, it will be at zero-star level, and you have to upgrade it six times to reach its maximum capabilities. Here are the abilities of Venus that are unlocked on each level.

Once you advance the weapon, the healing buffs are further enhanced, and the effects are granted to the nearby allies as well.

The Staff of Scars has a special ability to summon an energy shield that will guard its user and provide a constant healing buff, causing healing in AoE. Once you unlock the Awakening Skills of Pepper, the regenerating effect of the weapon is also unlocked, which provides further healing buffs to you and the allies.

Stats Of Staff Of Scars

The following are the stats of Staff of Scars in Tower of Fantasy.

The Staff Of Scars Special Skill

Sanctuary: Summons an energy shield at the target location. Heals the nearby allies for 81.7% ATK + 4 every second and decreases their damage received by 3% for 10 seconds. The ability has a cooldown of 60 seconds.

Just like other weapons, you can upgrade the Staff of Scars to higher levels once you have multiple copies of the weapon. You will unlock the abilities on each star level of Staff of Scars.

Negating Cube is also an SSR-grade weapon that is wielded by Zero. The weapon can be declared one of the best healing weapons in the Tower of Fantasy due to its ability to heal and provide a defensive shield simultaneously.

Being a flame-type weapon, it inflicts a decent amount of damage to the enemies and reduces their healing effect. Once you upgrade the Negating Cube up to three stars, you can utilize its main healing buffs.

Omnium Shield: Creates a defensive shield for the wielder and nearby allies to block up to 800% of ATK in damage for 10 seconds and cast 142.9% of ATK + 8 damage to surrounding enemies. The skill has a cooldown duration of 60 seconds.

Once you have enough fusion cores for Negating Cube, you can start the advancement of the weapon. You will unlock the following abilities upon each star level.

This concludes our guide on the best Healing Weapons in the Tower of Fantasy. Although the game is more on the aggressive side, where you must have offensive weaponry during battle, having some healing weapons to assist you and your allies is also crucial to escape aggressive situations. So, ensure that you have at least one healing weapon in your inventory before engaging in a serious battle.

Next: Tower of Fantasy Vehicles. 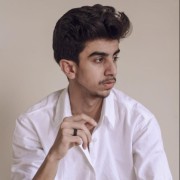