While many different operatives in Watch Dogs: Legion come equipped with their own unique sets of weapons, gadgets, and abilities, as explained in our guide on how to acquire the best characters in the game, many do not have any useful tools at their disposal. And that’s where Tech Upgrades come into play in the game.

As you play through Watch Dogs: Legion and collect Tech Points, you’ll be able to invest these in a series of Gadgets, Hacks, and Weapons that you can equip on your operatives.

There’s a decent collection of these unlockable upgrades available, and here are some of the best ones you should invest your hard-earned Tech Points in:

The Infiltrator Spiderbot gadget should be everyone’s best friend. This agile robot can squeeze through vents and tight spots, and generally, get through droves of enemy combatants undetected.

It allows you to scout out areas beforehand, hack terminals stealthily, pick up hidden collectables and even take down enemies quietly.

It should be noted though that the basic Infiltrator Spiderbot is a bit bland; you can upgrade it to unlock a double jump, sprint capabilities and even a manual cloak.

While the Infiltrator Spiderbot might be better suited to stealth, the Combat Spiderbot is for those who like to keep things loud and deadly. This gadget acts as a deployable turret that you can position wherever you want.

While not as versatile as it’s stealth counterpart since it cannot jump or sprint, you can upgrade it to increase its rate of fire and even manually take control of it and fire its weapon.

The Electro-Shock Trap is a gadget that players can deploy in the path of patrolling enemies to take them out. It’s also one of the few traps in the game that allow you to take out enemies non-lethally.

The trap essentially acts as a sticky mine with an area of effect that can take out multiple enemies.

It can also be upgraded to give it an EMP effect that can disrupt enemies and drones, and even jam weapons.

The Electro-Fist is a melee upgrade that allows you to take out enemies with a single electrified blow without the need to engage in a proper fistfight.

It’s both a combat and stealth-oriented tool that allows you to quickly one-shot enemies. It also recharges very quickly, so you can use it quite often.

The base version of this attack works well enough, but you can also upgrade it to spread the shock damage to knock out a second enemy, and even emit a shockwave that can stun nearby foes.

This gadget allows the operative who uses it to turn invisible for a short while, allowing them to sneak past enemies, perform takedowns without being noticed or even throw off pursuing NPCs.

This is a must-have gadget for anyone who intends to play through Watch Dogs: Legion stealthily, and you can also upgrade its duration to last longer if you stand still or move slowly.

It can also be upgraded to allow you to perform takedowns from a greater distance.

The AR Shroud is an incredibly useful upgrade that allows you to hide the bodies of enemies that you perform takedowns on. You can also use it on enemies you’ve killed through other means if you are close enough to them.

This is incredibly useful when you infiltrate restricted locations since hiding bodies means that enemies can’t spot them and notice that there is a reason to be alarmed.

This should be one of your very first unlocks.

As mentioned before in our guide on how to recruit the best operatives in the game, the Deep Profiler is an invaluable upgrade that can help you add some of the best characters in Watch Dogs: Legion to your roster.

It allows the recruitment of NPCs that hold a negative opinion about DedSec, like members of the enemy faction Albion, by allowing players to complete a slightly more challenging than average recruitment mission. These usually have a different objective or two.

Once the mission is complete, these once defiant characters can now be added to your team.

While not the most flashy upgrade on this list, the Disrupt Hack can save your neck when it counts.

This is a hack that allows you to attack an enemy’s Optik and essentially stun them for a short while. You can then take this brief moment of respite to either take them down or just run away.

And while not incredibly useful during stealth, it can still be used to quickly stun and then quietly take down an enemy that has spotted you before they can alert the rest of their friends.

Now, although there are still many other gadgets and upgrades that players can make use of if they choose, the ones mentioned above are some of the very best in the game. 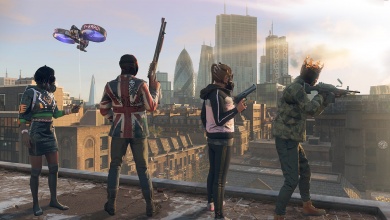 How To Recruit Better Operatives In Watch Dogs: Legion