One of the key selling points of Watch Dogs: Legion is the ability to recruit all NPCs that you see in the dystopian world of future London. You can recruit anyone you encounter whether they be hunched over pensioners or quirky street performers.

But just because you can recruit everyone, that doesn’t necessarily mean that you should. Not all recruits are made equal in Watch Dogs: Legion. The best ones need a bit more work to acquire than your average civilian.

Here are some steps you can take to gain access to some of the better operatives in the game:

Keep An Eye Out For Useful Traits

When starting with Watch Dogs: Legion, players should keep an eye out for some of these precious character traits in their recruits:

Physically Fit: This trait allows operatives to take less damage than usual, and so it lets them survive assaults that other characters might not make it through. It’s an advantageous trait to have for players who prefer a more run-and-gun style of play.

Bail Out: The bailout trait is usually associated with lawyers, barristers, and police officers. It allows players to either reduce the time an arrested operative spends in jail upon arrest or straight out dismiss their sentence.

Triage: The Triage trait is very similar to bail out, but instead of getting fellow operatives out of jail, this one allows players to reduce the time they spend in the hospital upon getting injured.

Cargo Drone: Cargo Drone allows players to summon forth a giant Cargo Drone that they can ride on top of. Using this, they can fly across the city and gain access to locations that might otherwise be hard to reach.

Vendetta: The Vendetta is a trait that has variations for each of the main enemy factions in the game. So, for example, if an operative has the Albion Vendetta trait, they will do more damage against Albion members. Likewise, if they have the Kelley Vendetta trait, then they will do more damage against Clan Kelley members. It’s a good idea to always have operatives with different Vendettas in your group for dealing with each faction.

Silenced weapons: This trait does exactly what it sounds like, and it allows the operative who possess it to make use of Silenced weapons to take down enemies without making noise. Try and look for NPCs with this trait if you prefer a more stealthy approach.

Perhaps one of the most valuable upgrades in the game, The Deep Profiler Tech is an unlockable ability in Watch Dogs: Legion that allows players to recruit NPCs who have a negative opinion of DedSec, like those who belong to the main enemy faction Albion.

Once unlocked, you can add these previously inaccessible individuals to your recruitment list, and then use the Deep Profiler option to undertake a slightly more demanding than average recruitment mission. These missions usually have a different objective or two that you have to accomplish.

After you finish, you’ll recruit these enemy NPCs, and you can then use them to waltz behind enemy lines undetected.

As a member of the resistance group DedSec, it’s your job in Watch Dogs: Legion to liberate the different boroughs of London, and you do this by changing the status of a Borough from Oppressed to Defiant.

To do this, you need to complete several different activities in each Borough which are represented by red icons on the map—completing these fill up a progress meter that eventually builds up to the Borough becoming Defiant.

Now at this point, a unique Uprising mission will become available to players, and you can play through this to basically liberate the Borough from Albion and automatically recruit an individual Operative to your team.

There are eight Skilled Operative in total, and these are:

Drone Expert: Unlocked via the Lambeth Borough Uprising, the Drone Expert can turn drones against their owners, make use of the Shock Drone ability to stun enemies, and even use drones as homing bombs.

Anarchist: Unlocked via the Southwark Borough Uprising, the Anarchist not only takes reduced melee damage but also deals much more melee damage than any regular operative. They also have access to a Smoke Grenade that can block the enemy’s line of sight.

Professional Hitman: Unlocked via the Nine Elms Borough Uprising, the Professional Hitman can make use of instant gun takedowns, a cloaking gadget and they even come equipped with their own Desert Eagle and G36 Assault Rifle.

Hacker: Unlocked via the Camden Borough Uprising, the Hacker can download keys and data from longer distances, has access to a shock attack that can incapacitate enemies, and can hack multiple targets at once.

Getaway Driver: Unlocked via the Tower Hamlets Borough Uprising, the Getaway Driver has access to their own unique sports car. They are immune to chase drones while driving, and can even make use of their Clear the Way ability to remove any vehicle and drone obstacles from their path.

Spy: Unlocked via the Westminster Borough Uprising, the Spy has access to a cloaking gadget, a slick spy car, and even their silenced P9 Pistol. The name gives this operative away.

Football Hooligan: Unlocked via the Islington and Hackney Borough Uprising, the Football Hooligan can summon allies to their side and use their K.O. Punch ability to knock out enemies without a finishing move.

Beekeeper: Unlocked via the City of London Borough Uprising, the Beekeeper has a holographic swarm of bees at their command that they can use to attack enemies and knock them out. They are also immune to all types of shock damage.

These are a few of the ways to recruit some of the most useful operatives in Watch Dogs: Legion, but of course, this is nowhere near the full list of the different abilities and tools available to the player in the game. 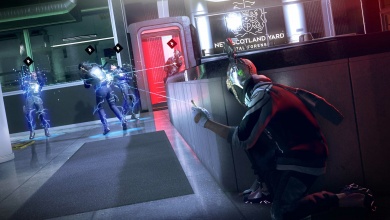 The Best Upgrades and Gadgets In Watch Dogs: Legion