Way of the Hunter is a brand new hunting game developed by Nine Rock Games in which players are promised an authentic hunting experience in large open environments set in the USA and Europe. Whenever hunting, It is important to always have the right gun for the job. Way of the Hunter features multiple weapons like rifles, and some are used to kill deers while some are used to kill bears; therefore, we have prepared this guide to inform you of the best guns in the game.

Way of the Hunter features a highly realistic and immersive hunting experience in which players will get to witness the changing of the complex ecosystem that will react and adapt according to their actions thus, players would have to learn what it means to be a true hunter.

Before we start our guide on the best guns in the Way of the Hunter, consider reading our shooting guide, in which we explain all firearms and weapons.

Guns In Way Of The Hunter

There are further two types of guns in the Way of the Hunter.

Rifles are mostly used to kill animals such as dears and bears. There are 10 Rifles in the game, out of which we have selected 5 to be featured as the best hunting rifles in Way of the Hunter.

The Steyr Scout is the perfect rifle to hunt small animals such as Red Fox. It is a Bolt action Tier 3 rifle with a magazine capacity of 5. It is paired with .223 Win bullets. This rifle can be used in all ranges, and its weight is 6.6lbs.

The Steyr SM12 has a low price and is easy to operate, which makes it the ideal weapon for newcomers if they wish to hunt Tier 6 animals such as Black Bears. It is a bolt action rifle with a magazine capacity of 3 and uses .300 Win Mag bullets.

The Steyr SM12 has great durability and functionality, which makes it one of the best guns in Way of the Hunter.

Consider reading our Way of the Hunter Tips and Tricks for Beginners guide if you are still new to the game.

The Steyr Monobloc is the most expensive Tier 5 gun in the Way of the Hunter, but not without good reason. It is a bolt action rifle with a magazine capacity of 4. It uses .308 Win bullets.

The main reason why this gun is expensive is because of its good accuracy and top-of-the-line ergonomic stock with multiple options for customization, making it one of the best rifles to hunt dears in Way of the Hunter.

The Steyr Carbon CL II is the game’s most expensive Tier 6 weapon due to its high stability and low weight, which makes hunting targets such as bears easier. It is a bolt action rifle with a magazine capacity of 3 and uses .388 Lapua Mag bullets.

The Steyr Pro Hunter II offers the best price-to-performance ratio due to its legendary durability and accuracy, making it one of the best guns in Way of the Hunter. It is a Tier 5 bolt action rifle with a magazine capacity of 4 and uses 7mm-08 Rem bullets.

The Steyr Pro Hunter II is also the ideal weapon to use at long range, making it the best rifle to hunt deers in Way of the Hunter as well.

There are only three shotguns in the base game, and shotguns are only used for hunting small animals such as rabbits and ducks. Small weapons do not make much money, so we would not recommend investing too much in shotguns.

Every shotgun in the Way of the Hunter is a Tier 1 gun. Out of the three shotguns, we have selected one to be featured as the best shotgun in the game.

The Hol-Den Jack 1502 is the most expensive gun in Way of the Hunter, but the weapon is also well deserving to be called the best shotgun due to its lightweight, and it is very responsive, which makes it easier to hunt small animals such as birds and ducks.

The Hol-Den Jack 1502 is a break action shotgun with a magazine capacity of 2 and uses 12 gauge bullets.

Consider reading our guide on how to make money in Way of the Hunter so that you can save money for these guns more efficiently.

That concludes our guide on the best guns in Way of the Hunter. The game emphasizes having the right rifle or shotgun for the animal you are hunting, whether it is a duck or a deer; therefore, in this guide, we have informed you of the best guns in the game.

Way of the Hunter was published by THQ Nordic, in which players are required to face the challenge of ethical hunting backed by a compelling story. Players can also simply explore the world and hunt in the environment freely to further hone their skills as a hunter.

The game is available now on PS5, Xbox Series S/X, and PC. We hope our guide helped you and let us know what you think about the game in the comment section below.

Next: Way Of The Hunter Vehicles 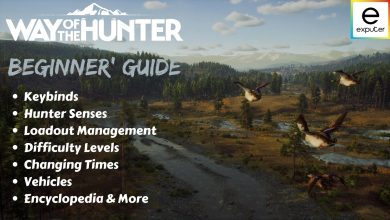 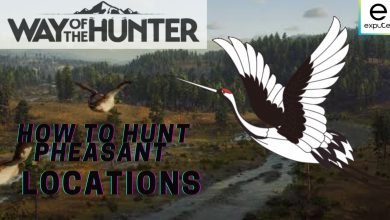 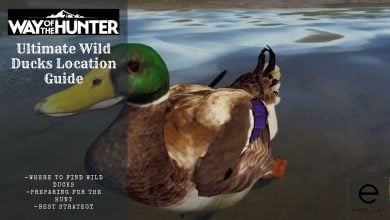 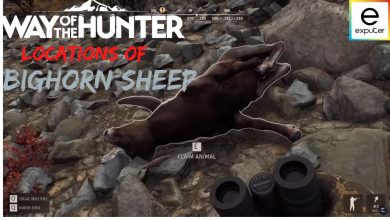