So far, some extraordinary titles have been released. Games like The Last Of Us Part 2, Resident Evil 3, Half-Life: Alyx, Animal Crossing: New Horizons, and Final Fantasy VII Remake have been in the spotlight. However, this is not entirely it, because there are more titles left to be released in 2020. I’ve ranked the most anticipated games of 2020 in a top 10 order. Along with that, I’m also going to mention their release date, trailers, and platforms. In short, I’ll give you a quick overview of the games and maybe you can consider pre-ordering them.

Cyberpunk 2077 is perhaps the most anticipated title of 2020. The game developed by the Witcher Studios CD Projekt is set to release later this year. Cyberpunk 2077 features futuristic gameplay in first-person mode. Players will play as V(the main character) in Night City, which is being described as a fictional California.

The game’s plot is quite interesting as players will be given three options to start with. Each option starts the game in a different way. However, in the latter stages of the game, all these stories end up quite similar because the whole plot is circled around a rare prototype, that has the ingredient to immortality.

Along the journey, you will face a lot of challenges with your boss Dextor DeShawn. Somehow, you will end up meeting the famous legendary figure (Johnny Silverhand) played by Keanu Reeves. Afterward, the story completely changes, and twists like these make Cyberpunk 2077 absolutely worth pre-ordering.

The second game on our list is Ghost Of Tsushima from the Infamous Studio Sucker Punch Productions. Ghost of Tsushima was first revealed in E3 2018, however, it was completely forgotten. Earlier this year, the game had its first 4K Gameplay Footage shown that was absolutely mind-blowing and captured the eyes of all PS4 Users.

The game is action-adventure & stealth-based. Ghost of Tsushima plot starts with Jin Sakai, who is apparently the last samurai alive during the First Mongol Invasion of Japan in 1270. Based in Feudal Japan, the game has a lot of religious shrines, villages, animals, forests, and the overall topography is beautiful.

Jin belonged to a Samurai clan, who was wiped out by the Mongol Army, with the help of many superior weapons. After the successful invasion of Japan by Mongols, Jin lost everything. However, he is now motivated to take revenge, but this time he won’t use a sword. Because those do not work. Therefore, he will adapt to the ways of Ghost, thus the name Ghost of Tsushima.

The Overall game is quite beautiful. It features breathtaking landscapes with excellent details of everything. Moreover, since Jin is a samurai, there is a lot of spirituality involved. Things like Meditation, following the wind, and noticing the patterns of nature are part of the game. If you are a Witcher 3: Wild Hunt or Assassin’s Creed Fan, I can assure you that Ghost of Tsushima would give you the same vibes.

The combat is pretty fast, as you will be consistently killing enemies with Sharp Swords. A thing worth noting is that Ghost Of Tsushima does not exactly feature open-world meta. However, the developer says that during the missions. Players will have the freedom to enjoy the open world of Fuedal Japan.

Recently revealed at the PlayStation 5 – Future of Gaming Show. Spider-Man: Miles Morales is coming to PlayStation 5 later this year. The game is somewhat expansion to the original Spider-Man. However, this time the players will be playing as Miles Morales. The game from Insomniac games does not have a lot of info. All we know is that its a standalone game with a newer story, fresh content, and a better map.

Nothing much to plot, but we know from the first game that Miles somehow gets the Spider Powers and tells Peter about it. Afterward, Miles completely transforms himself into a new appearance of Black & Red Spiderman. Like all other superheroes, Miles also focuses on keeping his state safe of criminals. 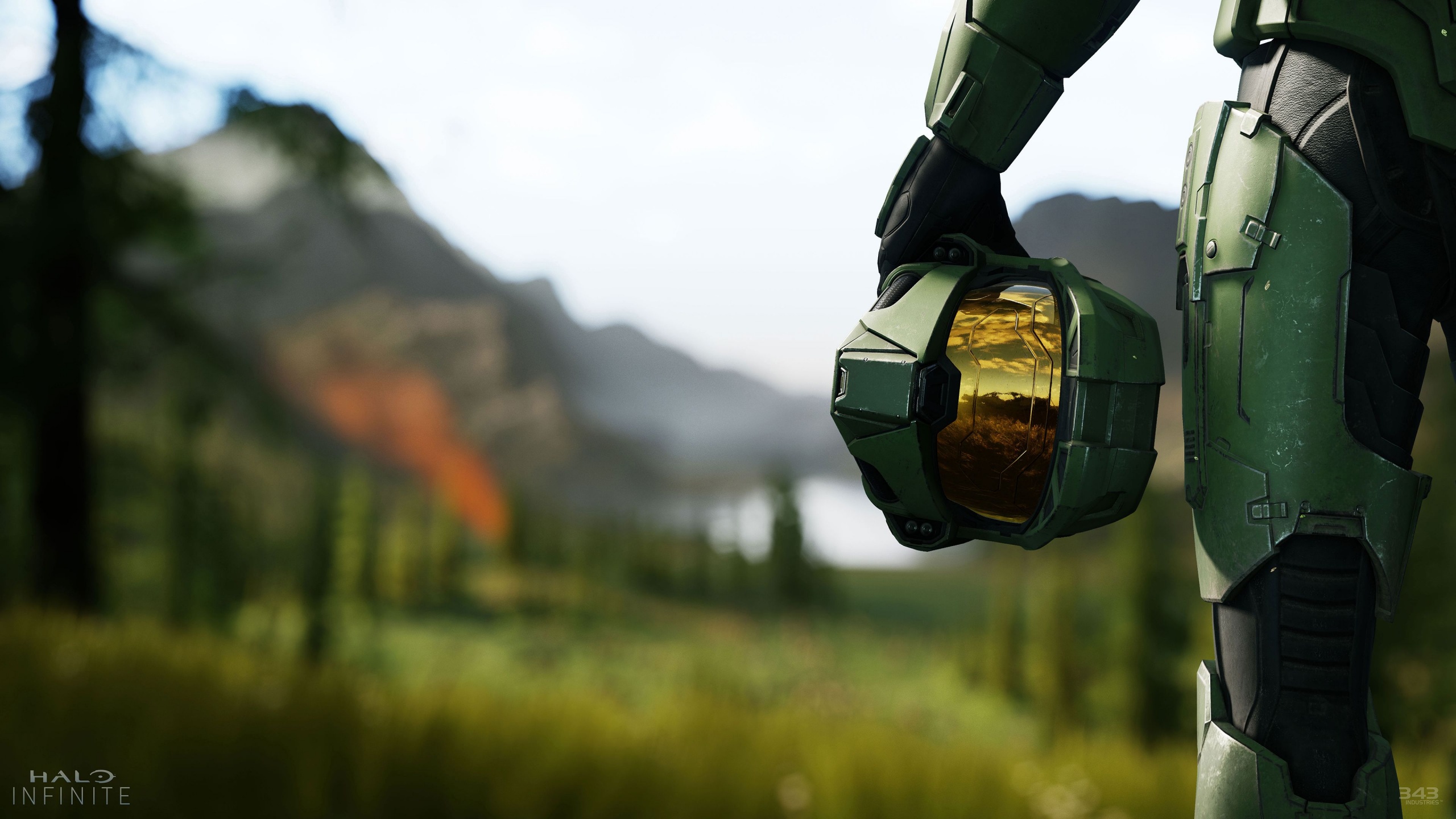 Halo Infinite is also making its way to Xbox Series X, Xbox One, and Microsoft Windows Later this year. The game from 343 Industries is the sixth entry to the Halo Series. So far the game has only received a trailer, that focuses on master chief just getting started. Moreover, the trailer also mentions “that we lost everything, and its time to get it back”. The plot so far is unknown and there are a lot of fan theories. Anyway, as of this moment July 21, all we know is that Halo Infinite is a “spiritual reboot” of the Halo Series. Along with that Developer, 343 Industries said “Halo infinite will mark the beginnings of a new chapter and challenge for Master Chief”.

If you are a Halo fan like me, and you want to hear more about the game. Make sure you tune in for the Xbox Series X Event, which is scheduled for 23 July. Halo Infinite so far has received amazing responses for its 2018, and 2019 E3 Trailers. The game has made it to the headlines over and over again, for being the most anticipated Xbox Series X Game.

Like other Crash Bandicoot games, this one is no different. Players will play in cartoonish worlds and run continuously. On their way, they will collect loot, complete missions, and pop some enemies. Crash Bandicoot 4 received overwhelmingly positive feedback from the PlayStation & Xbox Community. The game is one of the most anticipated titles of 2020.

The next Assassin’s Creed to join the AC Series is also coming later this year. The game Assassin’s Creed Valhalla is set in the Viking Era. Players will play as Eivor, who will lead his clan and migrate from Norway to England in the Ninth Century. As a leader, it’ll be your job to take care of all sorts of things and expand your kingdom to ultimately conquer England.

The RPG Style gameplay has some pretty insane combat system. Things like Joint Raids, Conquest Battles, Customizing Your Settlements, Upgrading Structures, Crafting, Doing Quests, and many more things are part of Assassin’s Creed Valhalla. Further, the game has received excellent feedback from the fans. Many players were eager to play in Vikings Era and Ubisoft has just given them that.

Apart from that, its breathtaking Map, Open World Features, and Assassins Creed Blackflag glimpses have gotten everyone’s attention. The game is developed under the creative Director Ashraf Ismail, who is well known for his works with Assassin’s Creed Black Flag and Origins, which were a massive success.

Do you remember the iconic Microsoft Flight Simulator Games from the early 2000s and 90s? Well, it is back with a newer version that will blow your mind.

The Microsoft Flight Simulator franchise as we all know is known for its extreme details to the Airplanes World. Likewise, the upcoming Microsoft Flight Simulator 2020 is no different. The game will feature a full replica of the entire world, yes you heard me right. This means you can easily locate your house, and a fly a plane above it. This was done through the Bing Aerial View & Image Elevation Data. The maps were then transformed to 3D, and enhanced for the game.

Apart from excellent graphics, technologies involved, and detailing. Microsoft Flight Simulator’s highest edition will have 30 handcrafted airports and 20 highly detailed planes. These 30 airports are just the ones that are highly edited and re-created. The game itself will have 37,000 Airports that will be rendered from the bing map.

Similarly, all of these planes are completely inspired by their respective models. Microsoft was able to make arrangements with official plane companies and make exact airplanes with nearly identical specifications. The same thing goes for airports, sim experience, and air routes.

In short, Microsoft Flight Simulator is going to be one of the finest Sim games we have ever seen.

Next in line is the Mafia: Definitive Edition, which is going to be a remake of the legendary Mafia 1. As you would have thought, Mafia: Definitive Edition takes you on a journey with Incredible Mob Life. As a player, you will be as Tommy Angelo, a taxi driver in the city of Lost Heaven. Tommy gets involved with the Mafia through some specific events. After which the game’s story takes a massive twist.

The only thing that was missing from the original Mafia 1 was good graphics, which will be now sorted out by the remake. The Remake was announced alongside the Mafia 2 and Mafia 3 Definitive Editions. Unlike Mafia 2 and Mafia 3, Mafia 1 will get a total remake, and so far the game has received phenomenal feedback on its remarkable in-game screenshots. The original Mafia Game has excellent reviews all over the internet and is considered to be one of the all-time great mob games.

This year we are also getting a new Watch Dogs game. The new game Watch Dogs Legion is now the third installment in the series and a sequel to the Watch Dogs 2. The game starts in a fictional world, that is inspired by London. So what makes Watch Dog Legions really interesting is that it has perhaps one of the most incredible features I have ever read.

The game has no npc’s, yes you heard me right. Watch Dogs Legion will allow you to play as any character you want. Therefore, everyone in the game is playable. This newly added feature will allow you to expand your forces, and resist the surveillance state and establishment. Once the character dies, the game allows you to choose another one from your army, and do missions through him.

Apart from providing excellent action-adventure gameplay. Watch Dogs Legion is quite strategic, because as a leader of the resistance. It’ll be your job to choose the right people to expand your team. Subsequently, the game allows you to see every person’s profile, and then you can see if they are fit for your clan. In short, the game has a pretty unique idea, and I think it’ll do really well.

The last game on our list is Tony Hawk Pro Skater 1 + 2. This game I mean is just going to full fill all my wishes for 2020. Growing up in the 90s, I always loved the original Tony Hawk Franchise, and seeing the beloved game being remastered I’m really happy.

The original game mechanics, physics, and rhythm are still going to be the same. Vicarious Visions’ ultimate focus was to relive the memories and enjoy the game with much better graphics. For the same reasons, they have also gotten access to nearly all the original soundtracks and layer code of the original game. Therefore, expect some chills when you play it for the first time.

So far, Tony Hawk Pro Skater Remaster has received incredible feedback from the Gaming Community. The game is set to be published by EA and will be released later this year on PS4, Xbox One, and PC.

We are in for a treat!

2020 Looks to be a great year for every gamer. That is to say, major projects like Assassin’s Creed Valhalla, Microsoft Flight Simulator, Watch Dogs Legion, and of course Cyberpunk 2077 are set to release this year. So far, most of the games look to be open world, which is obviously a great thing. Along with that, we are also seeing the return of some classics like Mafia: Definitive Edition and Tony Hawk Pro Skater.

Lastly, these games are not to be judged on their rankings. All of these games are going to be exceptional. I just wanted to rank them based on my likings and disliking. Let me know in the comments, which games you are looking forward to in 2020.