With No Man’s Sky latest update Origins now in the wild, lots of players are either coming back or are entering the procedurally generated universe of No Man’s Sky for the first time. One of the cool new additions to the game in the recent updates has been exocrafts. These super cool and nifty vehicles are great for traversal across the endlessly varied planets in No Man’s Sky: Origins. As the latest version of the game introduces new planet types, highly mixed terrain, new plant, and alien lifeforms as well. This means new weather systems like tornados as well as rare appearances by giant sandworms!

To be able to easily soak in the new sights of No Man’s Sky Origins, you’ll need to get your hands on an exocraft to make traveling across these varied and new terrains much easier. These crafts when upgraded correctly can locate points of interest, mine for resources as well as help battle the local sentinels and dangerous creatures.

Here are the different ways you can unlock your first exocraft in No Man’s Sky.

No Man’s Sky is a game that relies on its player base to get distracted and go off exploring the various planets and galaxies. If you want to gain access to your first exocraft as quickly as possible, we suggest that you stick to the main quest. As you enter the game in the starting planet, follow the usual tutorial steps in the beginning of the game – this includes mining for resources to repair your spacecraft’s thrusters.

As you come to the point in the game where you are introduced to the base building – you will be introduced to the Construction Research station. This is a base-building research terminal that allows you to spend salvaged data to gain access to better construction items and other fun things. Once you complete the mission expanding the Base, you’ll have access to the exocraft section of the construction research station.

The new Origins update has made it easier to gain access to exocrafts compared to previous updates however to unlock the various crafts you’ll need to have amassed a large amount of Salvage Data. How do you get your hands on some Salvage Data? Luckily, it’s pretty straightforward but having said that it is quite the grind.

Use your trusty scanner to find a ‘buried technology module’. These are easily found on any planet. Make your way over to find a cache containing salvage data. As you play, look out for these and collect as many as possible to be able to unlock the best and coolest exocrafts through the Construction Research Station.

After completing the mission called Expanding the Base, you will now unlock the Exocraft Terminal blueprint, go ahead and create the terminal, given that you have the appropriate amount of salvaged data. Salvaged data can be found on any planet, simply use your scanner to look for Buried Technology Module, go over to the area and use your mining beam to gain access to the cache – it’ll be buried underground.

Back to the topic at hand – to gain access to the Nomad vehicle and other blueprints you’ll have to hire a technician, a Vy’keen technician to be exact. This should trigger the Exocraft Technician mission.

To make things easier, make your way to a space station and find any Vy’keen as every Vy’keen is a technician on space stations. As you complete missions given by the technician you will be gain access to the Nomad rover, the first exocraft in No Man’s Sky.

Another way of gaining access to the exocrafts in No Man’s Sky is through the space anomaly. As you play the main quest about 3 to 4 hours in, you’ll come across an atlas interface. Once prompted choose “consent”. After this point in the game, space anomalies will spawn randomly and quite frequently in the game. As you enter the anomaly for the first time, you’ll be able to summon the space anomaly any time when traveling between planets.

Enter the space station and find the construction research station and navigate towards the transport modules to be able to unlock the blueprints for the various exocrafts in the game. Within this space station, you can even upgrade exocraft technologies that can give you better scanners, and higher speed for your vehicles.

We hope to have helped you experience the exocrafts a lot quicker and easier for the new No Man’s Sky Origins update. 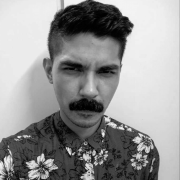