Remember yesterday when the new Microsoft Surface was leaked? Well today Microsoft officially announced the Microsoft Surface Go, the cheapest Surface model yet. At a mere $70 ahead of the iPad Pro, it’s going head to head with some of the most popular tablets on the market.

The Surface Go takes everything a regular Surface can do and just scales it back a bit. The Go features a screen at 3:2 resolution measuring 1200-1800 pixels, just as we suspected. We were also right in assuming that you’ll be able to choose from models with 4GB of RAM and an SSD with 64GB of storage, to 8GB RAM  models with 128-256GB of SSD storage. The Surface Go will be running on an Intel Pentium 4415Y processor running at a base clock of 1.6GHz and 6W while also carrying the graphical power of HD Graphics 615. All this while weighing little more than a pound.

On the IO side of things, this Surface will provide you with a USB-C port for data, video, and power, a headphone jack, and a MicroSD card reader for extra storage capabilities. This model will also have its own Surface Pen and Type Cover to go along with it, because this thing is basically a laptop with extra benefits.

The Surface Go will be priced at $399, the cheapest Surface tablet to date. 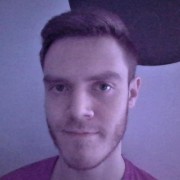 Tim is currently pursuing a career in video game design and development and is combining that with his passion for writing to make his thoughts heard. The industry is growing ever upwards and he wants to be a part of it any way he can. His love for video games extends to the custom PC he's built and maintained over the years with only the best parts he can find