The original Overwatch was at one point one of the most popular online games ever made, known for popularizing an entire genre called the “Hero shooter.” And then Overwatch 2 was first announced back in November 2019 at Blizzcon, and much about the game had remained a mystery until only recently when Blizzard unveiled much of the new content that we were going to get with the release of Overwatch 2. That is why this article will discuss all the changes from the first game in Overwatch 2!

While a lot of it is confirmed not to be coming to the game on its release on October 4, Overwatch 2 has been confirmed to be free to play with a long-term plan to support the game over the course of many years.

From the stuff we have seen in both the closed beta and all the promotional content regarding Overwatch 2, one thing that’s been very noticeable across it is all subtle yet obvious changes made to the default outfits of just about all the characters in Overwatch 2 as compared to the first game.

This includes Tracer, Lucio, Widowmaker, and Genji, to name a few. For example, Genji’s default skin resembles modern techwear, certain aspects of Tracer’s outfit are a lot more defined, and Lucio has a much more technical, futuristic outfit this time around.

If you want to learn more about the existing heroes and know how they rank against each other, consider reading our tier list on the subject: Overwatch Tier List: The Best And Worst Heroes In the Game!

Overwatch 2 will be launching with seven brand new maps on release. One of the main complaints with Overwatch 1 was its very slow roll of new maps as well as the questionable quality of certain maps. Hopefully, in Overwatch 2, we can expect a much more consistent quality of maps across the board. These 7 maps include:

Possibly the biggest change from the first game is the fact that, unlike the first Overwatch, Overwatch 2 will be completely free-to-play for everyone. This includes all content accessible from the get-go at no price at all.

While the game was initially announced to be a full-priced $60 product, it appears that Blizzard realized that maybe the game just didn’t have enough to justify an entirely new purchase for content that most players expected to be added to Overwatch 1 for free.

Many big games are starting to become free-to-play. Another franchise that is well-known and decided to go free to play is Skate 4; find out more about it here: Skate 4: Everything We Know So Far.

Courtesy of being free to play, Overwatch 2 will have a much different progression system compared to Overwatch 1. The first game rewarded you with loot boxes that gave you special skins or coins to buy skins of your choice or Golden Weapons for your main hero.

However, Overwatch 2 will be switching to a modern Battle Pass system akin to something like Fortnite or Apex Legends. As for what content we can expect from the Battle Pass, it’s likely that it is going to be all cosmetic items or currency like skins, sprays, and coins.

Starting off the slow rollout of new heroes, we’ll be getting Sojourn as the first hero added to Overwatch 2. Sojuorn is a DPS character who plays somewhat similar to Soldier 76 with a more traditional skillset and easy-to-understand abilities.

Sojuorn uses an automatic railgun that has two firing modes. Primary fire functions like any other assault rifle but using it will also charge up the weapon’s energy letting you fire off a more powerful secondary railgun shot.

She also gets an AoE ability that deals chip damage as well as a power slide that can be canceled into a high jump. Her skillset makes for a fast and engaging playstyle that sounds like the perfect fit for players who prefer to play aggressively.

If you love characters with a lot of power or are just generally into superheroes, definitely check out: Midnight Suns: Everything We Know So Far!

That is really all they did to change the classic maps, and while some players prefer the new changes, many are on the other side of the spectrum wondering, “Was this really necessary?”. In any case, this is what Blizzard has decided.

Speaking of visual changes, another game that is getting a lot of visual upgrades and pretty much a remake is The Last of Us part 1. You can read more about it here: Last of Us Part 1 Remake: 10 Things To Know!

Perhaps the biggest change in Overwatch 2 is the addition of a PvE mode, something that the first game partially lacked.  Overwatch 1 featured many limited-time PvE events in the form of events like Junkenstein’s Revenge, the Anniversary events, and more.

But Overwatch 2 will include a full PvE campaign featuring actual missions with unique encounters and events instead of the more basic events we got in the first game. This aspect of the game will be fully fleshed out as much as the multiplayer portion and will feature its own unique skill trees for each of the playable heroes, as shown by Blizzard.

Co-op can definitely make games a lot more interesting when done right or used in the right genre. Survival games are usually the greatest when it comes to co-op; find out more about a great upcoming survival game here: Sons of the Forest: Everything We Know!

Instead of the traditional 6v6 that Overwatch players were typically used to, with Overwatch 2, Blizzard has made the decision to scale down the matches to 5v5 affairs. According to the devs, this is to promote and emphasize the role of each role in any given team and coupled with the balancing changes being made to the characters in Overwatch 2, we hope that it’s a decision that pays off.

Overwatch 2 will also feature some new game modes. Only one of them has been announced as of yet. Called “Push.” In it, players will have to fight for control of a robot who will push either team’s barricade into the other’s spawn.

Overwatch 2 will feature a ton of new balance changes for most of the currently present heroes. This change has already started to begin in Overwatch 1 with complete reworks of certain characters like Orisa, and it’s going to be interesting to see how some of them will function in Overwatch 2.

With that we wrap up all the changes in Overwatch 2 from the first game. The game has some exciting changes while others are worrying certain players. We’ll have to stick around to see how it turns out! 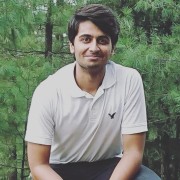 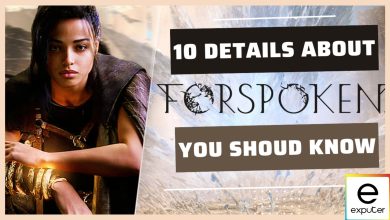 Sons of the Forest: Everything We Know [September. 2022] 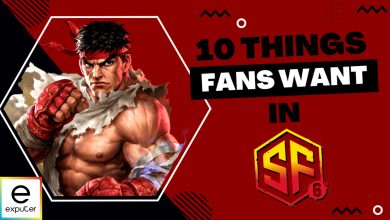 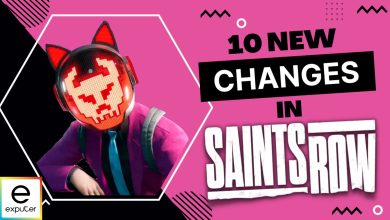 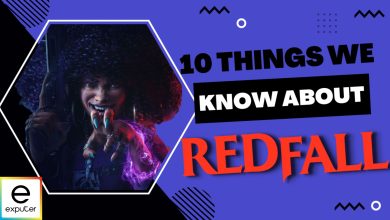 Redfall: 10 Things We Know So Far