PlayerUnknown’s Battlegrounds also known as PUBG is the most famous shooter game in 2018. It is a battle royale game in which up to 100 players are put against each other at a time. The match proceeds until only one player is left surviving.

The central goal of the game is to remain alive as long as you can. In fact, the sum of time you spend alive directly affects your score. The higher you manage to survive, the greater your score will be. In this guide, I’ll point out some tips and tricks for beginners that can assist you to survive longer so you can feast on that chicken dinner! 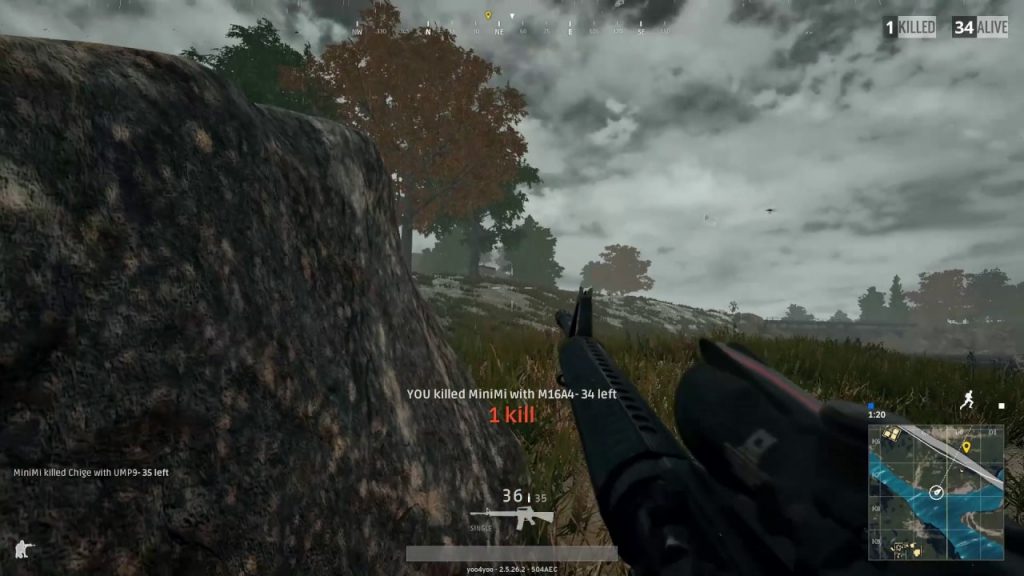 In this guide, the main focus is going to be the solo FPP game. That’s the mode I have the greatest experience with and can advise some valuable tips on. I have personally reached the top 4% utilizing these techniques, which may appear dull if your aim reflexes aren’t that good and you’re a novice to the FPS realm.

So, here are some essential tips and tricks for amateurs on how to endure and perhaps even shine in Playerunknown’s Battlegrounds.

When to Dive Down From the Airplane 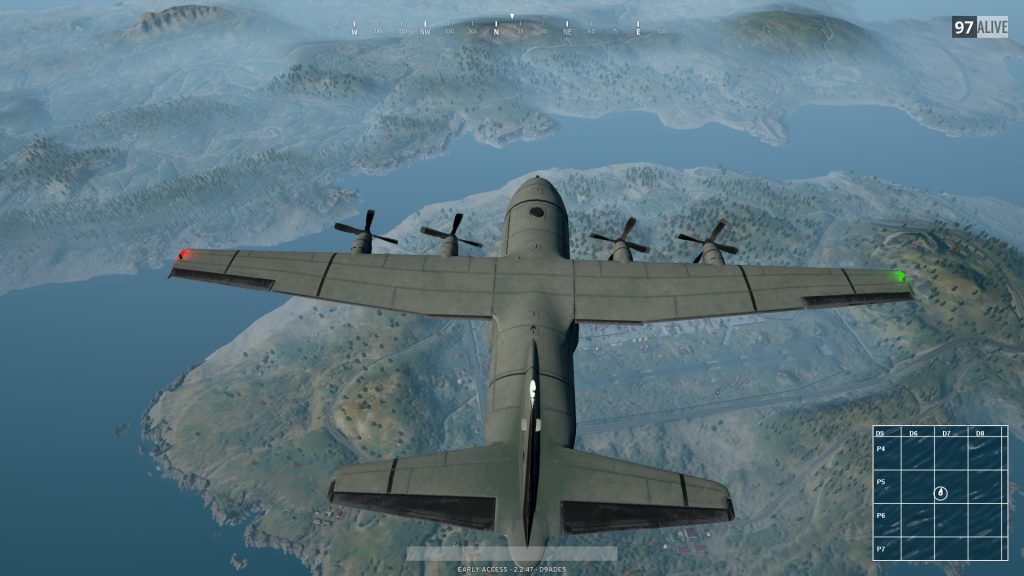 This is a very important aspect to keep in mind every game. To maximize survivability, you need to hop from the plane when it is about 3/4 of the route over the map.

After that, you need to fly as far away from the flight route as you can. If you don’t know how to then just press the W button and aim your mouse in the location you wish to go.

On your way below, try to choose a small group of houses to arrive at and bypass large towns. Reason being that other players point to approach to towns in my experience.

As soon as the parachute unfolds look nearby and check if there are other players dropping below near you, if you see none then you’re safe. If you spot a player close by, try to drive away from him while finding a house to enter.

When you’ve descended, explore the area for weapons and loot, while keeping an eye out for other players. 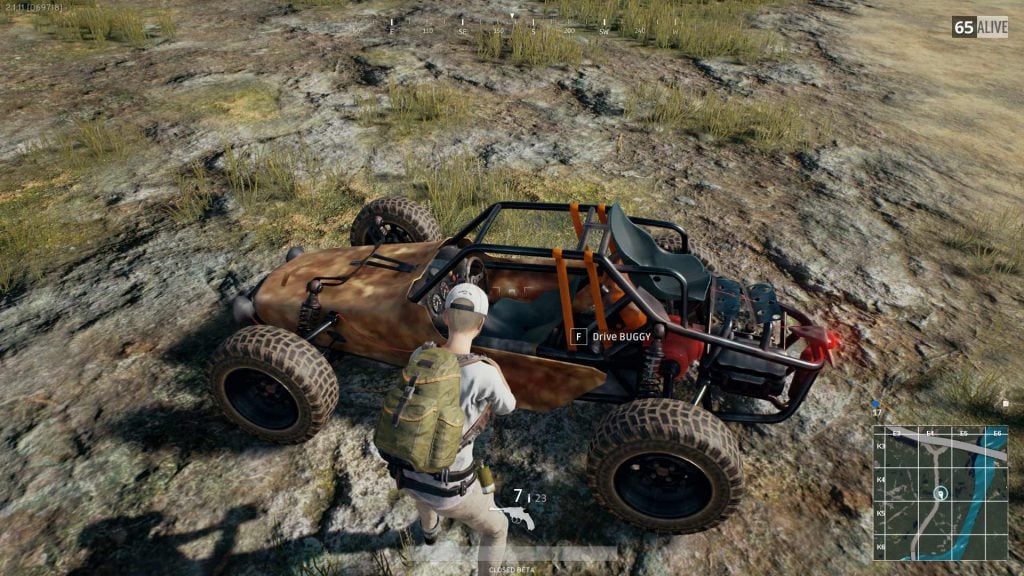 Transportations in PUBG are indeed great fun. They’re a tad wonky and buggy and sometimes they can be the cause of great excitement. But, they are terrifying when it comes to surviving in PUBG.

The noise a vehicle’s engine makes can be caught far away from it, which lets every gamer around that knows what he’s doing know your precise location. And while some are quick, a good marksman can easily get a headshot on you, also the shield of a vehicle is not all that excellent.

The right way to utilize a vehicle, in my opinion, is to take one if you are outside the play zone and utilize it to reach the center of the play zone. Then you drive into the wild and abandon the vehicle.

Sneaking in the Wild 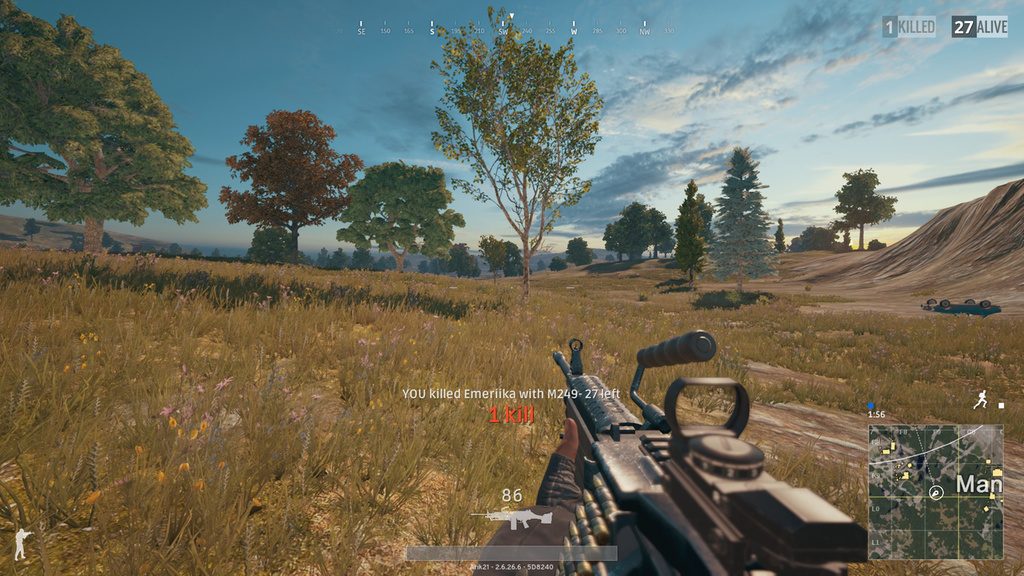 For maximum survivability, you should try to linger in the wild as much as you can. I know it’s tedious, but if you really want to get that chicken dinner, this will keep you alive. When I state the wild here, I mean an area which has little to no buildings.

The central thing is to sprint while crouching in the wild and simply move when you have to. This decreases the sound you make and makes you somewhat harder to spot. Just be cautious to remain in the play-zone at all times.

If you come upon a bunch of three to four houses while in the wild and those houses are nearby to the center of the play-zone you should see if you can enter the house and camp there. Again, yes, it is tedious, but it will guarantee you live longer.

This trick is an odd and funny one. If you position yourself in a bush, crouch and don’t move, other players will have a very hard time spotting you. Various times I have had players run around on top of me before getting shot and sometimes even run past me from behind.

I think it has something to do with how the game renders the environment, but I have no idea really. Then again, I might just be lucky, who knows.

In any case, by all means, try some bushes.

This is one of my favorite ways to survive longer. If you are ready to enter a house that is found somewhere close to the center of the play zone you should camp out in it as long as you can.

The trick is to close the doors that lead to the outside, thus making it seem as if no one has entered the house. Then, place yourself at a point where you will surely get an easy shot at anyone entering the house.

Now, this is not a fun way to play, in fact, it is really boring. But, it will keep you alive longer than running around like a chicken. And on the positive side, it really irritates and disturbs players when you kill them this way.

Don’t Shoot at Every Player you See 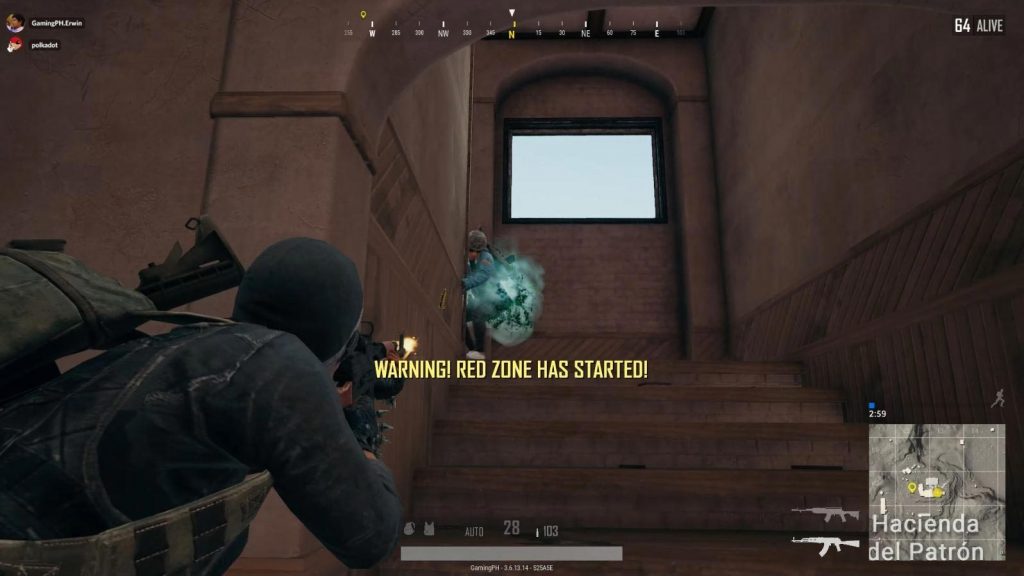 Ultimate tip, don’t fire at everyone you see. This might seem antithetical to the purpose of the game, but whenever you shoot someone it makes a sound that other players can hear and react to. Many times I have tried to snipe opposing players, only to get shot in the back.

Also, if you see players in vehicles, remember that their field of vision is limited so they will have a hard time seeing you. Why not just let them move on and get killed by someone else, or kill someone else, or better yet, both.

Just remember, only shoot when you have an easy kill or you’re being shot at.